If You Think This Is Your Average Engagement Photo, Think Again

Have you ever noticed that when your friends are posting their super adorable, just-engaged pics they always seem to have perfectly manicured nails? I know people who have sensed a proposal was coming and made it a point to keep their manicures on point, so that must be a thing – and I’m betting so is putting off taking those “impromptu” pics until they can sit down with a bottle of polish and get down to business.

Well, if you ever get engaged and find yourself with fingernails not worthy of Instagram, you’d better hope you have a friend (or cousin) like Jenna here in your corner. 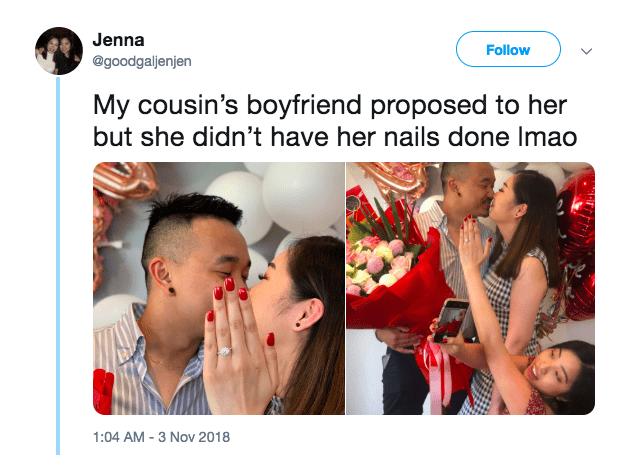 She was there when her cousin Diana’s boyfriend sprang the proposal (and Diana said yes) but then the girls debated what to do about taking a picture, since it had been a while since Diana had time to pamper herself.

“Diana is a super hardworking nurse so she rarely ever gets her nails done,” Jenna told Scary Mommy. “We were really excited about taking some photos to help her show off her ring, but she was a bit hesitant about using her own hand since she hadn’t gotten a mani.” 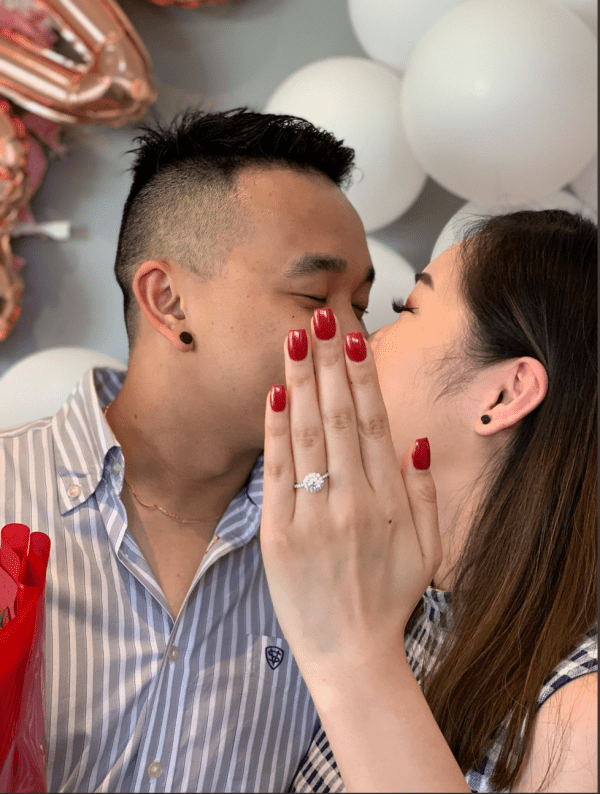 They talked about waiting while they painted (and dried) her nails, but in the end, were too excited – and Jenna had a better idea.

She offered her own hand, pretty red manicure included. 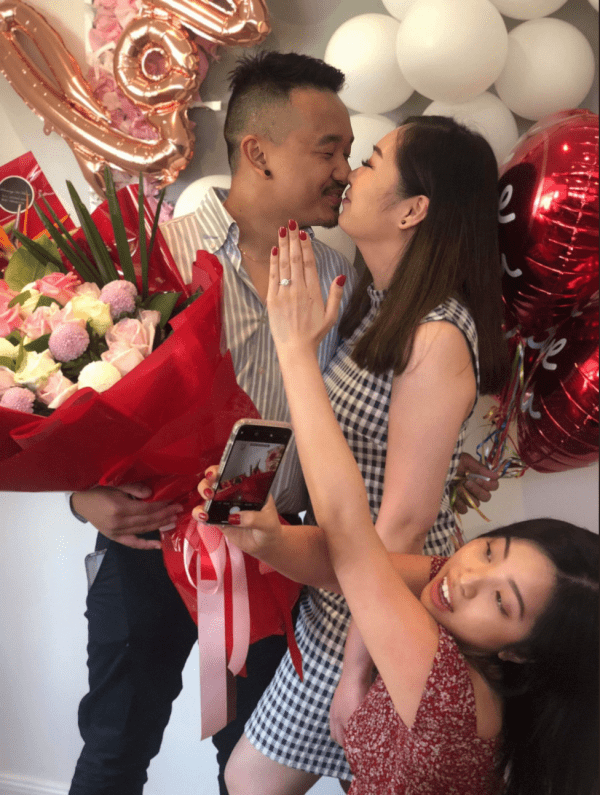 And honestly, the pictures turned out adorable – no one would have known had they not shared the full shot (which has now gone totally viral).

The internet loved it, too, with everyone giving the girls a fistbump for solidarity and hoping that, when their time comes, they have someone like Jenna there to make the moment picture perfect.

I think we all want that every day, not just on the day we say yes!