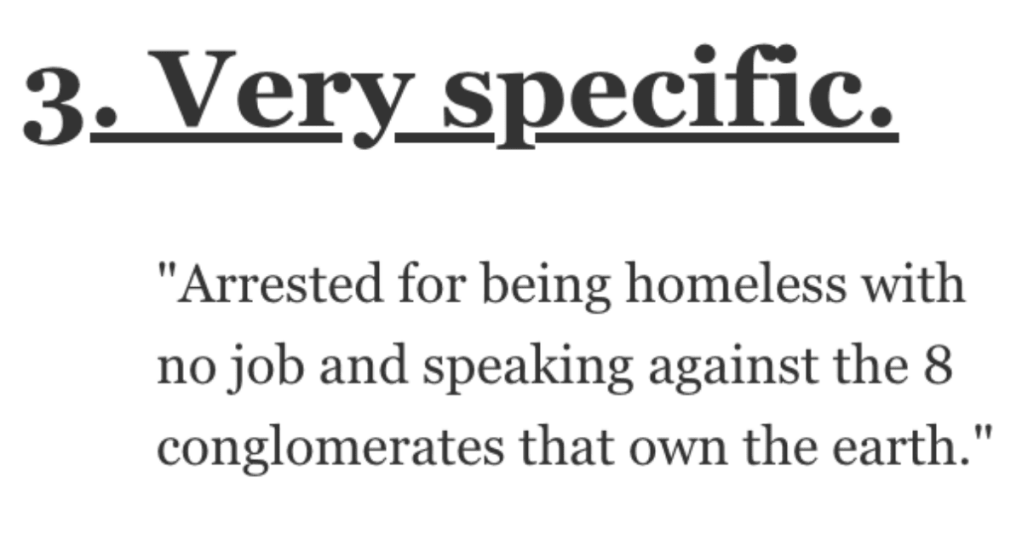 If You Went to Prison in the Future, What Do You Think It Would Be For? People Responded.

First of all, let’s say a special prayer and hope that none of us ever have to go to prison.

Or if you’ve already been there, that you never have to go back.

Okay, now that we have that out of the way, let’s play a game!

If you were to go to prison in the future, what do you think it would be for?

Let’s check out what folks said about this on AskReddit.

“I didn’t call back about my cars extended warranty.

“Nothing, I am innocent.

I have been falsely convicted.”

“Arrested for being homeless with no job and speaking against the 8 conglomerates that own the earth.

By that point I’d have been in prison for nearly the whole 20 years.”

“So many counts of public urination.

“Took a job at the prison.

That’s the only way I am trying to get anywhere near prison.”

I worry about having kids with the wrong person. for no good reason, because nobody will ever want kids with me and I’ll not be in any good position to have them by myself, but regardless.

I think about how I’d take them and run.”

Can’t really think of anything else.

“I live in Canada, so I probably said something that was offensive, so I got canceled, and landed in jail.”

“In my daydreams it’d be some kind of Carmen San Diego-style heist. Maybe steal all the ravens from the Tower of London or something cheeky like that.

But more realistically, it’d be smuggling and/or contempt of court and/or B&E.”

“Someone probably hurt someone in my family and the cops weren’t able to prove it.

I’d absolutely go vigilante in that situation, even if I knew I was going to prison.

Other than that, I think they got the wrong guy.”

“Johnny Law must’ve finally caught up with me for causing that pileup on I-40 back in 2018.”

“Took a rap for one of my kids.

If I’d k**led someone myself, I wouldn’t have gotten caught.

Only my kids make me that stupid.”

What do you think you’d go to prison for?