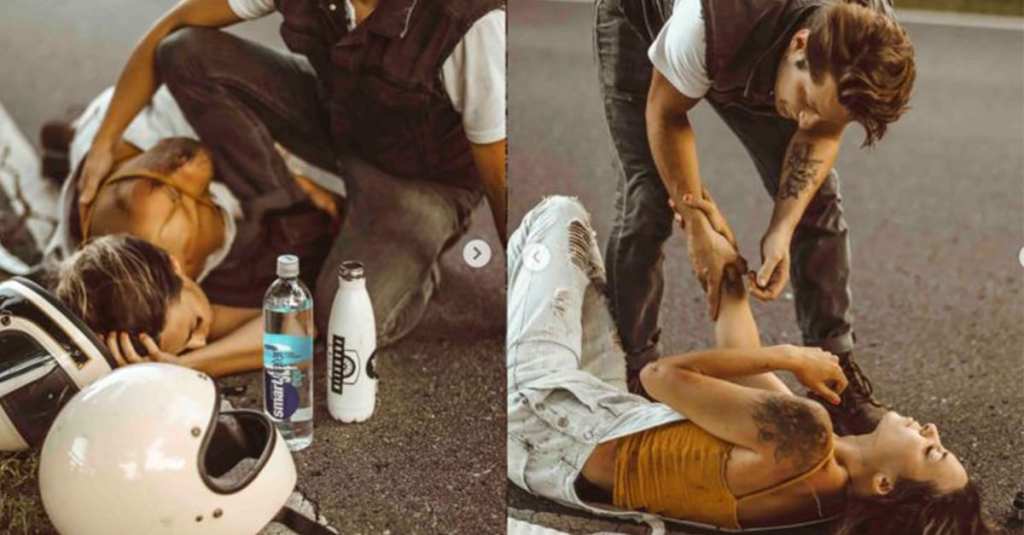 I’m still trying to wrap my head around how this “influencer” culture that surrounds us actually works. So people are famous and make a living because they have a lot of followers on Instagram…but I’m not really sure what they actually do.

But what do I know? Very strange times we live in… so let’s move on to the story.

A lifestyle blogger named Tiffany Mitchell, who has more than 200,000 Instagram followers, was called out by some people on the social media network because of her decision to turn her motorcycle accident into an impromptu photoshoot that she posted online.

Everything started pretty nicely. Look how happy she is! 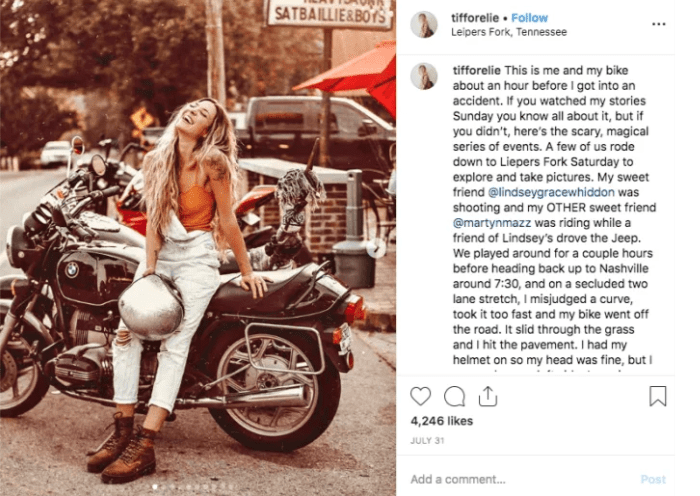 But then… she crashes. 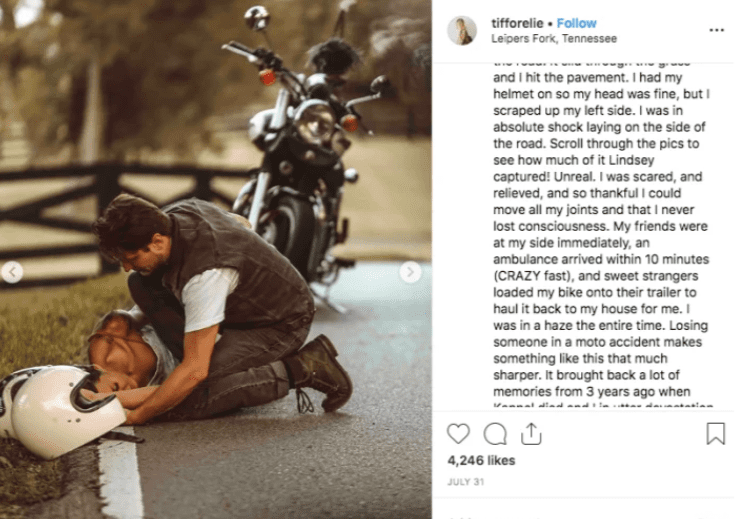 Because… doesn’t this look odd?

I mean, where did the water bottles come from? 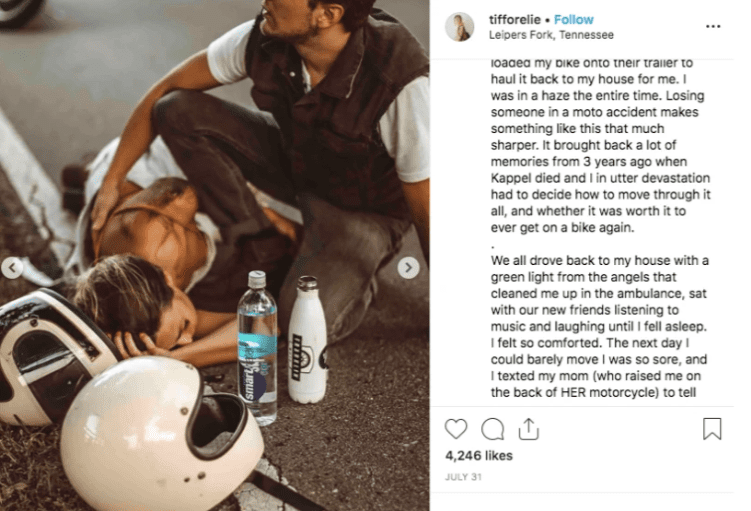 A lot of Mitchell’s followers wished her well, but there were some who thought the whole accident (and photoshoot) was a staged scene. 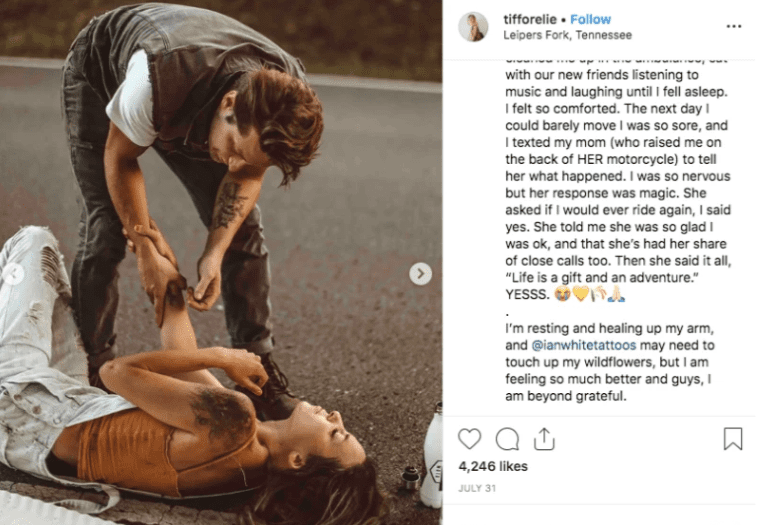 “This must have been super scary and I’m glad you’re okay, but… if my friend continued to take photos while I was lying semi-unconscious in the road, I’d be furious.

I love your photos but it’s a little weird to include those.”

Here are some more responses from people who were cynical that the accident even took place: 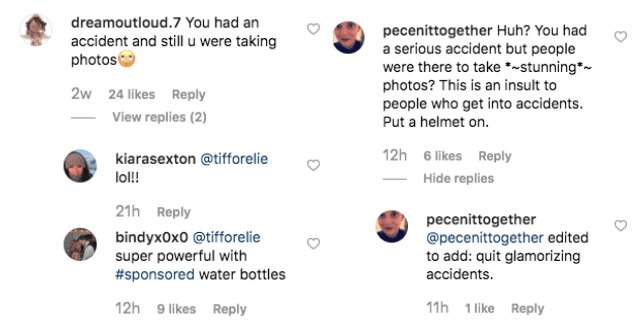 Mitchell insists the accident was legit. She said,

“I didn’t know she was taking them, but later on when she showed them to me I was so grateful that she captured such an intense moment for me.”

“All motives for taking the photos and sharing them along with the details of the experience were good. I

’m really sad that raising this topic without all the context may inspire negativity and hatred, but I did my best and hope whatever happens can add to people’s lives in some way.”

Other commenters pointed out that the perfectly placed bottle of Smartwater was a little curious, but Mitchell insisted,

“I would never turn a very important personal story like this into a brand campaign. The water was given to me while I was resting.”

In response to all the backlash, she posted this photo and explanation.

What do you think about this? Real? Staged?