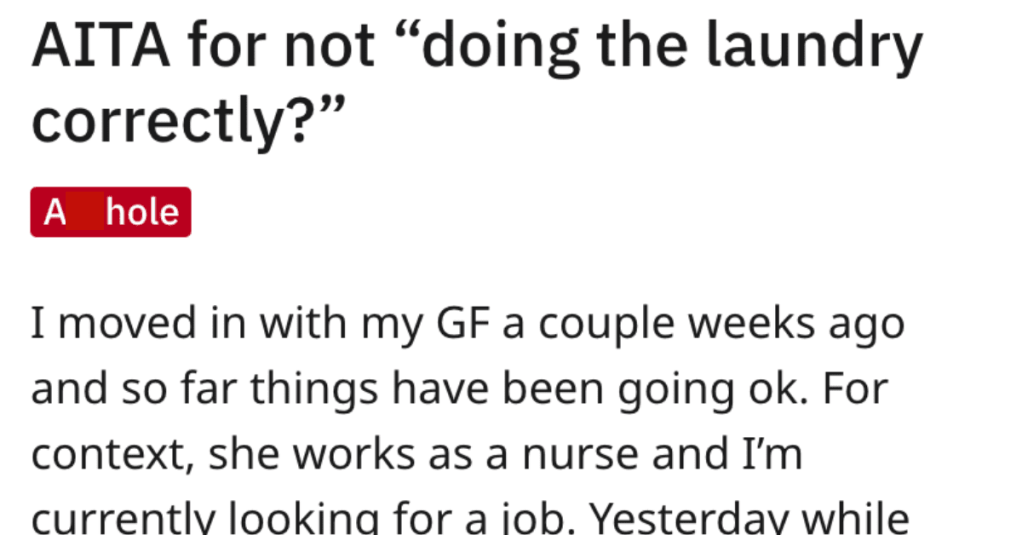 Is It Cool To Feign Incompetence So You’re Not Asked To Complete A Task Again?

Many moons ago, when I was still a young pup, my father thought it would be a good idea to teach me how to mow the yard. Now, I was a teenager. I didn’t want to mow the yard; I wanted to sit in front of the television or with my book all summer long.

So, I mowed the yard crooked, my dad threw up his hands and never asked me to mow again.

Like I said, though, I was a lazy teenager – the man in this post claims to be a full-grown human male capable of being a partner in an adult relationship.

He’s just moved in with his girlfriend, who is working full time as a nurse during a pandemic while he “looks for a job” at home.

While she was away at work one day she asked her bf to please put away the laundry she’d done.

I moved in with my GF a couple weeks ago and so far things have been going ok. For context, she works as a nurse and I’m currently looking for a job. Yesterday while she was working she texted me and asked me to put away the laundry she did that morning before going to work.

This already annoyed me because I had just spent an hour applying to jobs and just wanted to relax and watch tv, but I said ok.

He was “annoyed” by this because he really wanted to “relax” in front of the television after a hard hour of job hunting but he did it anyway…very poorly.

Because he has “never cared” about how his clothes look.

I never really cared about my clean clothes looking nice or anything while I’m not wearing them so I kinda just cram my clothes in my dresser. I don’t have a ton of clothes so they fit fine. She on the other hand has a lot of clothing.

When she got home she was upset because she couldn’t open her drawers and her clothes were wrinkled.

So I finish doing the laundry and go back to watching tv. When she gets home she starts screaming at me and telling me that I didn’t do her laundry correctly. She was mad because I didn’t fold her clothes and just crammed them in the drawers and she couldn’t get her drawers to open easily.

He informed her that’s how he “does laundry” and if she doesn’t like it she should do it herself next time.

I told her that that’s how I do laundry and if she didn’t like it then she should just do it herself. She started screaming at me again and we went to bed angry left for work today without talking to me.

AITA? I don’t feel like I did anything wrong I think she is just being difficult.

Yeah. I think we can all guess how this feigned incompetence is going to fly on Reddit, but let’s hear what they have to say, just to make ourselves feel better.

First, simple question: are you a child? 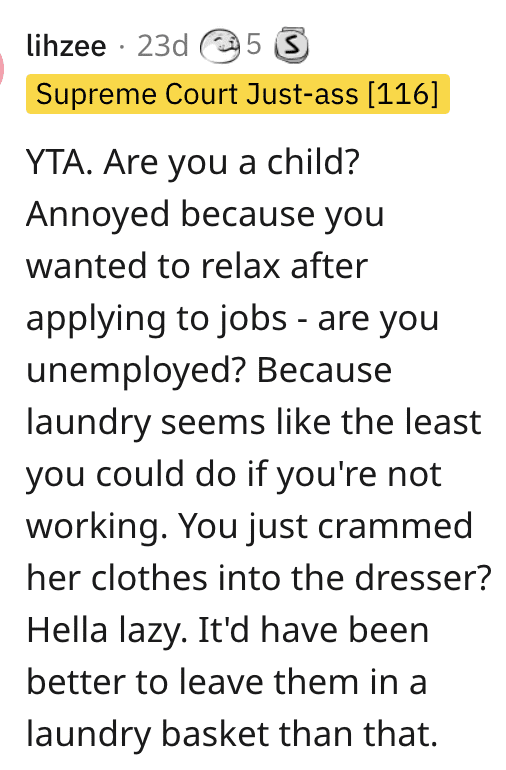 If you spend a whole hour looking for a job and then need a break, the answer is probably yes. You are a child. 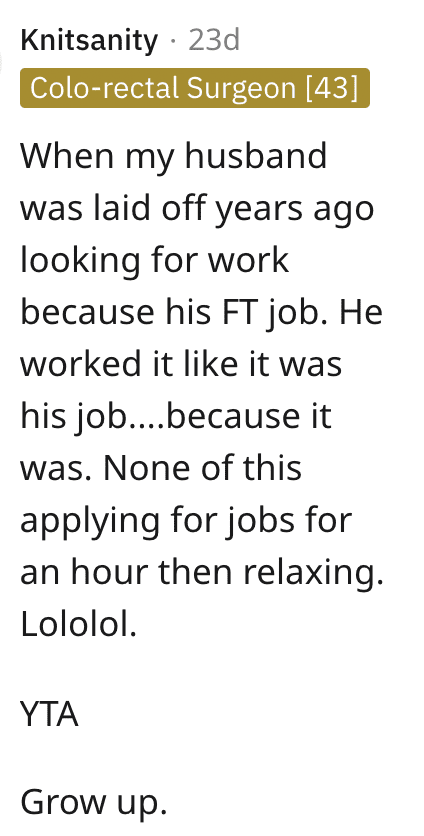 100% he thinks this will get him out of future requests to help with the laundry. Next he’ll move onto the dishes.

When one person is home and the other person is working, the person at home really shouldn’t have to be asked to keep up with household tasks.

We agree that this is an instance where it would be best to just throw the whole man out. 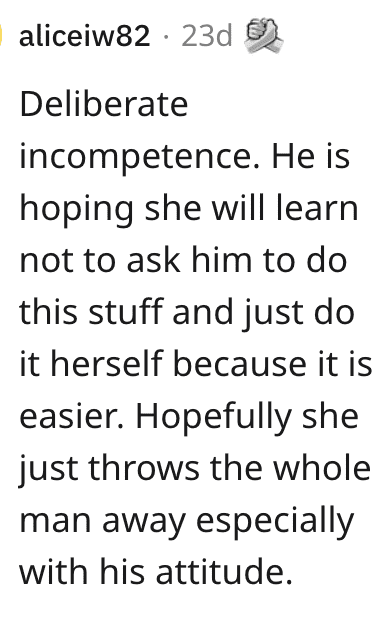 Y’all, as a grown woman I cannot with this practice that seem to be WAY to widespread. Just say no to allowing this bs in your relationships.

How do you handle feigned incompetence from your partner or kids? Drop your tips in the comments!