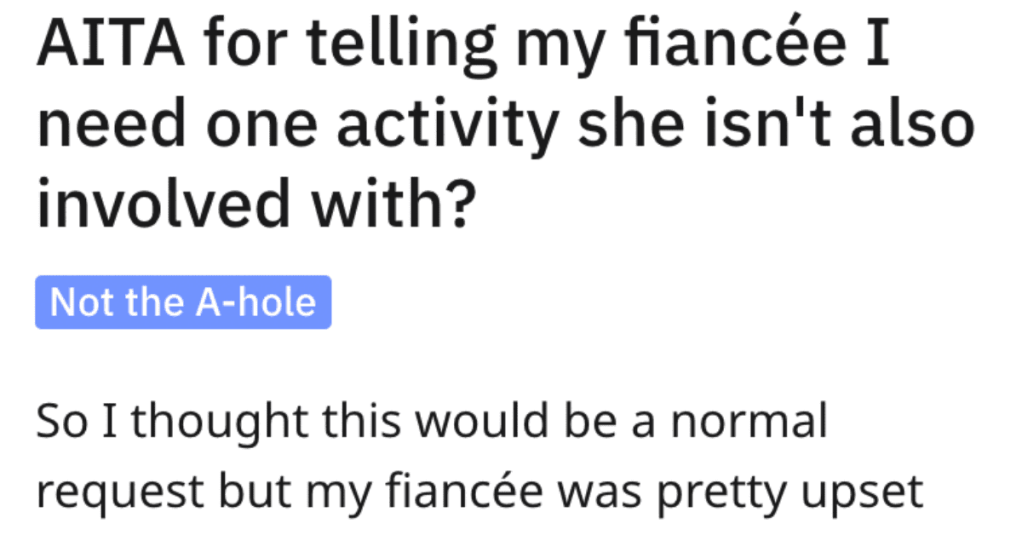 Is It OK To Tell Your Fiancee You Need Some Spaces That Are Yours Alone?

It’s obvious to most of us who are married or have been in long term relationships that a commitment to another person necessarily means sharing things – activities, space, friends – but for most of us, that doesn’t mean sharing everything.

We all need space to breathe, hobbies that we can enjoy alone, and time with our thoughts, right?

This person is realizing that his fiancee may not be on that same page, though, because after meeting, dating, and getting engaged, he’s started to need some space – and she’s not OK with it.

They already share friends, sewing, roller derby, and a home, with no end in sight.

So I thought this would be a normal request but my fiancée was pretty upset by it and now I’m questioning it and wondering whether I’m being rude to her.

Basically ever since we started dating my fiancée has been joining in with every social activity I do. She started hanging out with my group of friends, pretty quickly becoming friends with them, which was great because I was happy my friends liked my girlfriend and they got along so well.

When OP joined a kickboxing class and the fiancee expressed an interest, they asked her not to join as they were wanting something that was just for them.

The fiancee is upset, thinking this request is indicative of a deeper issue, but OP doesn’t think the request is weird.

It started to become a bit overwhelming that I didn’t have any activities I was doing that didn’t involve her, and I didn’t have any friends she wasn’t also friends with. I love spending time with her, but l also want to do things without her.

So when I joined a kickboxing class and she mentioned she wanted to join as well, I asked her not to. I said that I love spending time with her, but l also want to do some things without her.

She said it sounds an awful lot like I’m saying I get sick of spending time with her, and she doesn’t understand why I’d be opposed to spending more time with her.

The simple answer is that love and marriage is great, but you don’t need to be each other’s whole world. 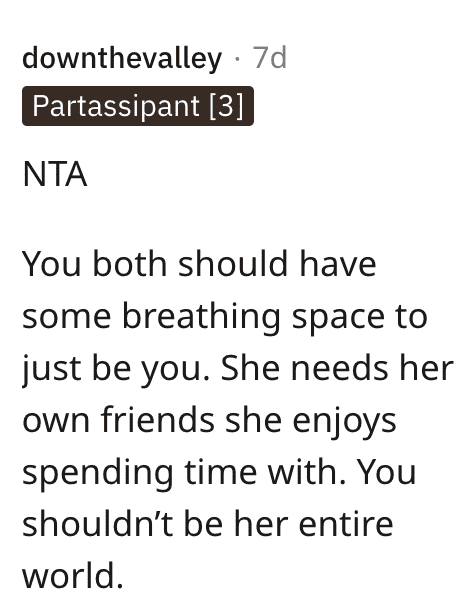 Codependency is not a sign of a healthy partner/relationship. 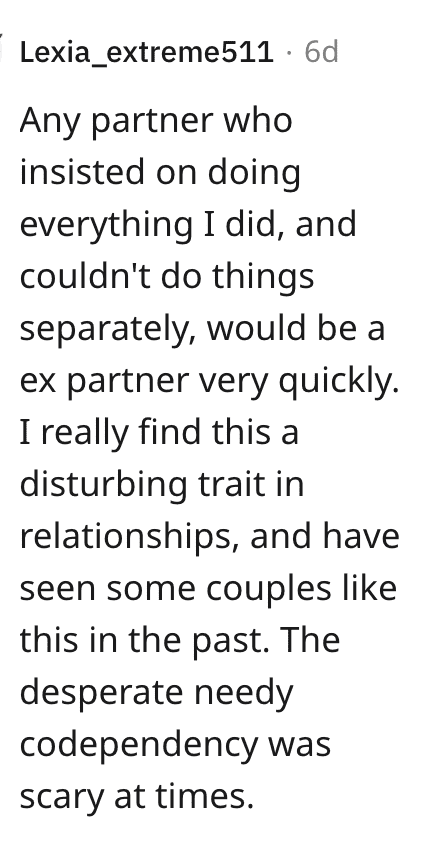 It could definitely be a sign that more is wrong than meet’s the eye.

Exhausting is one word for it. 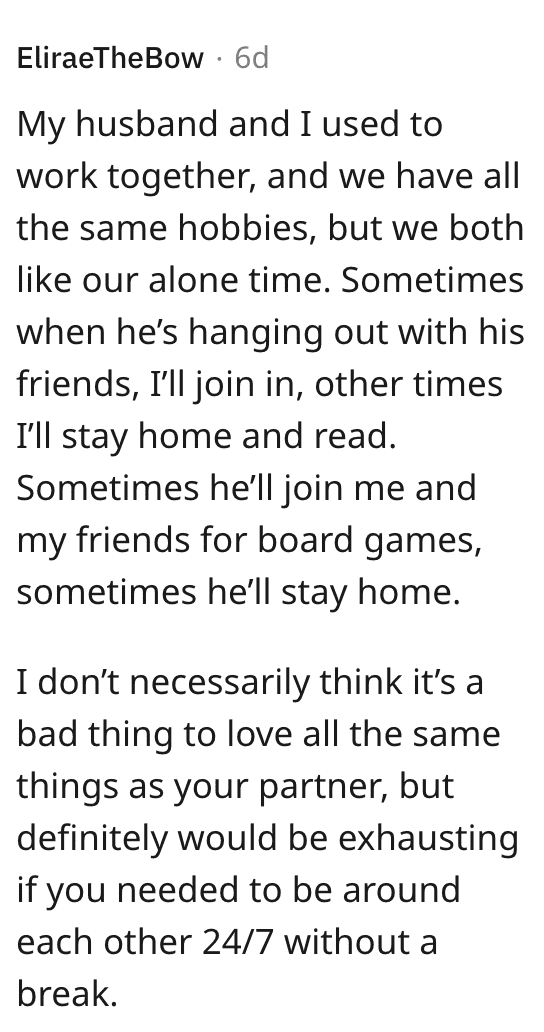 It might be a good thing that they’re finding all of this out now. 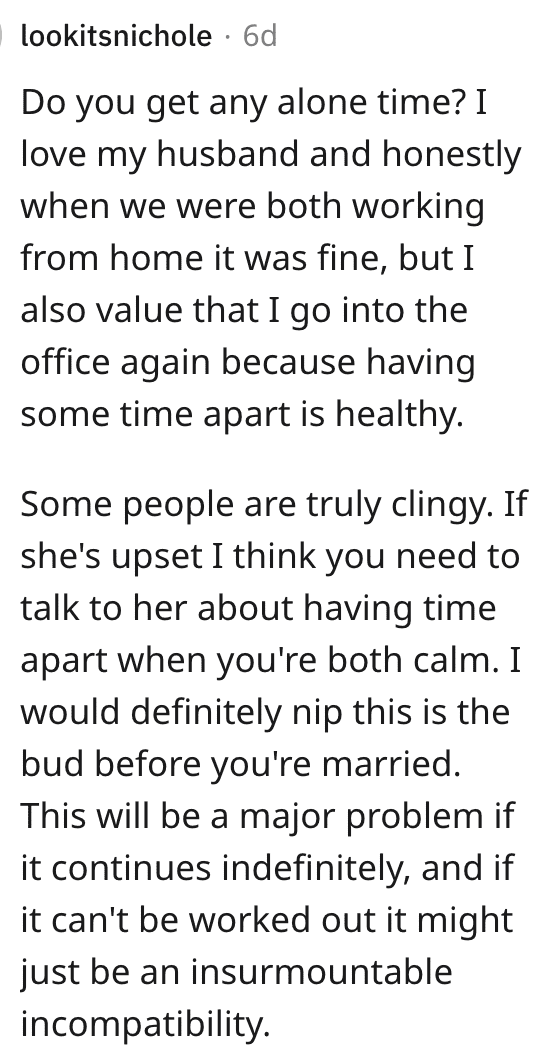 Y’all, this is one of those that I’m not sure how it’s going to turn out, and honestly no one is really wrong or TA.

What do you think? Is it going to work out? Let’s discuss in the comments!