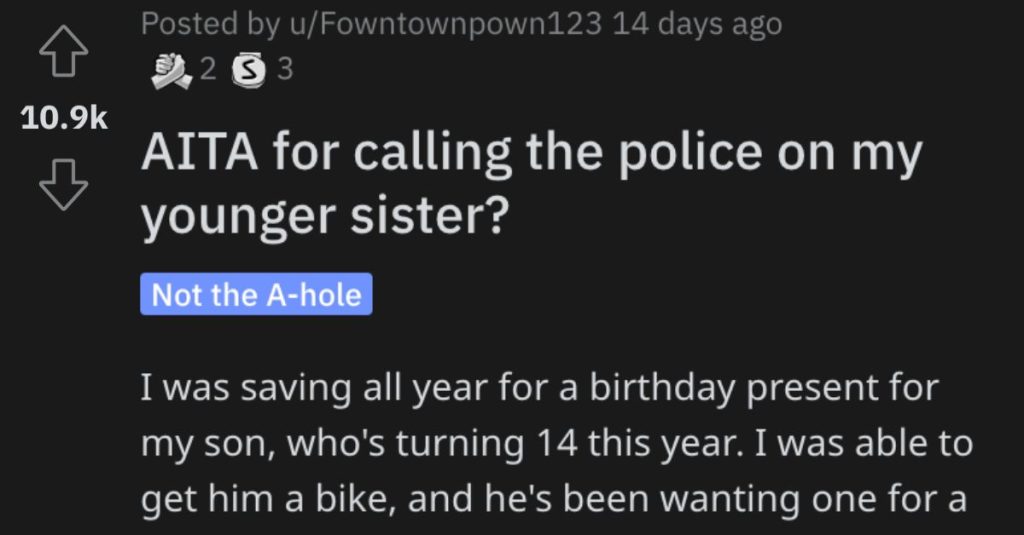 Is She Wrong for Calling the Police on Her Younger Sister. Here’s What People Said.

This really does not sound good, does it?

Calling the cops on your own sister?

Sounds like this family is dealing with some serious issues…but did she go too far?

Read on to get all the details.

AITA for calling the police on my younger sister?

“I was saving all year for a birthday present for my son, who’s turning 14 this year.

I was able to get him a bike, and he’s been wanting one for a while since he grew out of his old one about a year ago. His birthday is next Friday, and he’s been extremely excited.

The bike was kept in my parents garage, and my sister, who’s also 14, decided to take it out for a joyride and managed to get it stolen. I told her she had to find it in 24hrs or I’d call the cops.

My parents thought I was just trying to scare her but I really wasn’t. I’m a single parent and saved for months just to get it.

My sister couldn’t find it, so this afternoon I called the police and they’ve told me they probably won’t be able to get the bike back but my sister will end up getting a slap on the wrist.

My parents are mad at me, because I have the potential to ruin my sisters life with this. AITA?”

One reader said she’s NTA and they came up with a plan of attack for this situation. 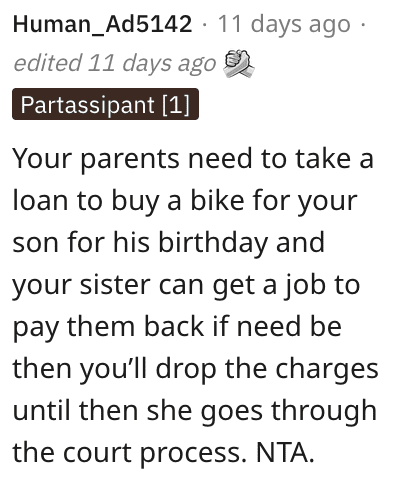 Another Reddit user agreed and said her son shouldn’t miss out on this because of what her sister did. 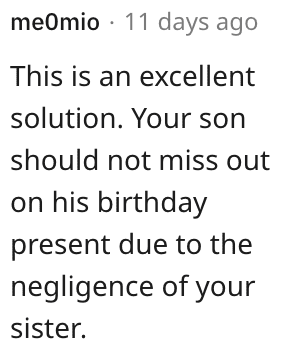 And this individual said she’s NTA but her sister and her parents are.

Let us know what you think about this story in the comments.