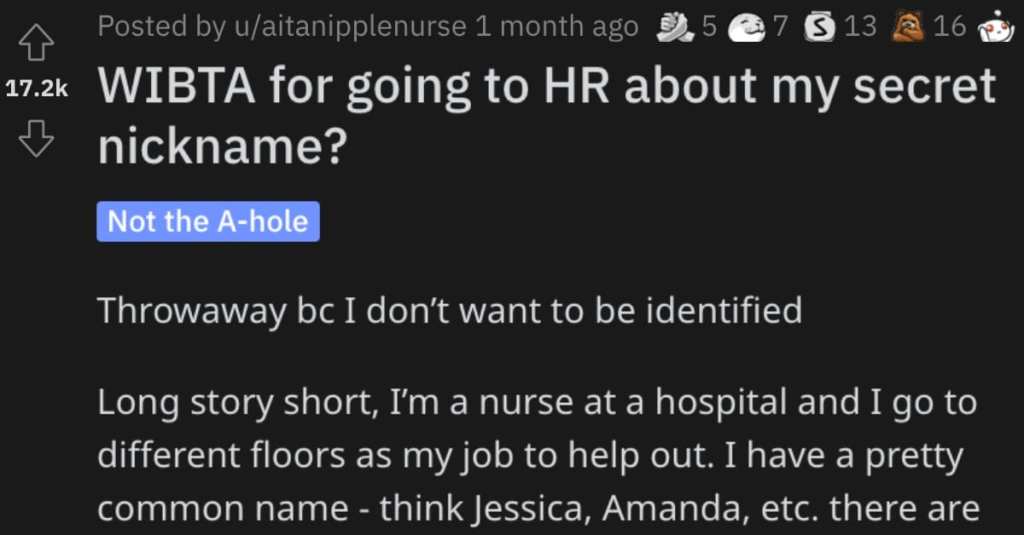 Is This Nurse Wrong For Wanting to Go to Human Resources About Her Secret Nickname? Here’s What People Said.

Whenever you get HR involved in a work issue, you know some s**t is gonna go down.

And that’s what happened when a woman found out about a secret nickname that co-workers have been using behind her back…so she took to Reddit’s “Am I The A**hole?” page to see if she would be wrong to hit up HR where she works.

WIBTA for going to HR about my secret nickname?

“Long story short, I’m a nurse at a hospital and I go to different floors as my job to help out. I have a pretty common name – think Jessica, Amanda, etc. there are several Nurses with my name throughout the hospital and sometimes multiple on the same floor.

Today I was working on a hall with a new nurse who didn’t know me yet. She commented on how it was weird that this floor had 3 Jessica’s on it. She asked me which one I was (I guess she thought I worked just on that floor) and I told her my last name.

Then she asked if I knew “Jessica with the nipples that works on float pool”. The charge nurse was near by and I noticed her eyes get kind of big and she looked nervous all the sudden.

I was confused for a minute bc id had never heard this description and as far as I knew I was the only Jessica in float pool. It dawned on me that she was referring to me without knowing I am apparently “Jessica with the nipples.”

I guess this was just a known thing about me? Cause that nurse avoided me like the plague all day and so did everyone else. The charge nurse tried to make it into a joke with me at lunch and I laughed to hide my embarrassment but I am mortified.

I had noticed my nipples sparingly in the bathroom mirror and thought it was just a rare thing when cold. I guess my nipples show thru my sports bra and scrubs on a regular enough basis that it’s become my secret identifier.

I told a friend I was thinking about going to HR about this but they said it was obviously a harmless identifier that I was never suppose to find out about so it should have been no harm no foul – the same as “Jessica with red hair” etc. I feel like it is not harmless though to use an identifier that is so embarrassing and made me the butt of jokes.

I think I could be the AH because I don’t know what HR would do and what if it is too extreme? I don’t want anyone fired.”

Now let’s see how people reacted to the story.

This person said this kind of behavior is unprofessional and is bad for the work culture. 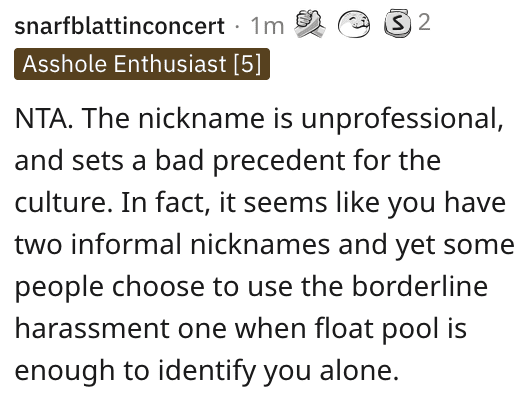 Another Reddit user said they were surprised that no one ever told her this before…good point. 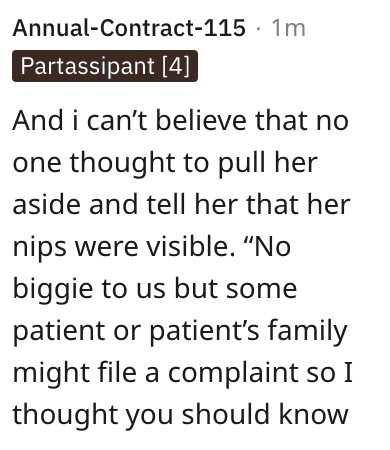 This reader said that the fact that people went behind her back to make up a nickname instead of letting her know was pretty messed up. 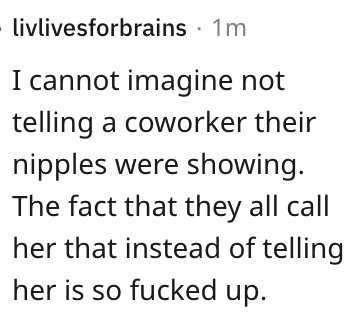 And finally, this person said that people just need to GROW THE HELL UP. 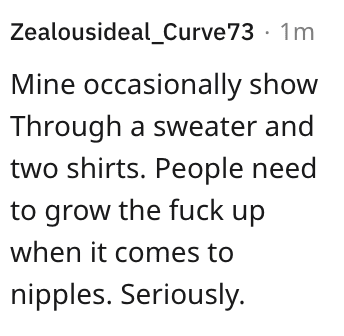