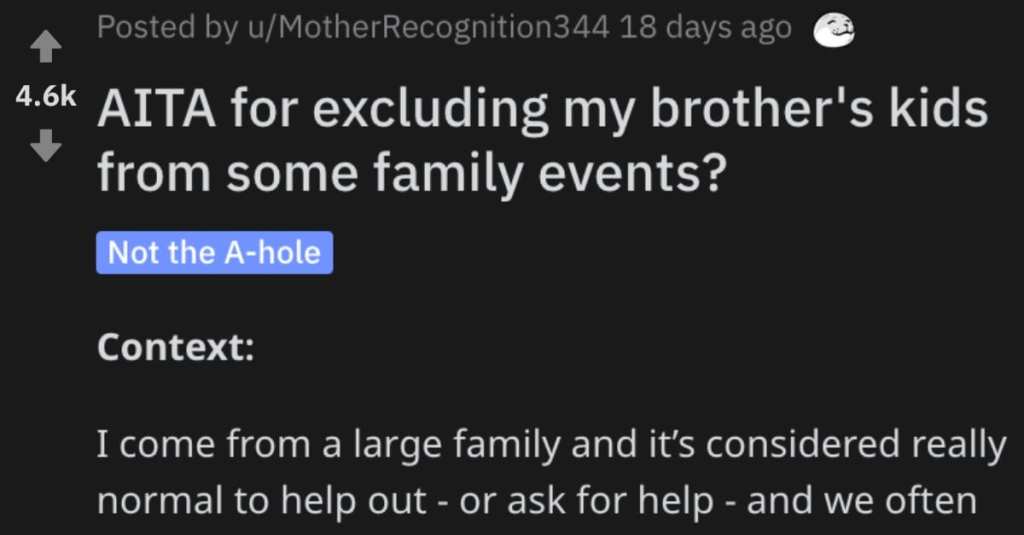 Is This Person Wrong for Excluding Brother’s Kids From Family Events? Here’s What People Said.

Trust me on this one: the bigger the family, the more drama there’s gonna be.

And that’s the kind of story you’re about to read from someone on Reddit’s “Am I the *sshole?” page.

And this one involves their brother’s children…so it might get touchy.

AITA for excluding my brother’s kids from some family events?

“I come from a large family and it’s considered really normal to help out – or ask for help – and we often watch each other’s kids, pick things up for each other, run errands, etc.

I would describe us as laid back and generally low-conflict. If people have an issue with something someone does, we usually address it with them privately so as not to embarrass them.

One of my brothers is married to my SIL, and they have kids, all under the age of 7.

SIL has really… specific ideas about parenting and what her kids should be allowed to do. She expects us to abide by her rules when her kids are at other family member’s houses with the rest of the cousins.

If the rules aren’t followed, she doesn’t say anything directly, but instead sends an email to the person with clear instructions on what they did wrong. The emails read like something from a boss? This happened a number of times over the years but an event that happened last fall caused the current issues.

During COVID, my mom has been babysitting the kids in our “pod” during the day and helping them with virtual school. Often there are 5+ kids there at a time.

One of SIL’s rules is that her kids cannot have any food with dyes in it. No allergy, it is a general health thing. My mom forgot and gave one of her kids a popsicle during the day because everyone else was having one. The child was eating it when SIL picked them up, and while she didn’t say anything at the time it was clear she was upset.

My mom then received an email that began: “Per our recent discussion, it was my understanding that you understood that [child] cannot have food with dyes in it…” It then contained bullet points suggesting how she could improve.

My mother was really insulted. In addition, SIL CC’d my dad. He went to their house to speak with them, and SIL apologized for her communication style, but pushed back on the dye thing and wanted an apology from my mom. My mom apologized but also no longer watches their kids regularly, by her own choice.

Ever since that happened everyone is pretty cautious around them and their kids. If we are doing something that might violate her rules, we don’t invite them. This is honestly most things we do because the stuff she bans (exposure to any form of violence, refined sugar, dyes, yelling, playground equipment above 5 ft, etc.) – are not things we have issues with (within reason) with our own kids.

Recently my brother asked me and my other siblings about it and we were honest – we feel like we are walking on eggshells around them. He says she communicates about serious topics through email because of her anxiety disorder. He defends her behavior as “Mama Bear” tendencies and thinks we can slowly help her by being patient. We refused.

Are we the *ssholes for excluding my nieces/nephews? When we have big family get-togethers again they will always be invited, but not always for other stuff.” 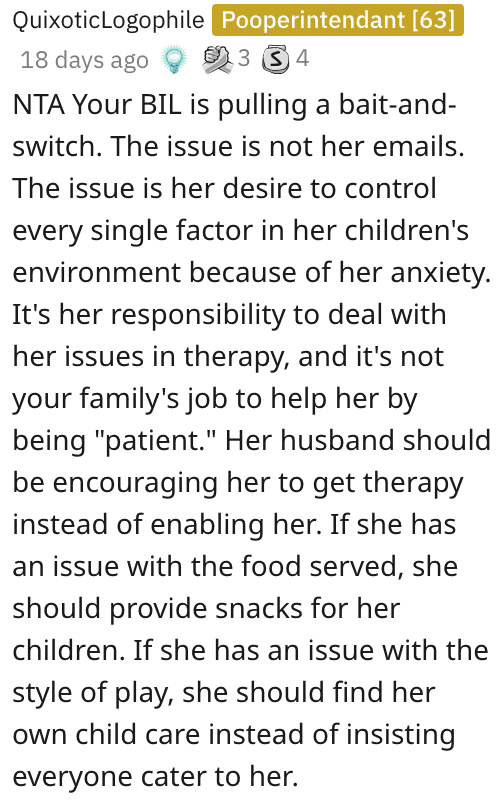 Another reader said that the kids in the story might have some major issues down the line because of the way they’re being raised. 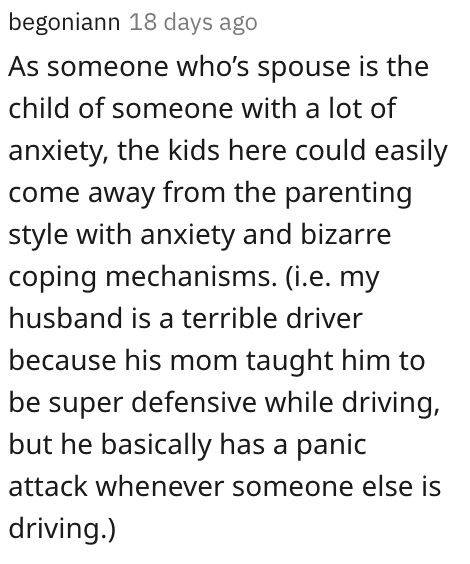 This Reddit user said that continuing to apologize is only making the situation worse and is validating the sister-in-law’s behavior. 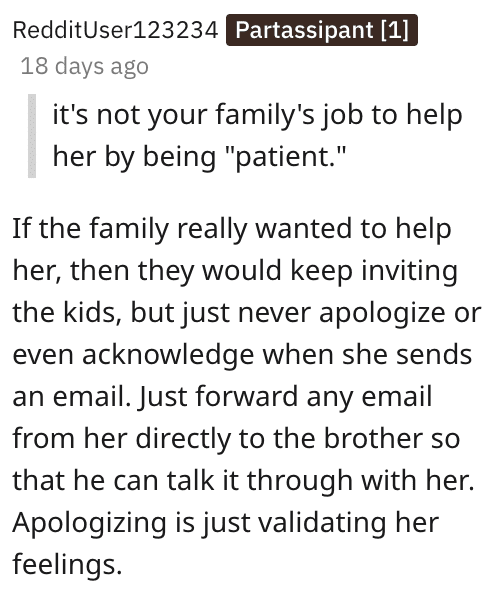 And this person said they are really disappointed in the writer’s brother because he needs to get on the ball as far as raising his kids. 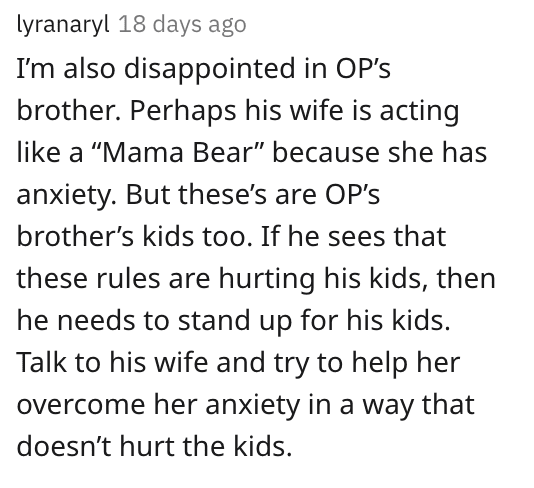 Do you think this person is wrong in their actions?

Or are they justified?

Talk to us in the comments and sound off!