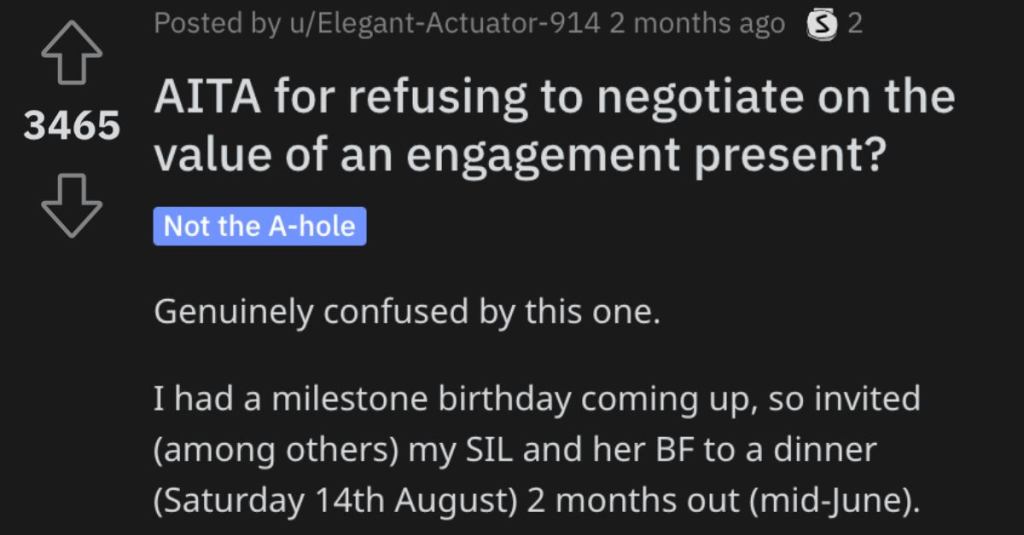 Is This Person Wrong for Refusing to Negotiate the Value of an Engagement Present? People Responded.

Uh oh…we have some engagement drama!

And this time, it’s about engagement PRESENTS specifically.

Are you ready for another installment of Reddit’s “Am I the A**hole?” page?

Get started know and we’ll see you in the comments!

AITA for refusing to negotiate on the value of an engagement present?

“Genuinely confused by this one.

I had a milestone birthday coming up, so invited (among others) my SIL and her BF to a dinner (Saturday 14th August) 2 months out (mid-June). They accept, but then the BF calls me early August and said ‘sorry we can’t make it, I’m going to propose that night’. OK, shame but NBD.

I texted him Monday August 9th to say ‘good luck this weekend’ – he calls me right away, says ‘I thought it was your birthday NEXT weekend? 21st August?’ I said ‘no dude it’s this weekend’. He hangs up, then calls me back an hour later and says ‘sorry, change of plans, I’m proposing now on the 14th, so we still can’t make it to your birthday.’ This seems deliberate now, so I’m polite but end the conversation.

We see photos of their proposal event the day after. I thought it was going to be a quiet dinner for two, but literally all their friends and (his) family there, but not us.

Then we’re invited to an engagement party mid-Sept. Invite asks for ‘wishing well’ donations for furnishing their (future) home. I’m a bit wary at this point but we put in what I thought was a decent amount.

He calls me the next day: ‘hey, we actually wanted to get a side table using your gift but it’s a bit more expensive than what you’ve given us. Can we talk about maybe increasing the amount you gave?’ And I say ‘it’s a gift, it’s not negotiable’ and hang up. And now we’re getting the silent treatment. 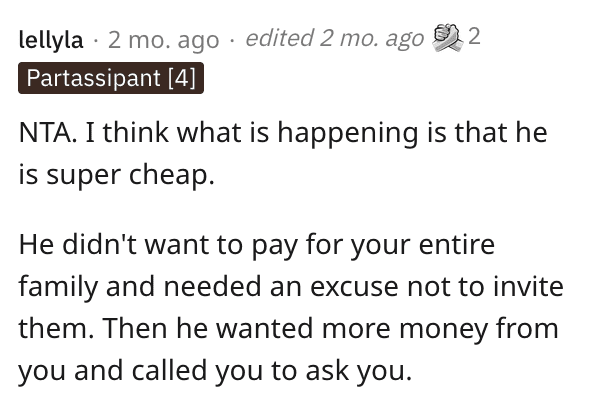 And another individual argued that not only is he cheap, but he sounds pretty manipulative. 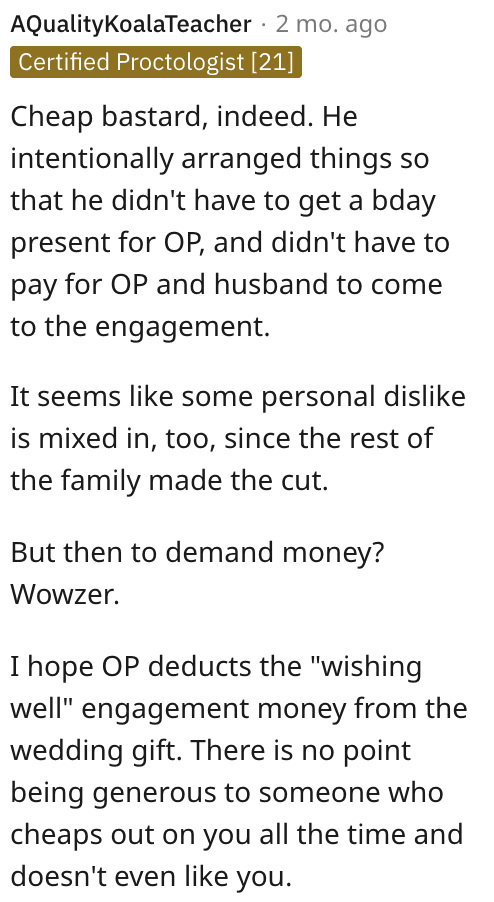 And this person added the cherry on top of the whole story! 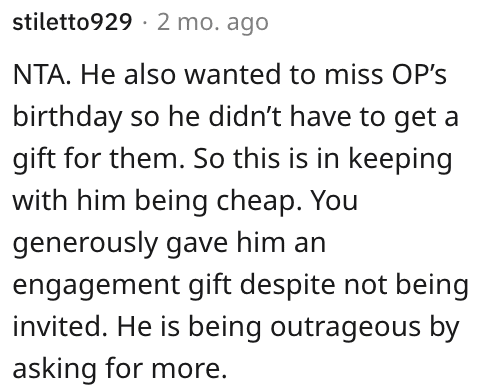