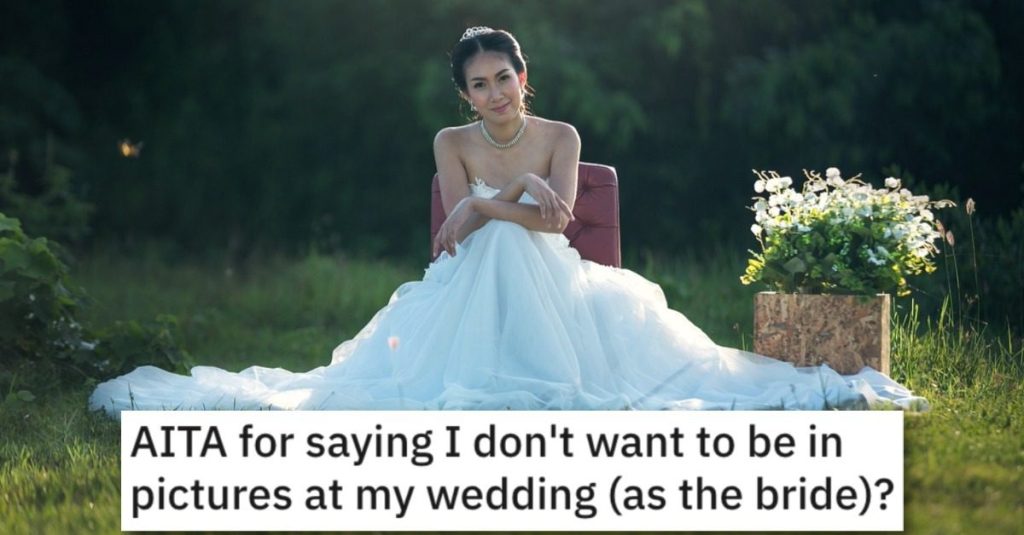 Is This Woman Wrong for Not Wanting to Be In Her Own Wedding Photos? Here’s What People Said.

I guess it’s up to the people who are actually getting married to decide if they want to be in their own wedding photos, but I can honestly say that I’ve never heard of a bride or a groom not taking part in that ritual.

But I guess there’s a first time for everything!

Check out this story and see if you think this bride is acting like an a**hole.

AITA for saying I don’t want to be in pictures at my wedding as the bride?

“My fiancé’s family never held back on jabs about my nose. My fiancé said he knew they really loved me the moment they started with the jokes, they’re the kind of family that loves to make fun of each other.

My grandparents used to make comments about my nose that were kind of sh**ty, especially because my dad is Jewish (although I’ve never known him) and I got the nose from him. In general I’ve tried to not be sensitive about it because they don’t like sensitive people, although my history with it and knowing my nose came from my dad who I don’t know made it a bit harder for me.

My fiancé made this comment once which was supposed to be joking/sweet where he basically said he was so lucky for my nose because it was the only way he had a chance with me. That comment stayed in my head since, the idea that I’d actually be beautiful if it wasn’t for my nose. I’ve had really bad self-esteem and would go in and out of believing I’m ugly.

I started thinking about having a nose job. After we got engaged, I realized if I was going to do it, I should do it before the wedding. He was really supportive of the idea and excited for it. He made some comments about being glad I was losing “the beak,” something he’d never expressed before I suggested it, which confirmed to me that I needed it.

My fiancé loves my new nose. I h**e it so much. I feel like I’m staring at someone else’s face, I look like any other woman in the world besides myself. I’ve always struggled with depression, and I was finally in a good place before this. Now I can barely get myself to leave my room for work.

My fiancé is really frustrated with me, he thinks I “objectively” look better and I need to get used to it. I know I’ll have to but I’ve been wearing a medical mask in the house because I can’t stand to look at my face.

He says this is me sulking like a toddler, but I can’t control how I feel. He asked what I was going to do for our wedding and I told him that I don’t want to be in any pictures. He freaked out saying my selfishness was going to get in the way of us having a happy wedding.

I didn’t want to let this hurt him, so I tried to come up with options like wearing my veil covering my face in the pictures, incorporating a scarf into the outfit, wearing my mask, etc., and he said if I do any of that we might as well not get married at all. That hurt a lot.

I can’t stand to see myself in pictures like this and having everybody see my nose the whole day would make this even worse for me…I’m already going to be blaming myself for the fact that I won’t have MY nose in pictures. I feel like I’m ruining the day for him but what he wants will ruin it for me.

One reader said she’s NTA and this man’s behavior is very suspect. 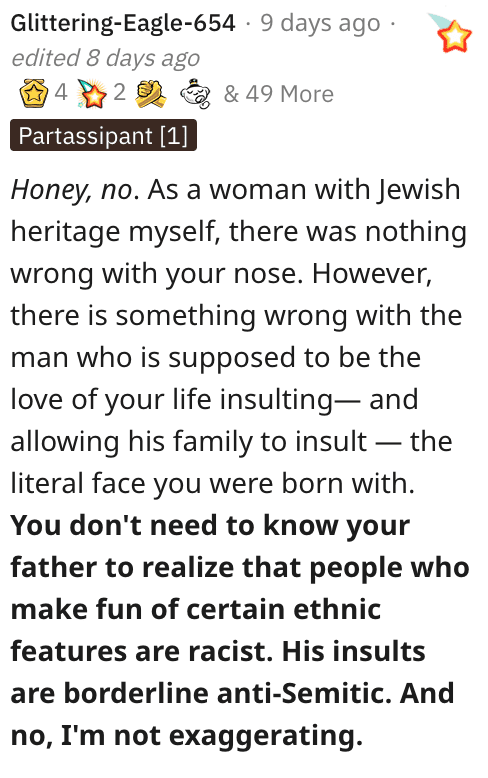 Another Reddit user said she needs to break off her engagement with this guy. 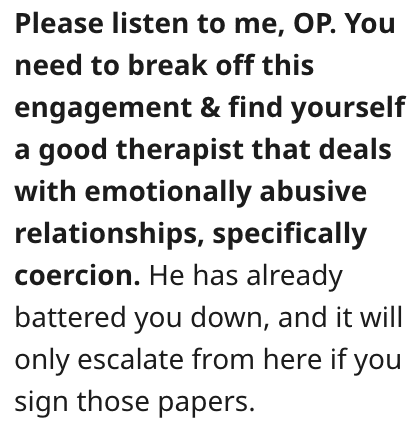 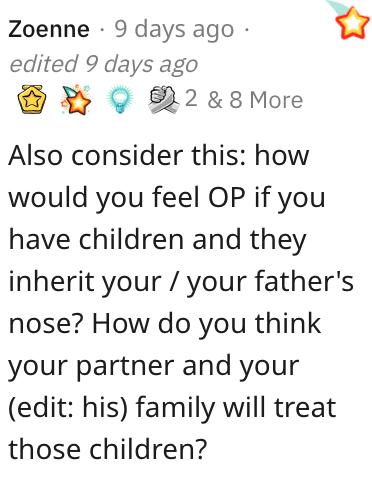