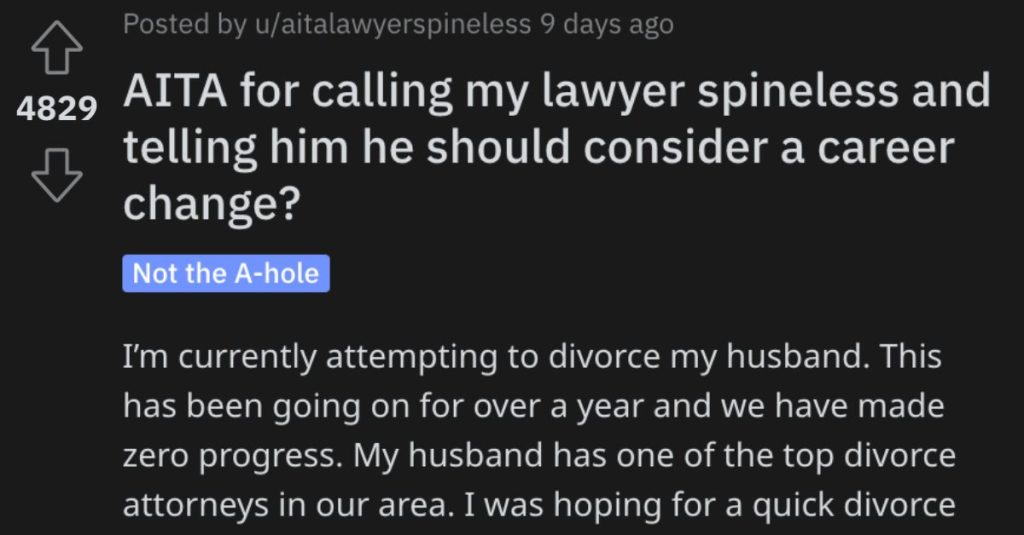 Is This Woman Wrong for Telling Her Lawyer He’s Spineless and Should Change Careers? People Responded.

But what happens when you get really ticked off at your lawyer because of their performance?

Take a look at what happened in this story…

AITA for calling my lawyer spineless and telling him he should consider a career change?

“I’m currently attempting to divorce my husband. This has been going on for over a year and we have made zero progress.

My husband has one of the top divorce attorneys in our area. I was hoping for a quick divorce and my friend asked me to consider her husband since he has a good track record, and this could also help his career. After speaking to him he seemed to understand what I wanted from the divorce, so I agreed to hire him.

Well… that was a mistake. He has been utterly useless. My husband and his lawyer are running rings around him, and his strategy is essentially to just lay there and take it.

He kept insisting he had a plan, but he has made zero progress in the year plus he has been working on my case and always makes excuses about why we can’t force my husband to sign something or why we can’t speed up the process.

I finally had enough after he agreed for us to meet my husband and his lawyer for dinner so we could come to an agreement. I thought the entire thing was weird and unprofessional, but he kept telling me that this was his goal from the start and that we finally had them where we wanted them.

So, I went, and he did… absolutely nothing. He sat back and let me do all of the talking and never once intervened when my husband and his lawyer were making threats.

Honestly, it felt like he was just sucking up to my husband and his lawyer the whole time and had completely forgotten I was his client. I was so frustrated with everyone that I turned to my lawyer and told him he was weak and spineless and that he should consider a career change.

A few hours later my friend was sending me angry texts for embarrassing her husband and for firing him.

And here’s how Reddit users reacted to this story.

This reader made a good point: lawyers are supposed to work for YOU. 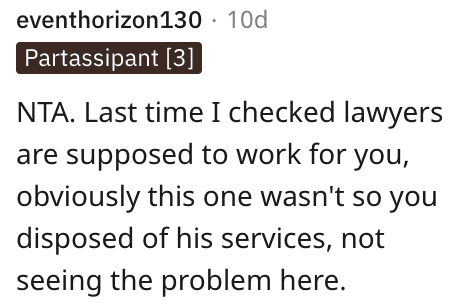 Another Reddit user shared a personal story about what her mom went through with her lawyer. 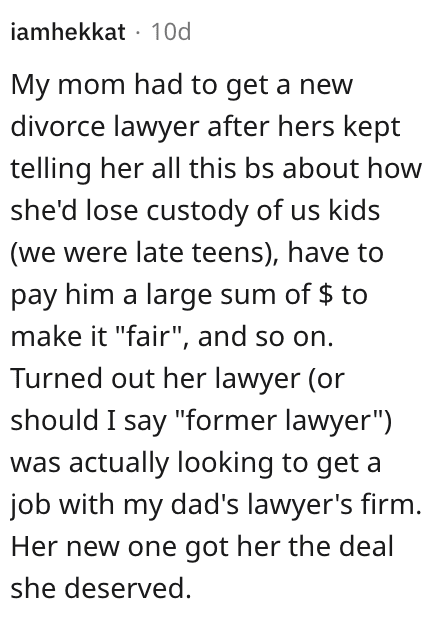 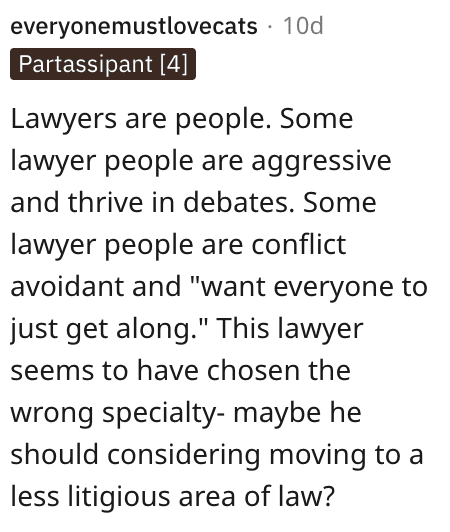 Finally, this person said this woman did not act like an a**hole and she needs to get a new lawyer. 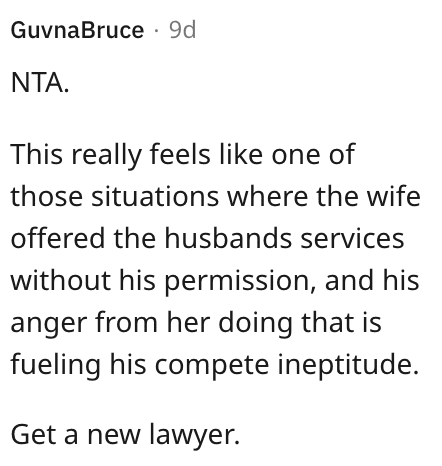