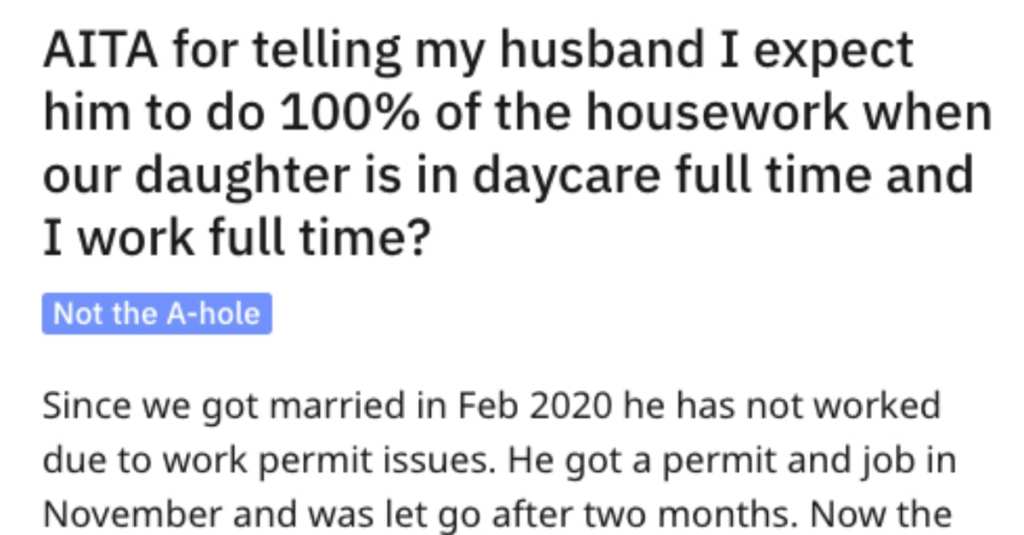 Is This Working Mom Wrong for Thinking Her Unemployed Husband Should Share Chores?

It’s no secret that there’s an imbalance in how household chores and childcare are shared in American households. When both parents work, women are shouldering way more than their share across income levels and cultures.

That said, what happens when the husband isn’t working and the kids are away in school or daycare during the day? Should he be doing all of the housework himself, and prepping meals besides?

This working mom says why not, because if the roles were reversed, she would have plenty of time to get it all done every day – her husband has other ideas, which leaves her wondering whether or not she’s expecting too much from him.

I can’t believe I was able to type that the way my eyes were rolling, y’all.

Since we got married in Feb 2020 he has not worked due to work permit issues. He got a permit and job in November and was let go after two months. Now the laundry piles up and I have to ask him to do the vacuuming, etc.

He says the housework should not be his responsibility because he would rather work in the garden. But imo the housework is more important and I’d rather not have to do it after work or on weekends when I want us to hang out and have fun.

Here’s what the commenters have to say (though I’m quite sure you could guess).

I mean, we all have things we’d rather be doing than laundry, sir. Does he think it’s some people’s idea of a fun hobby? 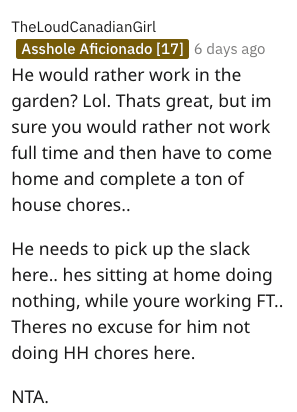 He should probably start counting his blessings instead of the number of times he has to vacuum every week. 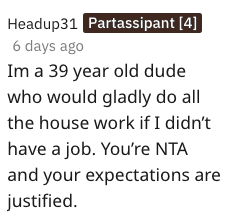 I was waiting for someone to point out that they could be saving big money keeping the child home from daycare. 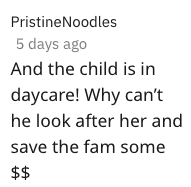 Just like you would explain to your child who wants to play before doing their homework. 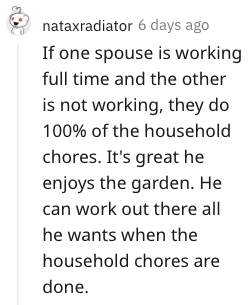 He should really consider the housework his “job”for the time being. 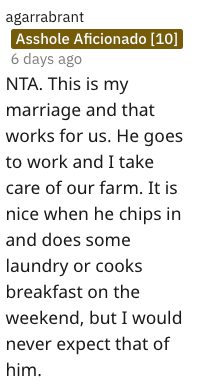 No way this woman is in the wrong and I hate that our society has even made her consider that she might be.

Chip in your two cents down in the comments!