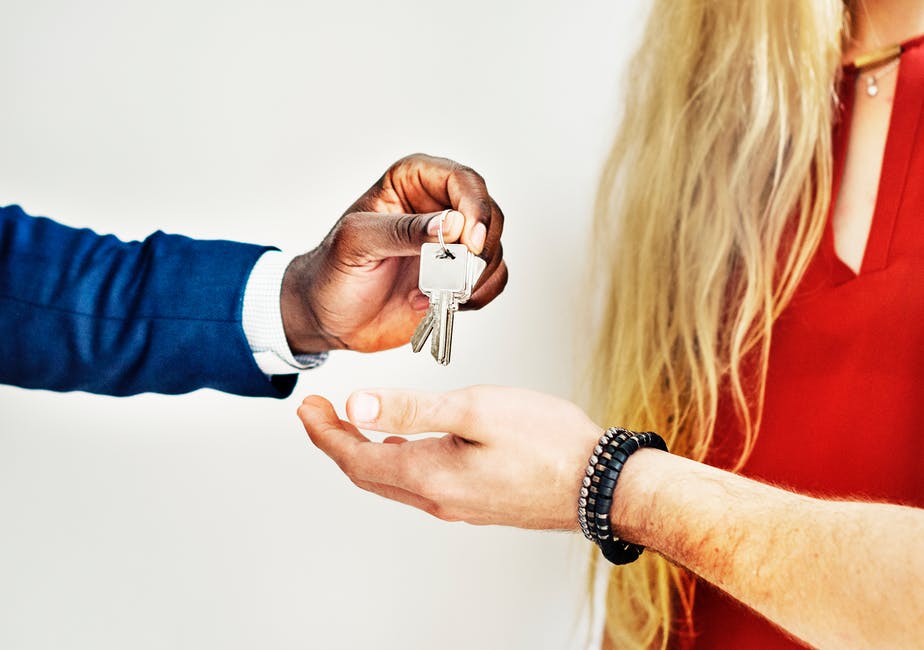 Landlords Reveal the Strangest Discoveries They’ve Made About Their Renters

Landlords have to deal with a whole lotta BS. To be clear: I know there are sh*tty landlords out there, but there are also some great ones who are just trying to keep their buildings clean and in order, and tenants don’t always make that easy.

Put yourself in their shoes and try to imagine all the weird people and situations they have to deal with on a daily basis. Sometimes they have no idea what madness they’re walking into.

These AskReddit landlords revealed the strangest discoveries they’ve made about their tenants.

“Several years ago I rented to a Chinese family that had moved to town and opened a restaurant. One day they told me that the bath tub was clogged. I hired a plumber and went over there. While snaking the tub or whatever it is that a plumber does, it was full of chicken feathers and bones. They had been slaughtering chickens in the bathtub, presumably for the restaurant.”

“When a guy moved out of my parent’s rental property, they found out he had a beach party before leaving. There was a wrecked boat in the backyard and the lawn and carpet were completely covered in sand.”

“Rented an apartment for a 6 month lease. tenant paid all 6 months in advance as well as a deposit. never made a sound and never really saw him. One day the upstairs neighbor said he heard someone leaving in the middle of the night.

We went expecting the worst. Apartment was immaculate. Looked like no one ever lived there apart from some food in the fridge. Cleaned it out and went to the dumpster out back where we found parts of a hydroponics set up. Plastic sheeting, tubes, empty nutrient jugs. Guess they would rent a spot, grow and leave after a harvest or 2. Genius and not mad really.

Took the PVC pipes bout 8in diameter with 4 inch holes every few inches, put dirt in it, and turned it into a hanging outdoor planter for flowers.”

“A few weeks ago the maintenance guy at my apartment complex brought me a guinea pig. I answered the door and he was like “hey, I know you have one of these hamster things. It looks like the one you have. Do you want it? I have no idea what to do with it.”

Apparently, the people next door had a guinea pig and didn’t want it anymore so they just let it loose in their apartment and left. He found it in a closet hiding under some clothes they left. I was afraid it might be a girl because my boy guinea pig started freaking out, he was hopping around his cage and squeaking really loud. I took the guinea pig to my vet who told me it was a boy. He was just excited to have a friend. They’re best friends now.”

“This was after said tenant was arrested, we had to clean out his place and it was full of garbage, used condoms, more clothes than one man ever needs, needles (used ones were in those nice biohazard containers at least but unused ones were strewn everywhere) and illegal testosterone + weight gain drugs (guy was a bodybuilder).

He had 14 Miley Cyrus shirts, and all 3 walls in his living room were plastered with her posters. It was very weird.”

“My parents rented out their empty house while they were staying out-of-state to a couple who really needed a place to stay. The couple ended up trashing the place completely and my parents had no experience as landlords and were totally taken advantage of.

Their small dog chewed up all the siding up to his height level in the backyard, all the fans were missing blades somehow (we found them in the bathtubs), they dropped a weight on the floor and it went straight through the subfloor (they covered it up with a sticky tile), they had their bedroom set in the living room and used the bedrooms as a living room because the wife said she was diagnosed with Claustrophobia…it was all really weird.

But the strangest thing we found when we helped my parents clean it up to sell it was that they had been using one of the bedrooms as a home gym and we couldn’t figure out why there was grease stains all over the walls. It was like a border of grease all at torso height. We later found out from the neighbor (who the renter tried to get to join CrossFit in his home gym) that the husband would do handstand push-ups in that room and the grease stains were actually all sweaty butt prints.”

We did AirBnB for a while (>2 years) and had a variety of people come and go. One person did not listen to us when we said you need to hold down the handle when flushing a #2, just because our plumbing was old. A diet consisting largely of milk, butter, and bread resulted in lots of clogs. This person thought plungers were dirty, though. So they would go to the yard, get a large twig, and break up the clog with that then re-flush. The stick would then go into the trash.

When they (finally) left our place, we found a bunch of sticks in their closet for just that reason, waiting to be used.”

“I worked for a company with rentals many years ago, and they had rented to a South-East Asian family after they had been relocated to the US after the Vietnam war (and subsequent violence there).

One day I went to the property and went downstairs which was ENTIRELY flooded (I’m talking like 5 feet of water) where they were raising hundreds of Carp and other fish… presumably for many years. Complete with other plants, rice, and as a result many other living things in there.

They didn’t really know any better… old men and women ripped out of their homeland after 50-60 years, and transplanted to the Midwest. They did what they thought was completely normal.”

“There was one lady, not a move-out, but was a welfare-check due to a really bad smell in her apartment. She had barricaded the door to the wall opposite it. Six cops couldn’t take it down. Finally maintenance had to disassemble the lock from the outside (which means basically prying it open and destroying the siding).

Come to find out she’s alive and fine (albeit bat-sh!t crazy). She had gotten a frozen turkey and left it in the kitchen sink for three months. The carcass was the source of the smell, and the reason for the welfare check.”

“My dad is a landlord and once had a tenant leave on not great terms. I was brought in to help clean up an apartment full of a lot of random trash. The strange part is there were a lot of open shelves in the kitchen just stacked to the brim with 5 gallon containers of lighter fluid. We figured she may have been planning something if for some reason she didn’t get her deposit back or something. No idea why she left them though as they must have cost quite a bit.”

“My dad had an apartment in a rough part of the city and we get a call one day to find out his apartment had a fire and the whole building burned down. Turns out our apartment was a meth lab.”

“We kicked a dude out because he was honestly just kinda weird. He packed up his things and left. We went into his room to clean up a bit and found multiple piles of dead ants, dirt everywhere, and eight bottles of piss.

He lived with us for a month.”

“A large boa constrictor that the renters had hidden in a closet because we had a no pets policy.”

Sex swings. An armadillo that some folks brought home from Texas. A skip (they just left in the middle of the night) left their 2 turtles.

More than anything, you just find out how gross people really are. I’ve cleaned more questionable things than I ever imagined.”