The Largest Religious Groups in Every County Across the U.S.

Do you ever wonder what exactly is the breakdown of religious groups where you live? As I drive around town, I see churches, mosques, and temples, and I ask myself that question all the time.

The Washington Post gathered data from the Association of Statisticians of American Religious Bodies to put together the following map, which will answer all of those questions for you. As you can see, certain regions of the country are strongly dominated by one religion, especially the South and the Northeast. 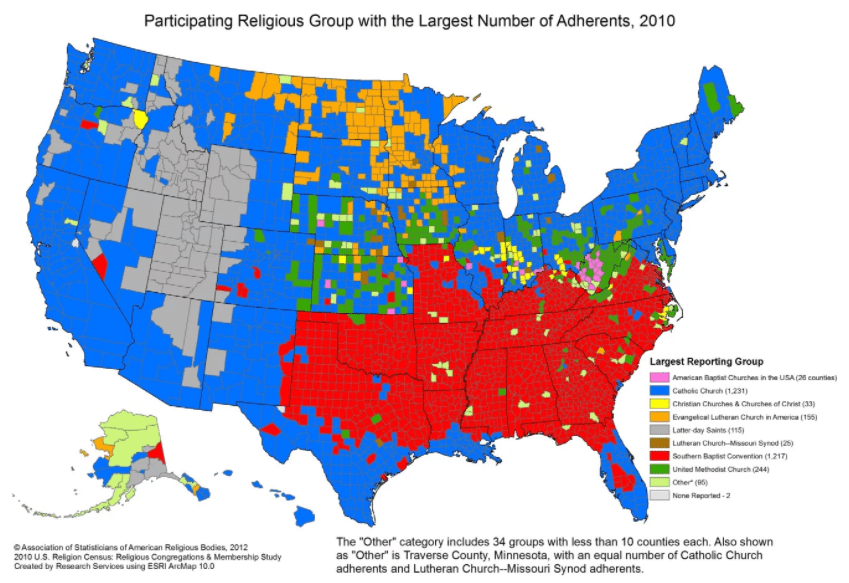 Here’s a larger version of the key so you can get a good idea of what’s going on in your community. 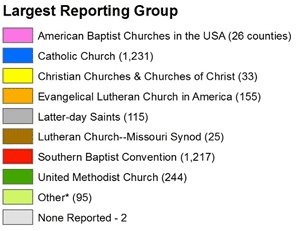 Here’s what their map of the second-most practiced religions in each state (besides Christianity) looks like. 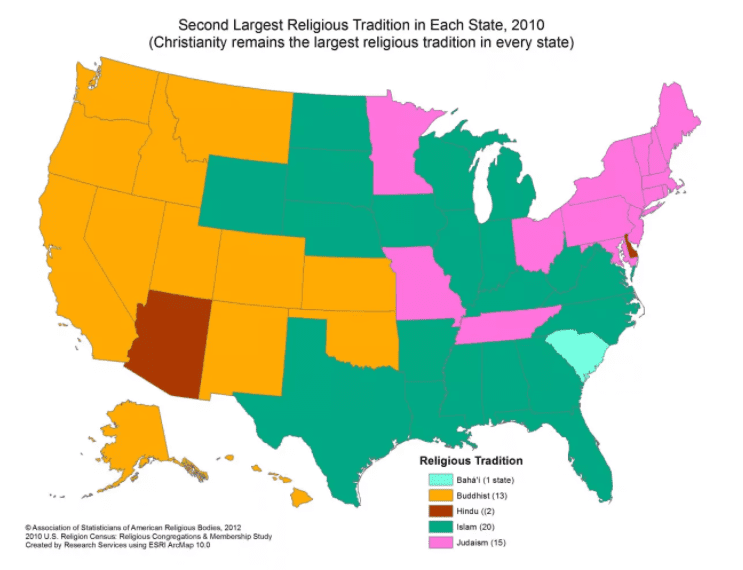 And here’s the county-level map of second-largest religions after Christianity. 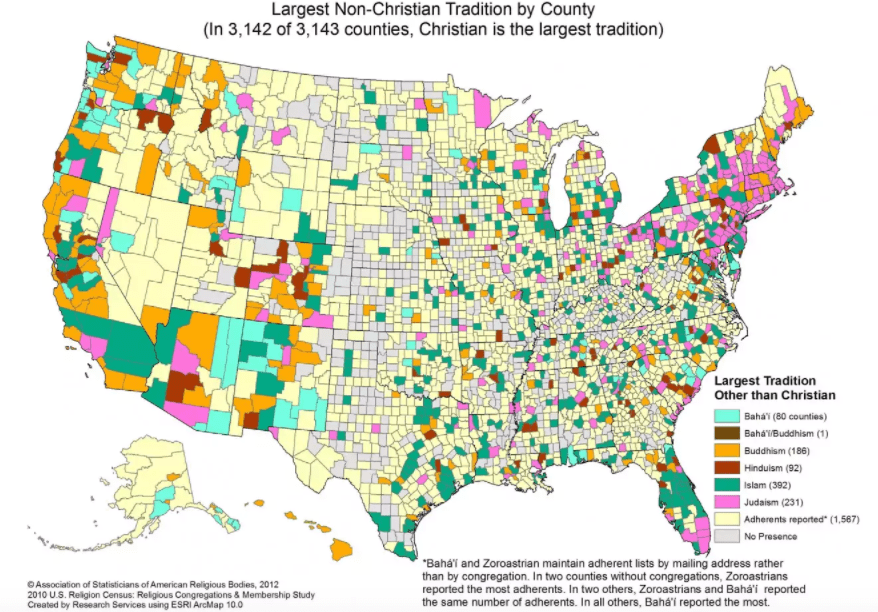