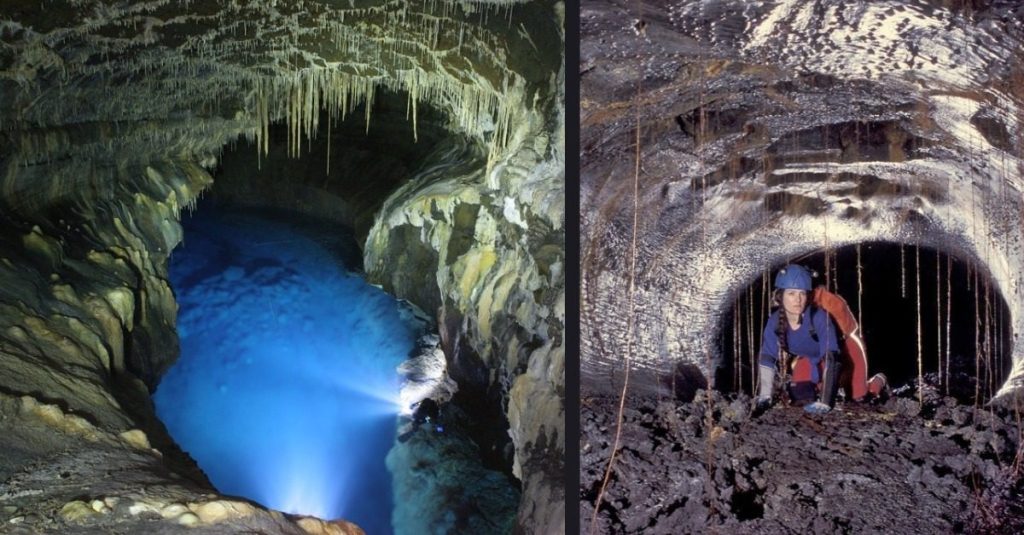 There are some strange things lurking out there, folks…

Researchers from the University of Hawaii at Mānoa collected ribosomal RNA genetic samples from volcanic lava caves, tubes, and geothermal vents that range in age from 400-800 years and they made an interesting discovery.

“Microbial dark matter”, or unknown bacterial species, were found by the thousands and scientists hope the samples might be able to shed some light on how life once thrived on other planets.

The study by the researchers showed that they were surprised by how different kinds of bacteria interact with each other. One bacteria called Chloroflexi serves as a “hub” organism for other bacteria. Chloroflexi was found at nearly all the locations where the researchers took samples.

Dr. Rebecca D. Prescott, one of the authors of the study, said:

“This study points to the possibility that more ancient lineages of bacteria, like the phylum Chloroflexi, may have important ecological ‘jobs,’ or roles.”

“The Chloroflexi are an extremely diverse group of bacteria, with lots of different roles found in lots of different environments, but they are not well studied and so we don’t know what they do in these communities. Some scientists call such groups ‘microbial dark matter’ – the unseen or un-studied microorganisms in nature.”

Researchers think this news could have an impact on the study of ancient life on The Red Planet because volcanoes in Hawaii are similar to those on ancient Mars.

The authors of the paper say, “With these geological similarities, Hawaiian volcanic environments can provide some insight into the possibility of life on Mars in its ancient past and how microbial communities could survive today on Mars in lava caves, or if introduced from Earth.”

Have you seen any science stories lately that surprised you?

If so, share them with us in the comments.