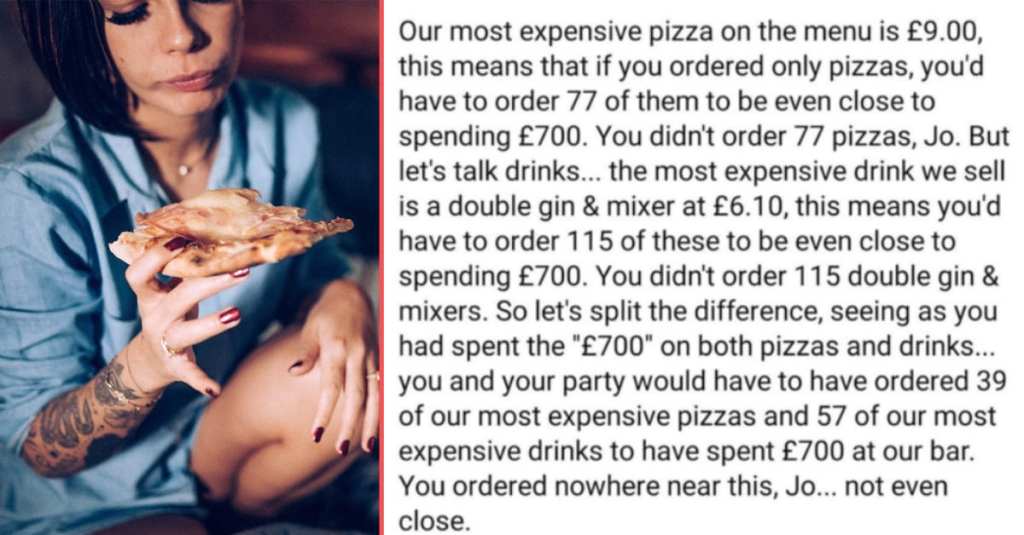 Meet “Karen.” If you’ve ever worked in the service industry you know this customer: entitled, rude, and way more of a pain than they’re worth. They expect special treatment then bully the staff and demand to complain to a manager when they don’t get their way.

This particular Karen decided to leave a negative (and clumsily crafted) review for a pub that her large, obnoxious party visited. The owner’s response is absolutely perfect. 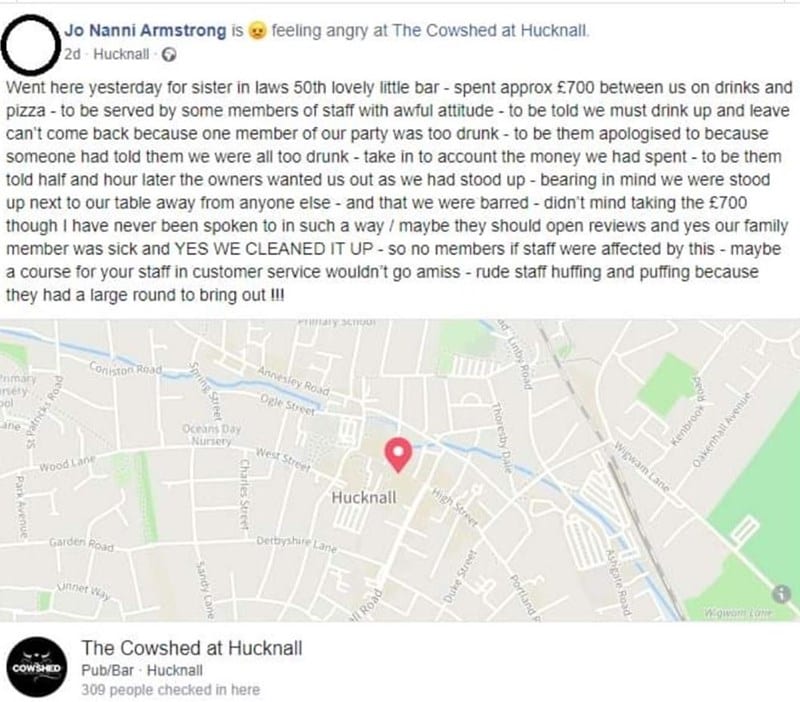 Wow. We already know exactly what kind of customers these are.

The story could have ended here, with this Karen’s nasty review speaking for itself, but of course that’s not what happened.

I doubt this Karen expected the owner of The Cowshed to give her such a thorough and public response. 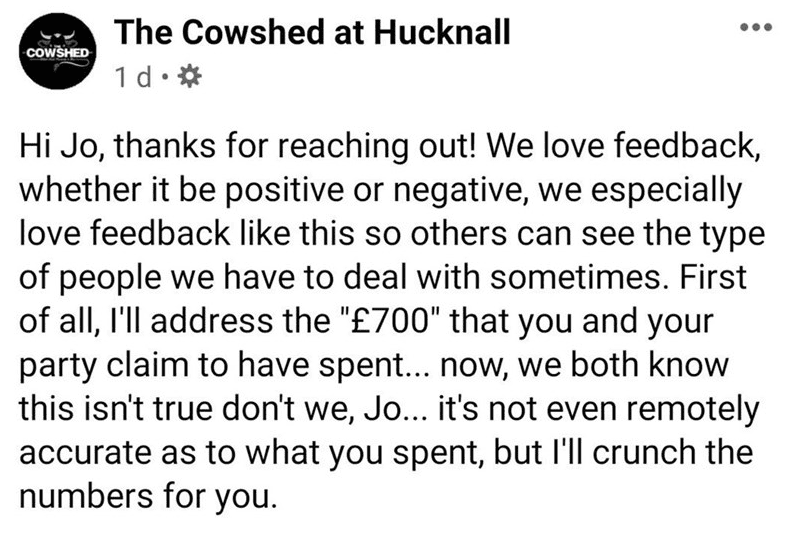 Clearly the owner is not here to play games.

They’re going to break it down for this Karen and her party.

Lying about what actually happened is a common theme with most Karens. They’re usually looking to receive a discount/free product.

Another tried and true Karen tactic is to threaten the livelihoods of the employees they’re interacting with by claiming to have received “horrible service.”

As delicious as 77 pizzas sound, I have a hard time believing only three tables worth of people could purchase so much pizza in just one sitting.

In her review, Jo claims her party was mistreated, but the owner refutes this claim.

They describe how this Karen and her party demanded special treatment, even though they showed up late, and proceeded to behave like “belligerent, entitled little toddlers.”

As someone who used to work in the food service industry, I can attest to how difficult it can be to accommodate large parties if they don’t show up on time.

Half an hour doesn’t sound like much, but if it’s a popular eating establishment with limited seating and you have guests who show up on time and are ready to pay, you don’t turn them away for a large party that could possibly no-show.

The party didn’t just show up late. They broke glasses, argued loudly, made a general mess, asked to bring in outside food, and their demands pressured the staff into shuffling around other paying customers.

This behavior displays a clear sense of entitlement with little regard for the staff, restaurant property, or their fellow guests.

Mistreating someone who works in the food service industry is shameful anytime, but it’s particularly shameful during a pandemic. Life is stressful enough.

Clearly these servers don’t have the benefit of getting to work from home. They’re spending their day serving other people during a global health crisis. Show some compassion.

With behavior like this, I wouldn’t be surprised if the owner barred them from ever coming back, right then and there.

This is what our Karen claims happened, but is that really what went down?

Nobody is perfect, and plenty of us have done things we regret after a night of drinking or a stressful social event, but it turns out this Karen didn’t even attempt an apology before posting her negative review.

She is once again called out for lying and thoroughly reprimanded, but Team Cowshed doesn’t stop there.

Hopefully this will be the lesson she and her party need to adjust their behavior going forward.

Or at least, hopefully this will prevent them from causing the same trouble for other restaurants in the area.

Team Cowshed ends their reply with a message for all other potential patrons:

I don’t know about you, but I’m ready to visit The Cowshed and buy myself 77 of their most expensive pizzas. I just hope their food is as satisfying as this response.

Do you work in food service? Share your worst customer horror stories (or delicious payback stories) below!