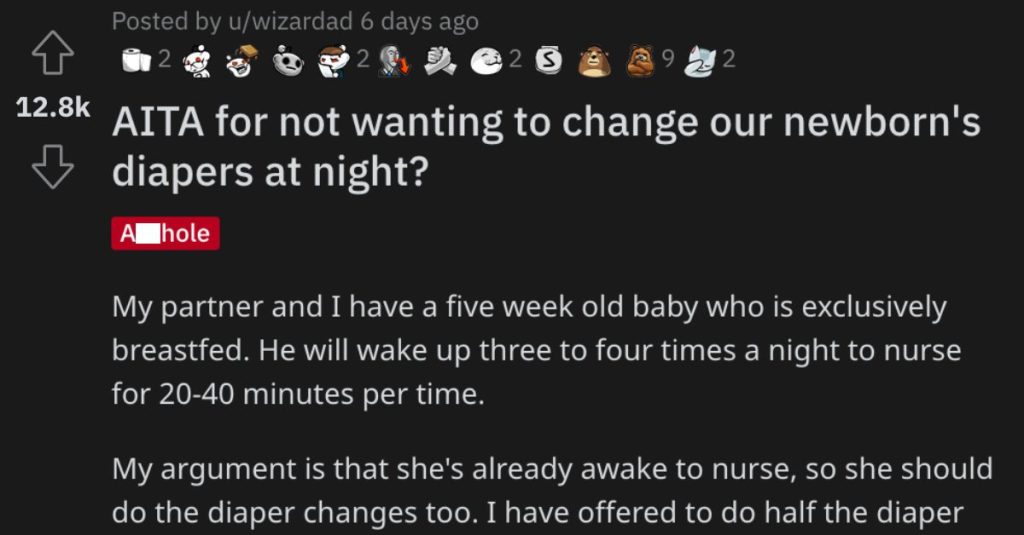 And today we have a story from a new dad who is butting heads with his partner over who should do the nighttime diaper changes.

Take a look at this story and see if you think this guy is a jerk or he’s justified in his feelings.

AITA for not wanting to change our newborn’s diapers at night?

“My partner and I have a five week old baby who is exclusively breastfed. He will wake up three to four times a night to nurse for 20-40 minutes per time.

My partner thinks that I should do all the nighttime diaper changes since she’s breastfeeding. Her argument is that since she’s nursing day and night, it’s only fair. She says she needs time to go to the bathroom, drink water, etc, while I am changing the diaper. In her view: I am often grouchy, need to be asked multiple times to get up, and sometimes argue if he even needs to be changed.

Relevant information: We are both on parental leave now, and when I go back to work in construction, I need a full 8 hours’ sleep. She will be on leave for the next 18 months. We go to bed at 9 pm, and I get up with our dogs at 6 am and she’s up with the baby an hour or two later.

Oh boy…now take a look at what Reddit users had to say about this.

This person said that this guy is being a major a**hole. Full stop.

Another reader argued that this man should be doing whatever his wife asks because that’s what you’re supposed to do in this situation. 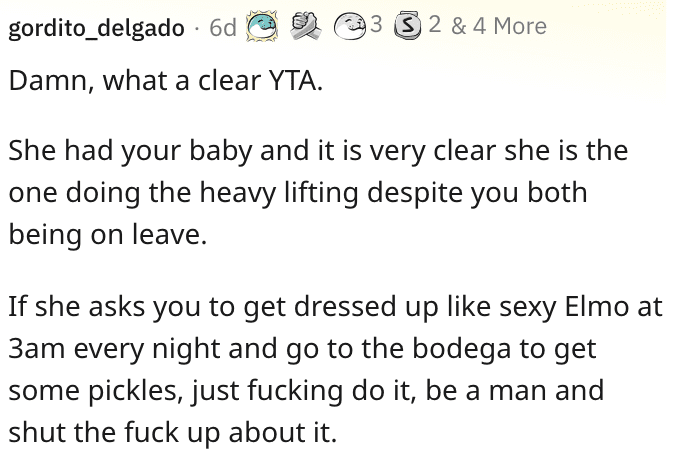 Finally, this reader said that this guy just needs to “man up” and stop his whining. 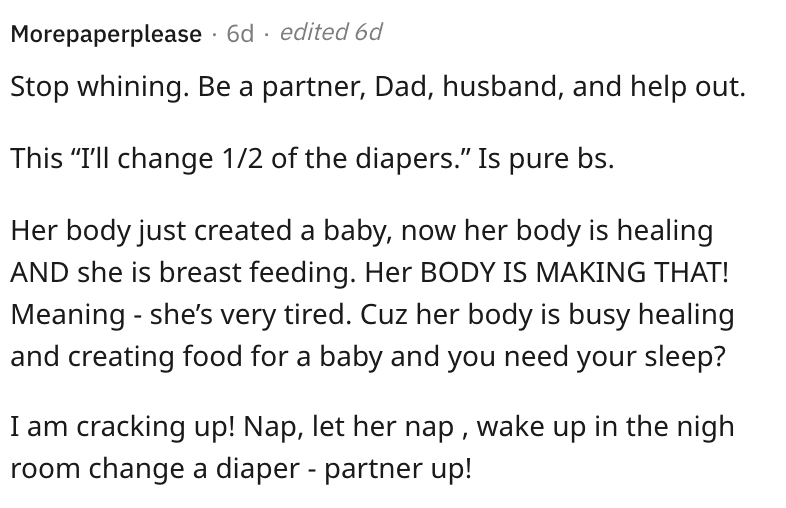 Do you think this guy is acting like an a**hole?

Or is he right to feel the way he does?