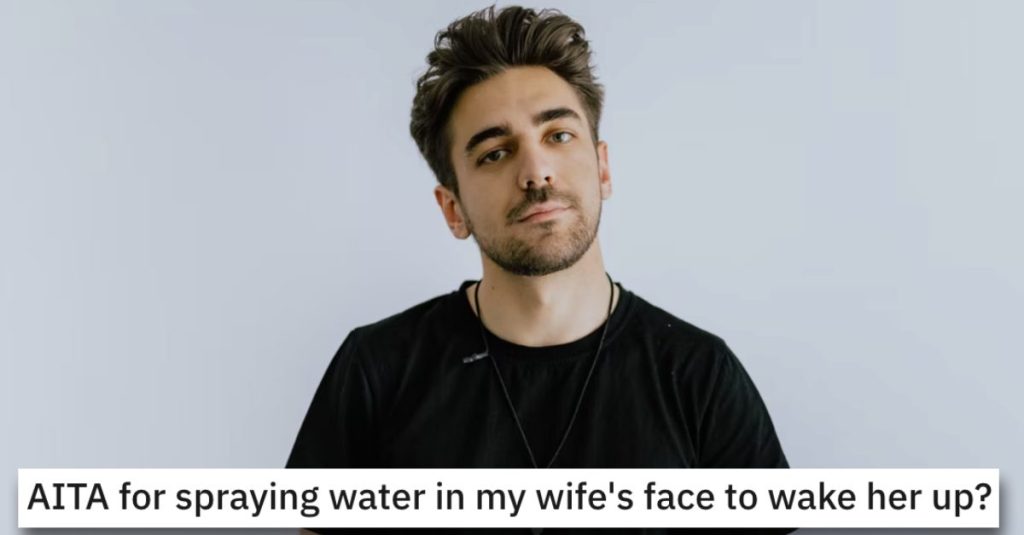 Well, judging from the title of this story, this really, really doesn’t sound like a very good idea.

But let’s get all the details before we make up our minds, okay?

Check out this story from Reddit’s “Am I the A**hole?” page and see if you think this guy acted like a major jerk.

AITA for spraying water in my wife’s face to wake her up?

“My wife sleeps like a rock every night. She gets in this very deep sleep and nothing can disturb it.

When our twins were babies, she never heard them cry during the night. It didn’t bother me until recently. She decided that she was going to wake up early every day as a part of a “self care routine”. She sets up a thousand alarms every 10 minutes from 5am to 6am. She doesn’t hear any of them.

I, however, am awake since the first alarm at 5am, I wake her up and I can’t fall back asleep so I toss and turn until I have to get up for work. She doesn’t wake up immediately after I talk to her, I have to shake her and talk to her constantly until she’s up and I don’t mind doing that at 7am but 5am is simply cruel!!! This has been going on for 2 weeks and I am exhausted.

Yesterday, I decided I had enough of this bullsh**t and when her first alarm went off, I took my water bottle and sprayed water on her face. She was awake instantly, turned off her torture device(phone) and I could go back to sleep. She didn’t say anything so I did it again this morning.

This person said this guy is NTA. 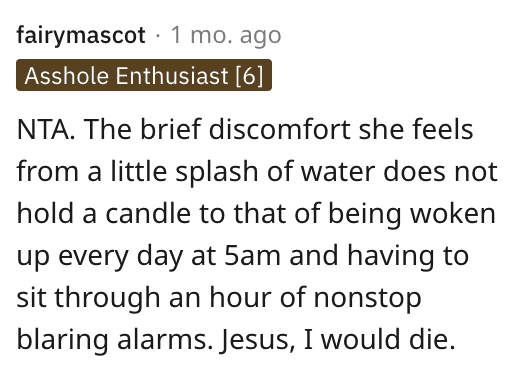 And another reader said they would have lost it if they had to deal with this and that his wife is the a**hole. 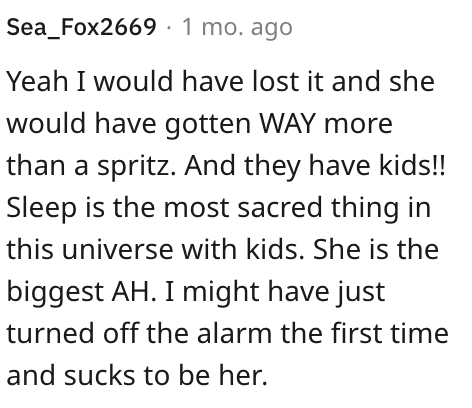 And this individual said she might want to get check out by a doctor. 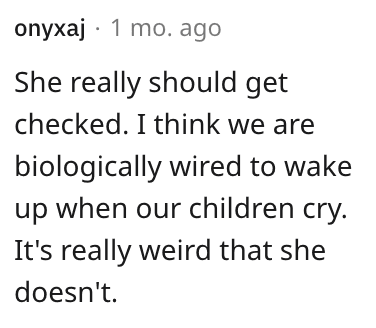