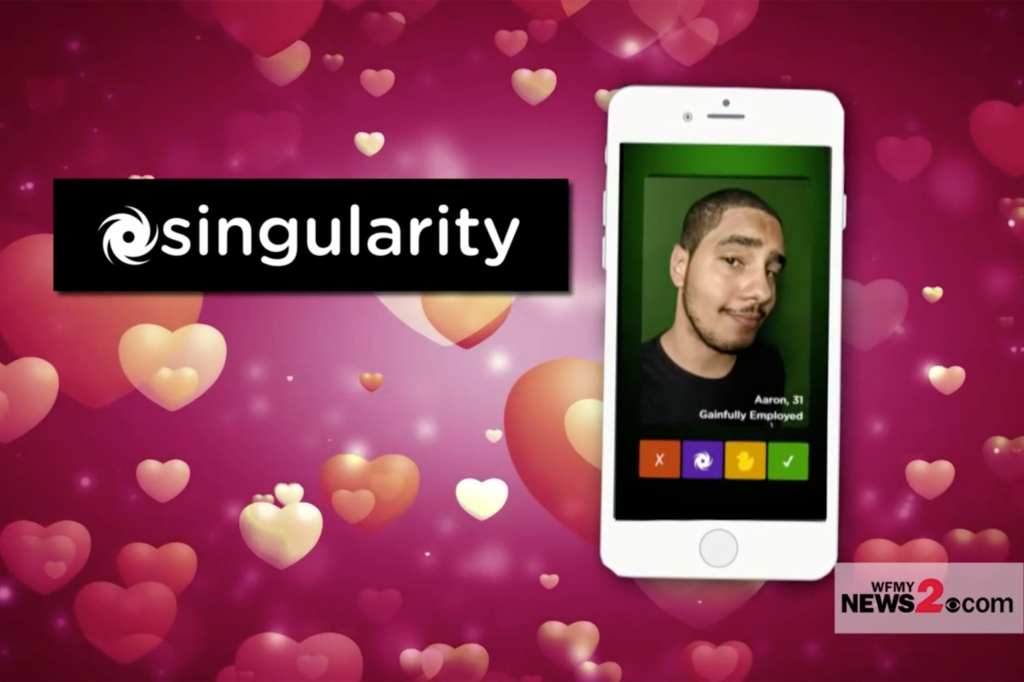 These days, dating often means logging into an app and swiping away. It’s all very impersonal, and it can be hard to actually meet someone you click with. So, one man decided to make things easier for himself by making an app where he’s the only man to swipe on.

Aaron Smith of North Carolina created the app “Singularity.” He’s the only guy available on it. No matter how many times you swipe, you just get more versions of Aaron’s photo.

Aaron was inspired to create Singularity after he noticed a major problem with other dating apps.

“The biggest problem with the other apps is that my face is not featured prominently,” he told WFMY.

“If life gives you lemons, you should first make lemonade. Then make sure no other companies can produce or distribute their own soft drinks. So the only game in town is lemonade.”

Smart move! To create the app, Aaron got some help from his best friend, Scott McDowell, who happens to be a software engineer. Scott definitely empathized with Aaron’s problem.

“All of us who have done online dating in some sorta way can all relate to the fact that it really does sometimes suck,” Scott said.

The photos on Singularity feature Aaron playing the guitar, Aaron in a Santa Claus hat, and Aaron jumping in front of an ice cream truck.

He advertised the app with a video on his YouTube channel.

“Online dating is terrible and getting more nonsensical with every passing year,” he says in the ad. “Singularity saves you countless hours of swiping, but just matching you with me!”

If only we all had a tech genius BFF to make us our very own dating app.