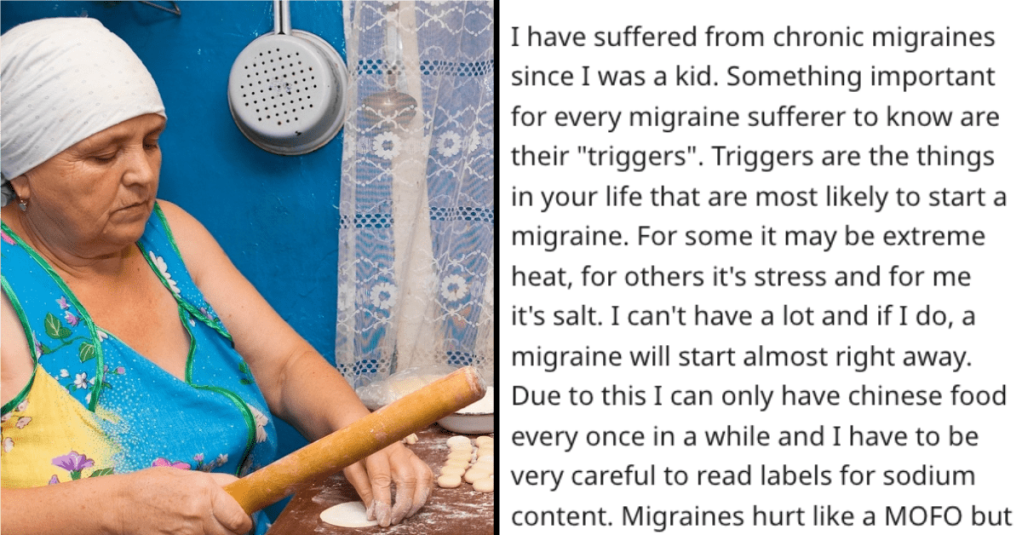 If you’ve never had a migraine, you probably don’t know that they can incapacitate you for hours, and one of the things that trigger them is too much salt. In most instances, you can avoid them by removing this one ingredient.

A Redditor shared his experience with migraines triggered by salt and what prompted him to seek revenge on his mother-in-law after she refused to remove it from her cooking when asked.

As he tells it, he’s been a lifelong sufferer of these debilitating headaches and has to be conscious of his salt content, as it seems to be the trigger. 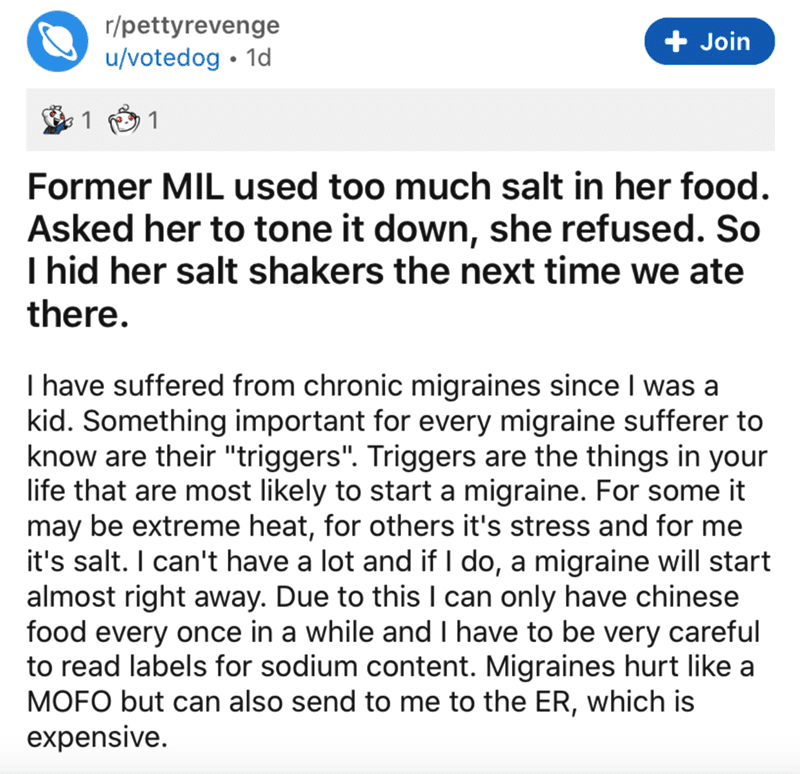 He noticed that every time he would eat at his ex-mother-in-law’s house, he would get sick.

He asked her to ease up on the salt when she prepared meals he would be eating.

She reluctantly agreed, but the arrangement didn’t last long.

When faced with another meal he knew he would become sick from, he decided to take matters into his own hands and hide the secret ingredient. 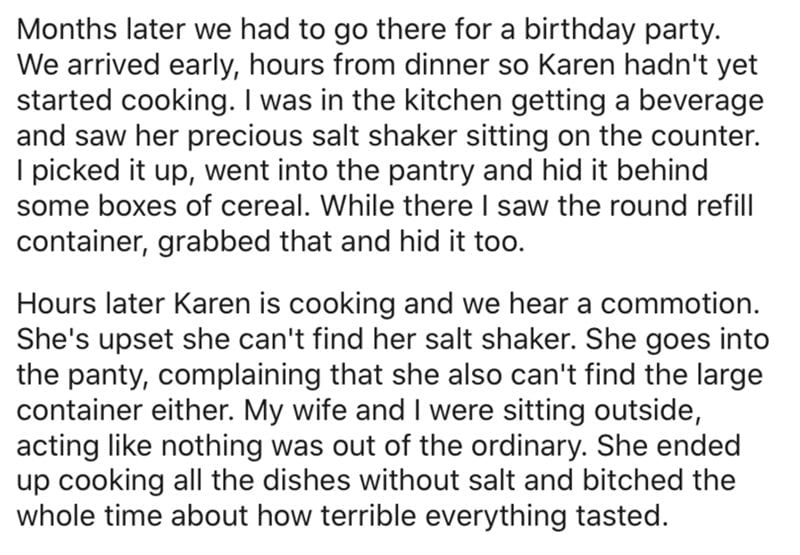 She had to cook without it, and she was not happy. However, everyone else eating noticed the difference for the better! 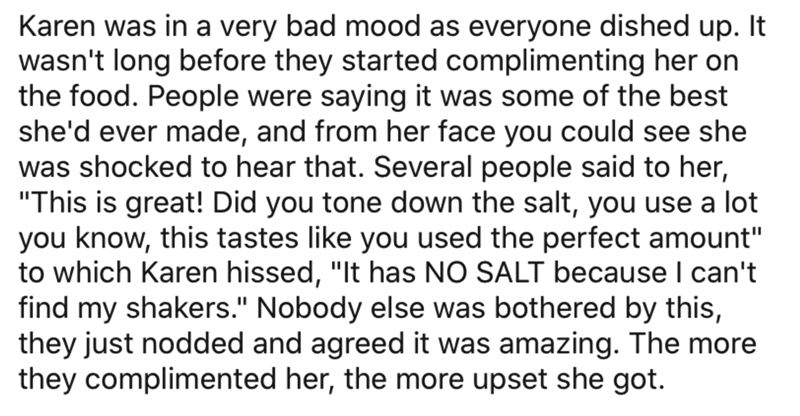 On his way out, he couldn’t resist one parting shot. 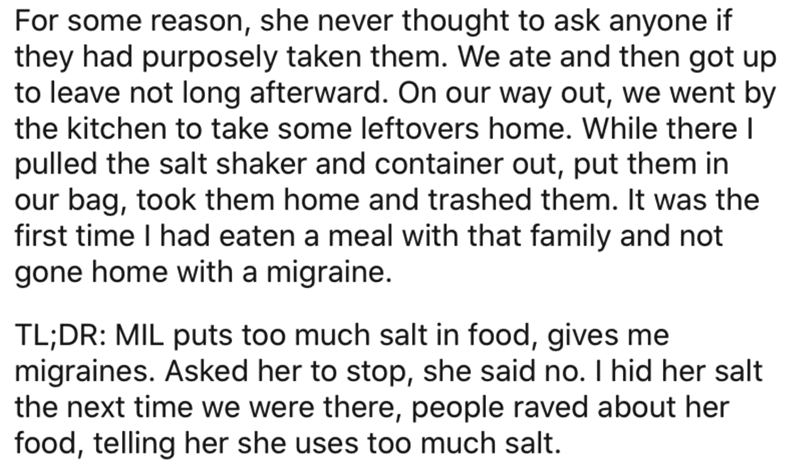 Readers, for the most part, agreed with what he did. What else could he have done? 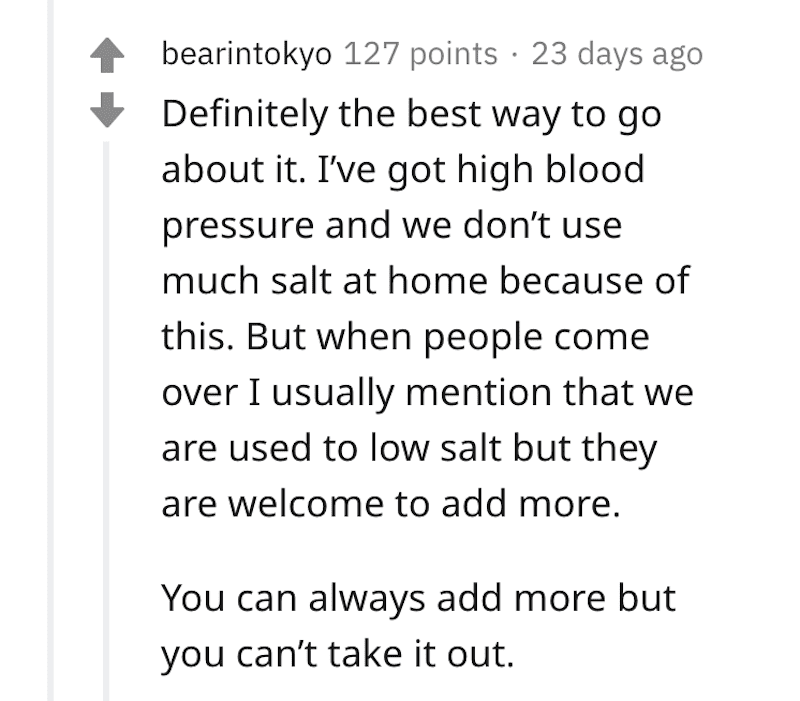 Some Redditors noted that his mother-in-law should have fulfilled his request in the first place, as salt is one of those ingredients that could be added later. 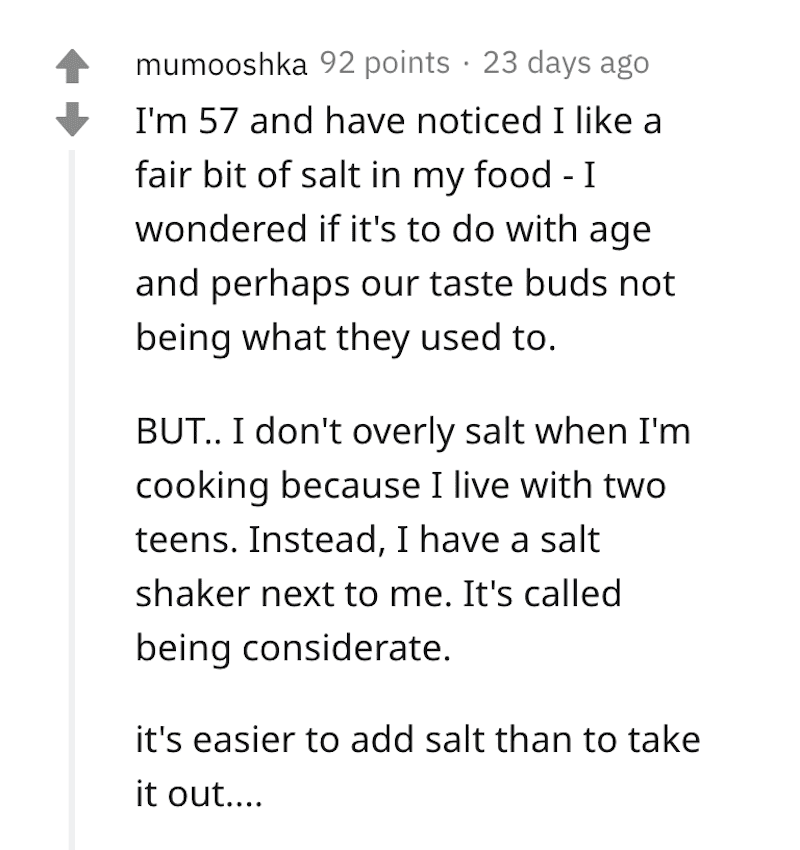 Others said they pretty much had to do the same thing he did in their own families. 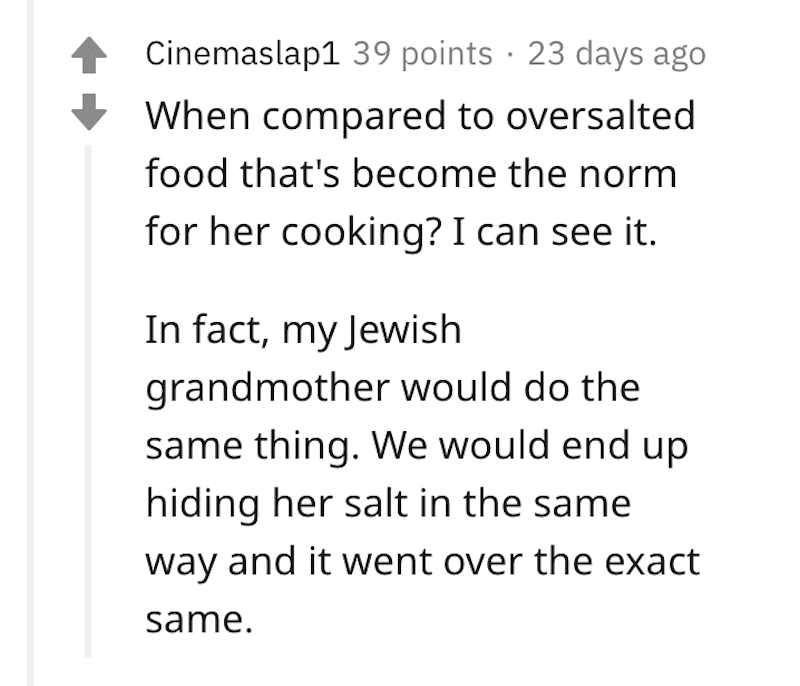 Was he right to do what he did? What would you do? Let us know in the comments below!