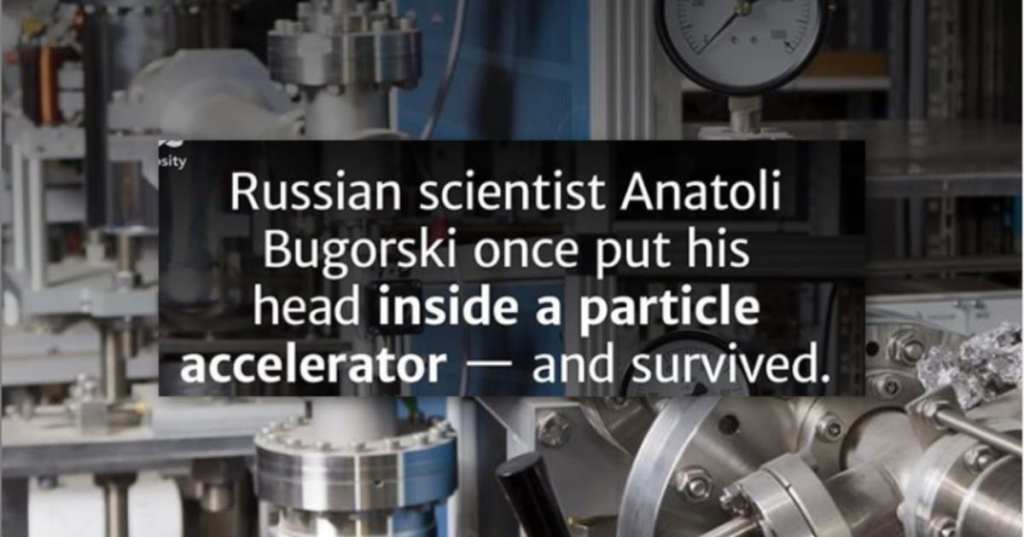 If you’re like me, you might only have a vague idea of what a particle accelerator is and what it does. Like me, you probably realize that sticking your head into things you don’t know much about isn’t a good idea.

Some people make mistakes. Read on.

A particle accelerator, just so we’re all on the same page, is a machine that propels charged particles at nearly light speed. It was invented in the 1930s and has been used to encourage discoveries in particle physics like the Higgs boson.

What happens if you propel charged particles at light speed through your head? Just as Anatoli Bugorski, the man who (admittedly) accidentally found out.

In the 1970s, Bugorski was a scientist and researcher at Russia’s Institute for High Energy Physics. As part of his job, he worked with the particle accelerator known as Synchrotron U-70, and one day, it appeared to be malfunctioning. He stuck his head in to have a look when the safety mechanism snapped at an incredibly inopportune moment, and the machine shot a proton beam straight through his head.

Bugorski reported no pain but a flash of light “brighter than a thousand sun” as the beam entered through the back of his head and exited through his nose. He was rushed to the hospital after the left side of his face swelled up like a balloon to be treated (and studied) until his assumed imminent demise. 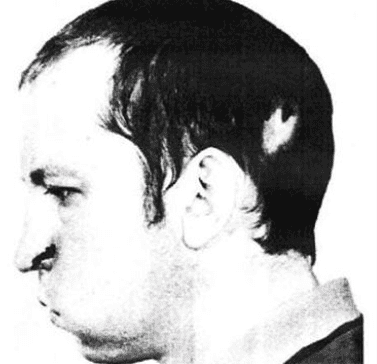 Doctors expected the worst, considering Bugorski’s skull had absorbed 2000x more radiation than it would typically take to kill a person within a few days, but since no one had ever been hit with a proton beam moving at the speed of light, they honestly had no idea what was going to happen.

Bugorski, amazingly, was still alive at last check and is nearing 77 years of age, though he didn’t escape his unintentional battle with proton beams unscathed.

It burned a path through his skull and brain tissue that resulted in skin peeling, he lost the hearing in his left ear and suffered from tinnitus throughout his life.

The left side of his face also gradually became paralyzed, oddly frozen in time, and he suffered from seizures over the years. Not ideal, but considering what could have happened all those years ago, he might actually be one lucky man.

Bugorski completed his doctorate after the incident and presumably always remembered to unplug heavy machinery before sticking any part of his body inside to explore.