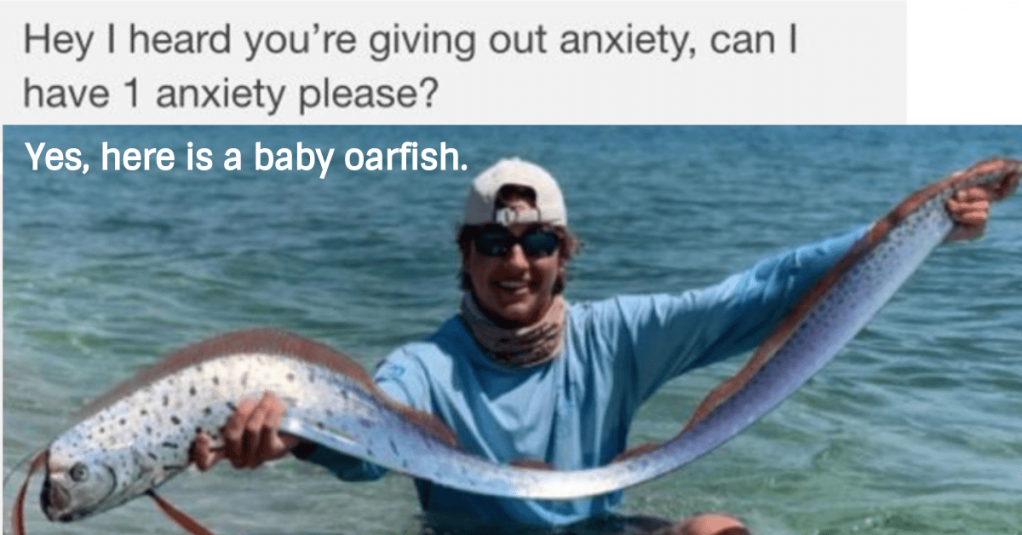 Maybe it’s because of the time I went snorkeling and people started throwing food over the side of the boat, so that suddenly I was positively swarmed by fish. Touching me. (Shudder)

Well after learning about the creature called the giant oarfish, I may never go in the water again.

What is an oarfish, you ask?

Well, they’re in the same family as eels (Actinopterygi), but they’re not eels.

Recently, a Tumblr user asked to be told about something anxiety producing, and “Be careful what you wish for,” would be an understated warning because user @biggest-gaudiest-patronuses brought the goods. 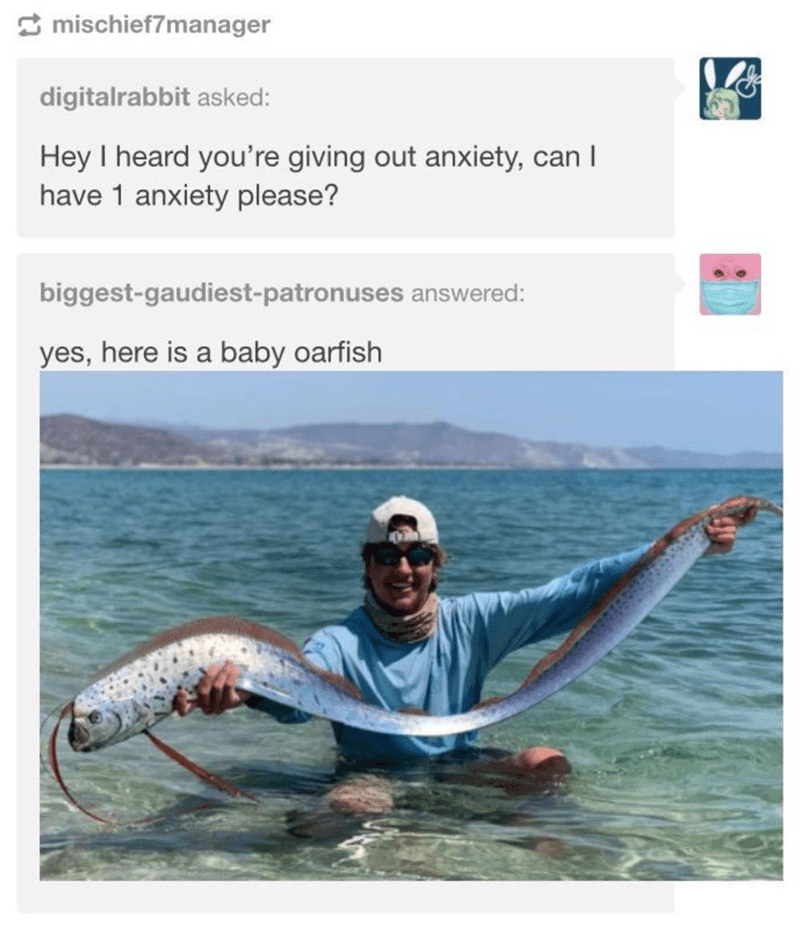 Because of the fish’s length, users were surprised to read it was a baby, and @biggest-gaudiest-patronuses was happy to provide more detailed information. 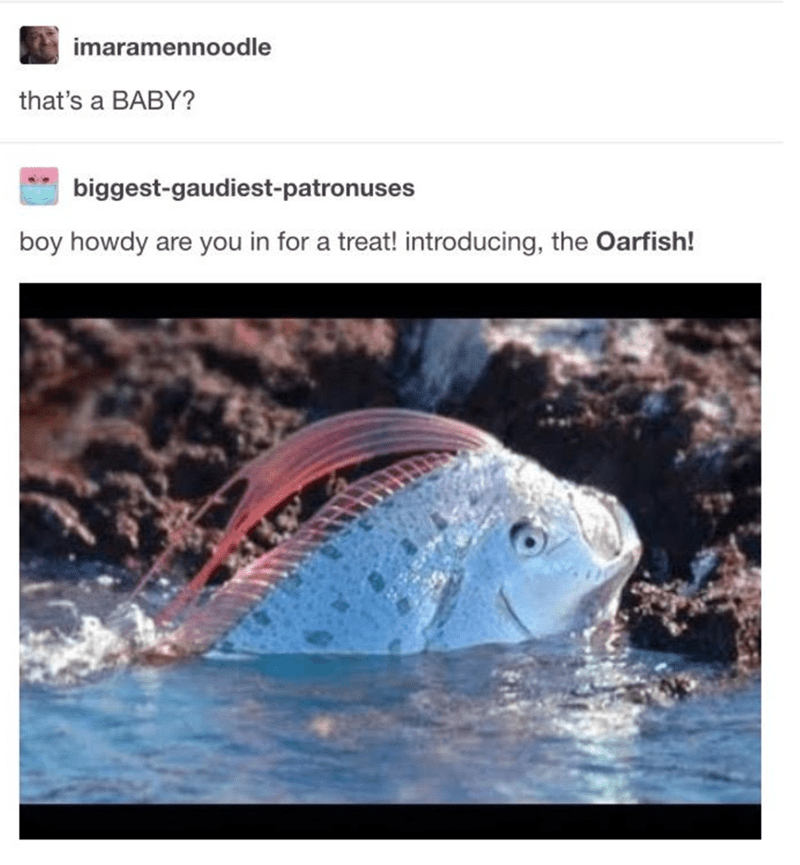 Turns out, they’re fairly mysterious creatures, which is probably why they’re the stuff of Japanese folklore, where they’re known as “the Messenger from the Sea God’s Palace.”

The user shared bigger and bigger examples of the creature, and it gives me the willies. 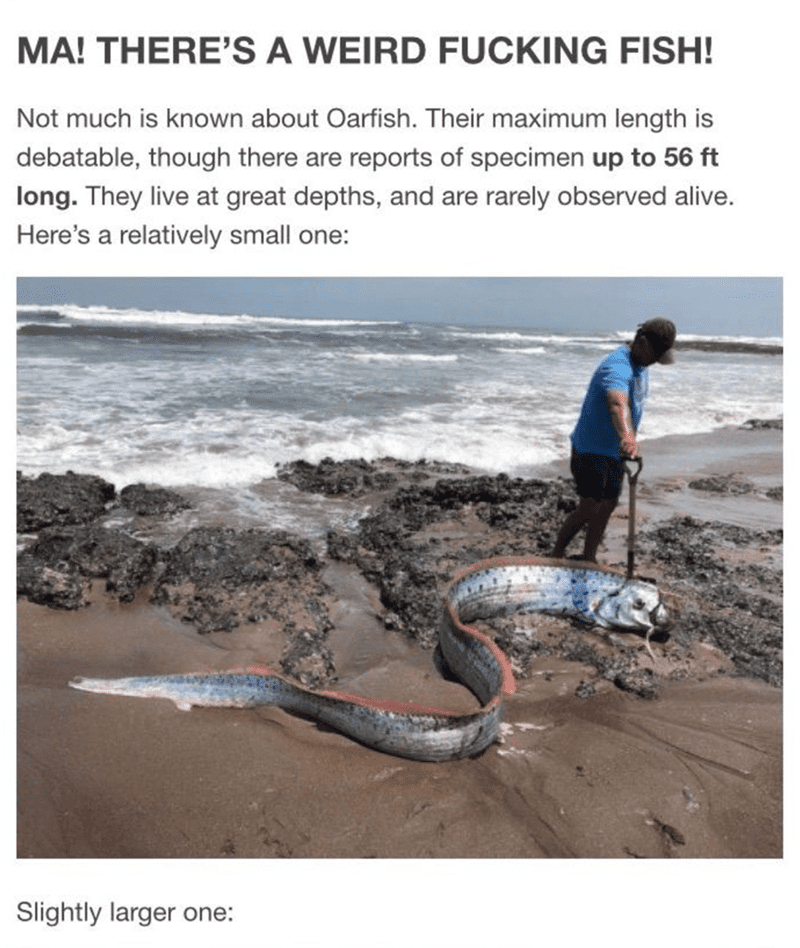 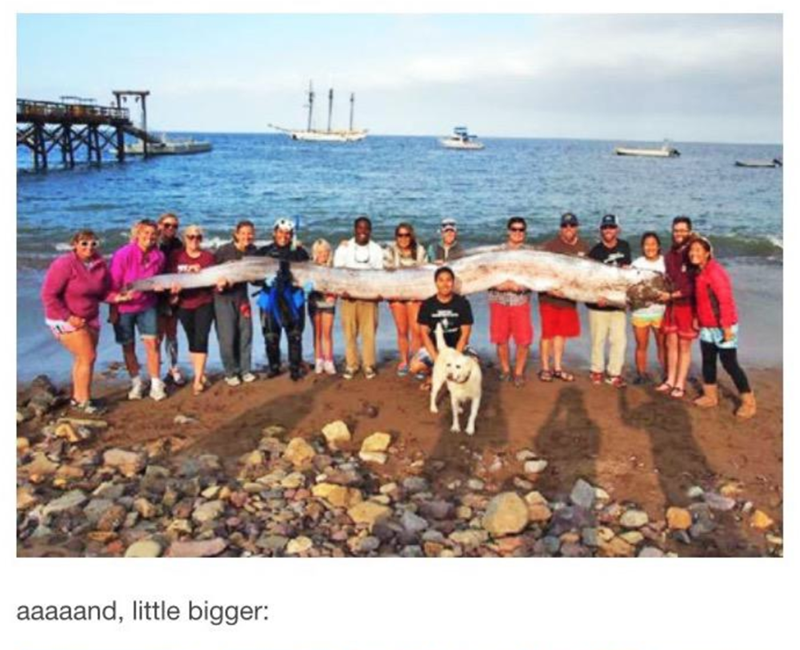 I think they’re going to need a bigger boat. 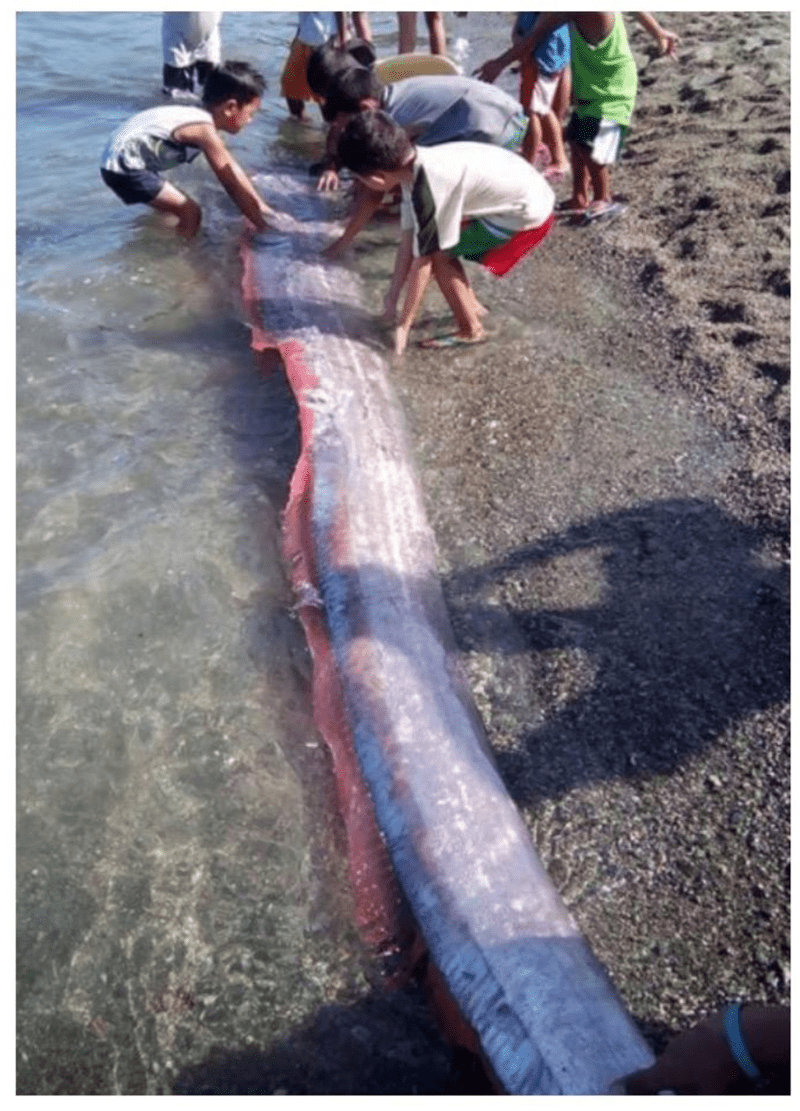 No one bothered to question who @biggest-gaudiest-patronuses was, or why they had so many pictures close to hand and sounded like the world’s foremost authority on wicked-long fish. 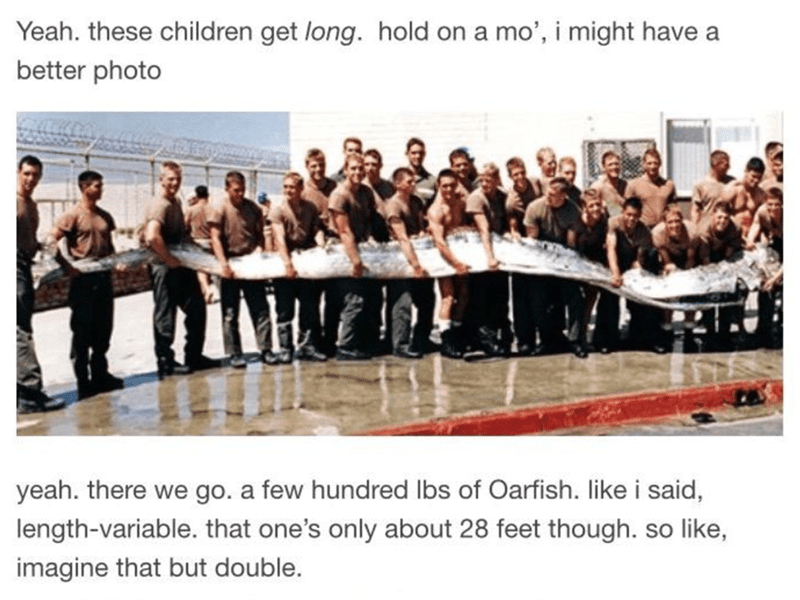 The user then zoomed in for a close-up on the faces of the people and the fish, and dropped a little more knowledge. 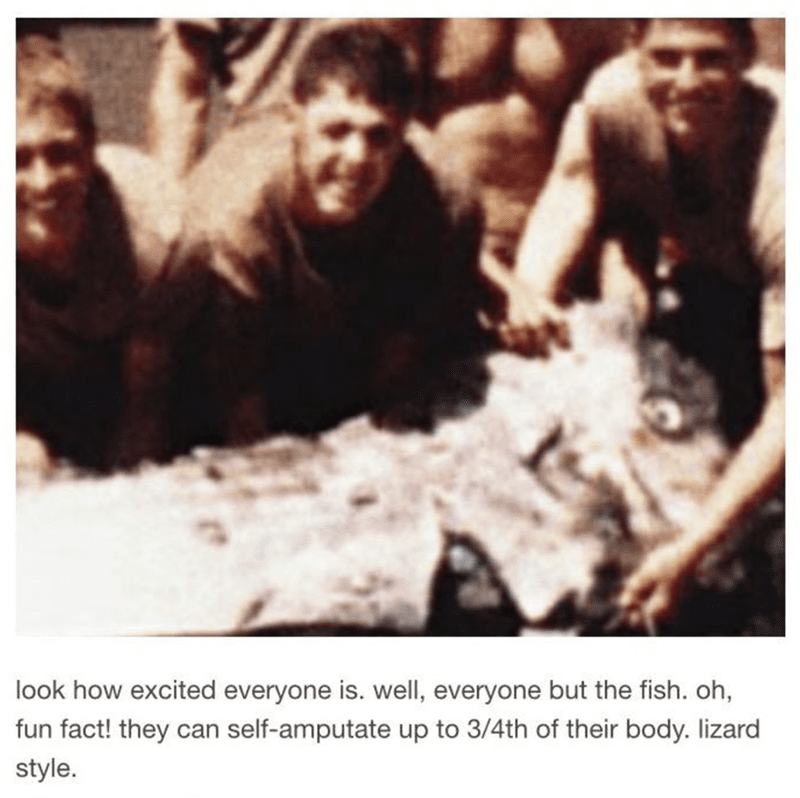 Close up, the fish just looks like any other fish.
Maybe even less mean-looking than an eel. 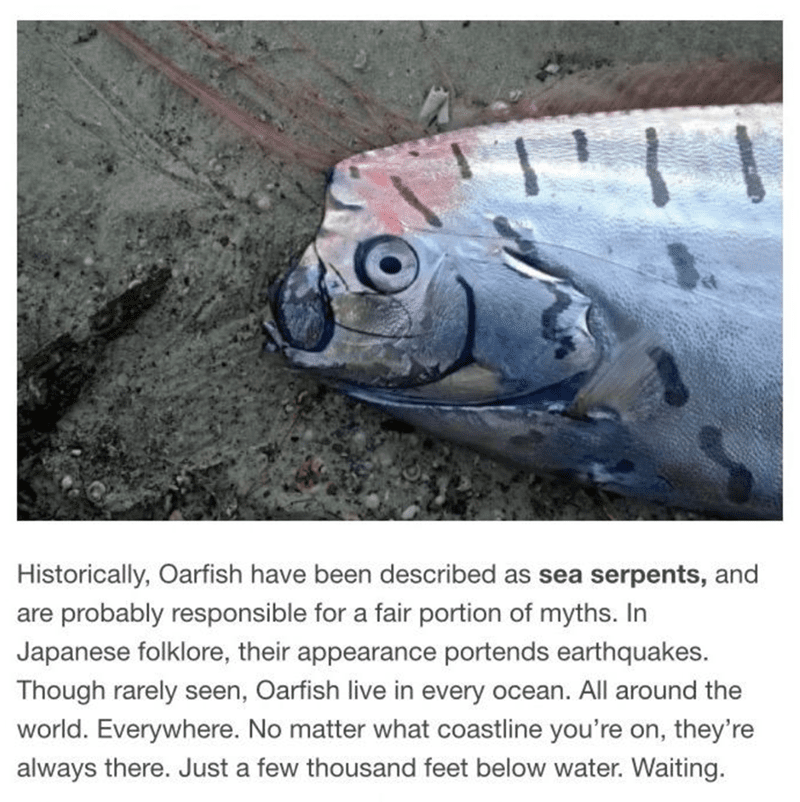 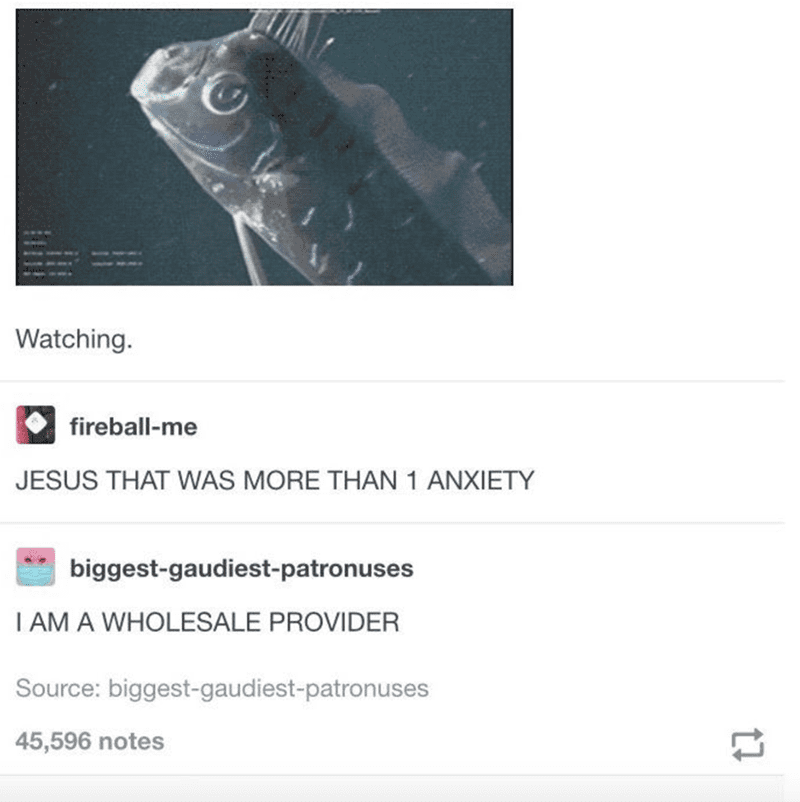 I mean. They seem pretty harmless, but I’m still probably going to have nightmares about them.

What do you think of this ridiculously long fish? Tell us in the comments.