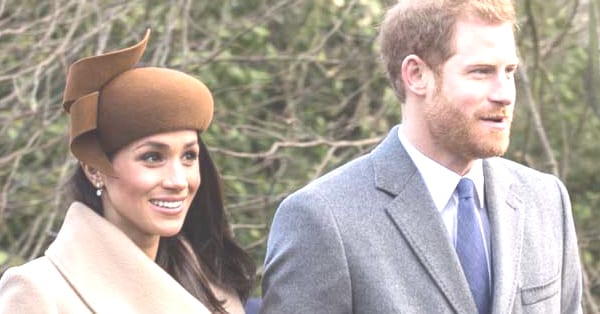 Meghan Markle found her “prince charming” (literally) and tied the knot with Prince Harry on Saturday, May 19.

While she looked absolutely stunning and the ceremony was beautiful, it was truly unlike any other wedding out there. Quite literally, Markle is now entering the “Royal Family,” which, within itself is a huge transition. Not only is she now a married woman, but she’s a married woman who is entering a prestigious society that has a lot of strict rules and regulations.

Being a royal is more than just attending important events and doing immense charity work. In fact, being a Royal has a lot of protocols that come along with the fancy clothes and sparkly crowns. Now that Markle is officially a Royal, she has to say goodbye to some past times–quite literally.

16. Wear anything she wants–including sheer dresses.

In her engagement photos, many were surprised that Markle decided to wear a sheer dress. In fact, it’s very important to The Queen that members of the Royal Family are dressing very classy and conservative. Although Markle may be a starlet on her own, she has a lot of work to do in “reigning it in for The Queen.”

There is no official rule banning PDA, but The Queen is very strict when it comes to the amount of public affection that is shown or photographed. Seeing as Prince Harry and Markle together are the latest “it couple,” paparazzi will be all over them.

The Queen has banned the board game “Monopoly” from the Royal Palace on account that “it gets too vicious.” We’re unsure why, but it is said that Prince Andrew once brought the game elsewhere to play, reporting that he was “not allowed” to have it back home.

13. No more signing autographs for fans.

Markle is well known for her role on the hit TV show “Suits.” The show is indeed quite popular and she has a pretty hefty following. But, now that she’s a Royal, she’s no longer allowed to stop and sign photos for fans. Apparently, the Royal Family does not sign autographs due to the risk of people trying to forge their signatures and duplicate them. However, there have been some exceptions and bending of this rule. As long as you’re not signing your full name that can be replicated, there’s somewhat wiggle room.

For some reason, the Royal Crown does not allow selfies to be taken. According to several media outlets, Prince Harry and Prince William have told fans several times that they aren’t allowed to take selfies and “people should be interested in regular photographs.” Markle had told a couple who asked for a selfie recently that “the Crown does not allow me to do so.” Bummer.

11. She can no longer have social media accounts.

As an actress and celebrity in America, Markle has been active on social media for some time now. But, in January 2018, her accounts were completely gone from the Internet, as the wedding approached. The Royal Crown does not allow anyone in the family to have social media accounts of any kind. In fact, the only photos that are allowed to be posted of Markle now are the official ones taken by reputable sources and photographers.

10. She can’t cross her legs while seated.

The Royals have a way of doing everything–including how to “properly sit as a lady.” While many women prefer to cross their legs, one draped over the other, Markle can no longer do so. Instead, women in the royal family sit with their legs together, and sometimes they occasionally cross their ankles.

Many people often wonder what say the Royal Family has on politics and elections. Well, according to the U.K. Parliment’s website:

Although not prohibited by law, it is considered unconstitutional for the Monarch to vote in an election.

She’s also not allowed to comment on politicians and other political situations, even if Markle is speaking upon U.S. politics.

8. She can no longer wear dresses or skirts with “bare legs.”

Meghan Markle may be used to wearing dresses and showing off her slender legs, but that’s a no-no moving forward. According to Royal experts, the Queen requires that all women in the Royal Family wear nude or sheer stockings whenever their legs are revealed. It’s considered “unladylike” to show off your legs bare.

According to several books written on the Royal Family, whenever attending an event with the Queen, it’s bad manners and poor form to go to bed or leave before she does. So, Markle may be tired and bored at some events, but she cannot excuse herself and go to bed before Queen Elizabeth II.

6. She has to give up her acting career.

Although Markle was a dynamite actress on “Suits,” her days on the screen are now over. Much like Minka Kelly, who also married into the Royal Family, she can no longer have a professional acting career.

The Royal Family prohibits any woman from wearing bright colors out to Royal events and anywhere else they can be seen in public. However, nude and light pink shades (like Essie’s Ballet Slippers) is okay and allowed.

4. If she has a son, she cannot put him in pants as a child.

Much like Prince George, young members of the Royal Family have to be dressed in shorts. According to reports, it’s “too suburban,” for young children to wear pants out in public.

3. She can no longer grab a cup of coffee/tea on the go.

As the stereotype goes, the Royal Family is very specific about their tea. Markle must learn the proper way to drink tea–pinching the top of the handle with your thumb and forefinger, and resting the bottom of the handle on your middle finger. She also has to drink from the same spot every time if she is wearing lipstick.

2. She cannot travel or go out alone.

Being in the Royal Family is like being the President’s daughter–you cannot leave or travel, go anywhere, without security service alongside you. Apparently, Markle’s mother also has her own security detail–just in case.

Markle created her own blog–The Tig–that was a place for women who loved travel, food, fashion, and lifestyle. Markle updated the blog herself with photos, reviews, and other posts. But, she had to shut down her blog in 2018–much like her other social media accounts–under the Royal protocol.