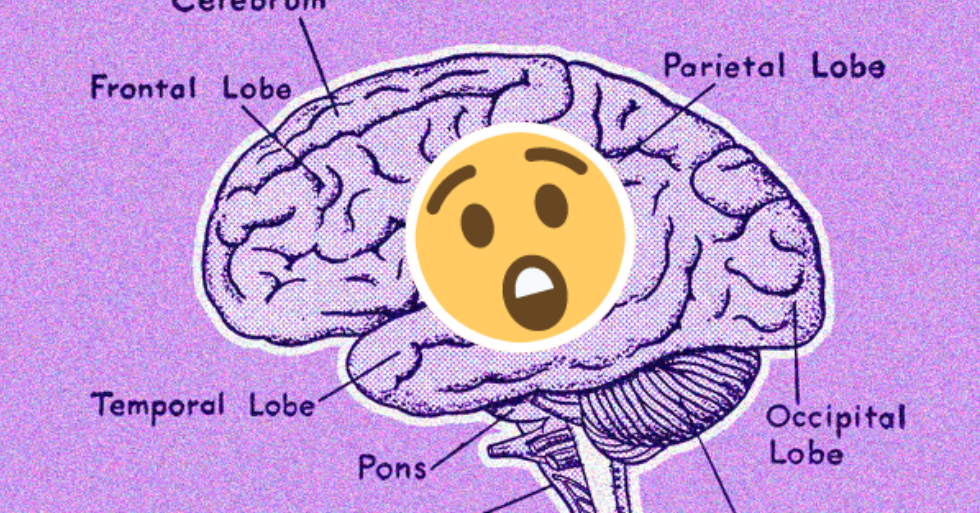 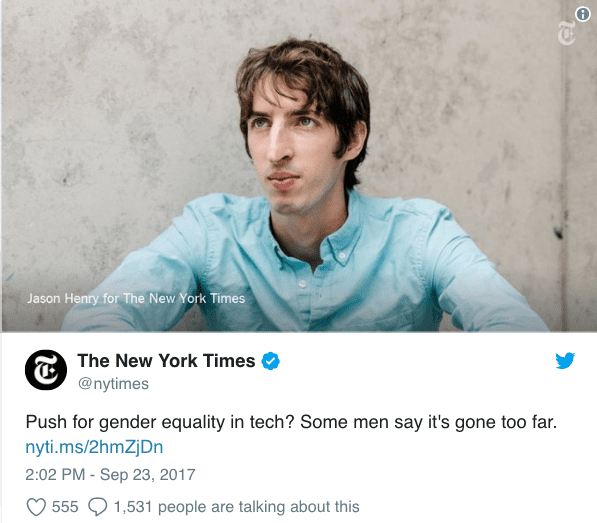 In his 10-page memo, Damore claimed that, due to a biological predisposition, women “relatively prefer jobs in social or artistic areas” and that their biological tendency to be “agreeable” leads to “generally having a harder time negotiating salary, asking for raises, speaking up, and leading.”

Of course, this is a classic example of choosing the bits and pieces from scientific studies that are most convenient for proving your personal, biased opinion.

Lise Eliot, professor of neuroscience at the Chicago Medical School and the author of Pink Brain, Blue Brain, recently gave a talk at the Aspen Ideas Festival which attempted to clarify these long-held misconceptions concerning women being biologically predisposed to thinking in a certain way.

“People say men are from Mars and women are from Venus, but the brain is a unisex organ,” Eliot said. “There is absolutely no difference between male and female brains.”

As The Atlantic reports, Eliot reported that the innate traits we often consider to be gendered or affected by hormones are actually socialized behaviors, ingrained by society:

While there were studies in the ’70s which suggested that men were naturally predisposed to succeeding in mathematics, those results were skewed by the fact that many women were discouraged from entering STEM fields. However, once more outreach programs were instituted, modern women rapidly began closing the gap. This suggests that most of our cognition is conditioned rather than innate.

The Atlantic also writes that many of these stubborn notions about the differences between male and female brains are perpetuated by pop-science articles, intent on getting clicks: “Because most scholars know that any small statistical difference between men and women will make headlines, academics, desperate for funding and attention, often focus studies on gender disparities.”

“We live in a gender-binary world,” said Eliot. “The default assumption is that these differences are hard-wired … But male and female brains are not much [more] different from each other than male or female hearts or kidneys.”

This article was first published by our partners at Woke Sloth.