No, Your Halloween Decorations Really Can’t Include Actual Human Skulls

Author and mortician Caitlin Doughty explains why that’s not a very good (or very legal) idea in her book, Will My Cat Eat My Eyeballs?: Big Questions From Tiny Mortals About Death. 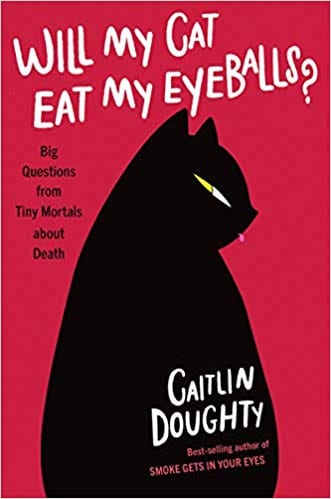 First of all, let’s talk about what it would take to get that skull into a state that would be palatable enough to display. You’d need to first separate it from a body, and then make sure that every last bit of flesh was removed (otherwise, the smell is going to be horrible enough you definitely don’t want to live with it) – both of which aren’t services offered by many (almost any) funeral homes.

Museums and forensic labs often employ dermestid beetles to clear skin – they “delicately eat the dead flesh off a skeleton without destroying the bones” – but your average funeral home doesn’t have a need to keep them on hand.

Ok, even if you could find a gang of beetles or a funeral director willing to help in that arena, you’d still need to tackle the problem of legality.

In most states, there are laws that prevent people from abusing a corpse. Though what constitutes abuse varies from place to place, in general, funeral directors and other people who handle bodies err on the side of caution.

“The laws about buying or selling human remains also vary by state, and are vague, confusing, and enforced at random,” advises Doughty.

Funeral homes are also required to submit a burial-and-transmit permit for each body they handle, with boxes for the usual options of burial, cremation, or donation to science.

“There is no ‘cut off the head, de-flesh it, preserve the skull, and then cremate the rest of the body’ option,” jokes Doughty. “Nothing even close.”

So, even if your beloved grandmother would have been tickled at the thought of watching over your family for generations to come, you probably won’t be able to put her skull on the mantle.

But if you’re looking for just any headless dead person, Doughty kind of shrugs.

“There are ways of procuring a stranger’s skull online if you are willing to engage in some suspect internet commerce.”

If those words are music to your ears, I guess have at it.

Just hopefully not in jail.