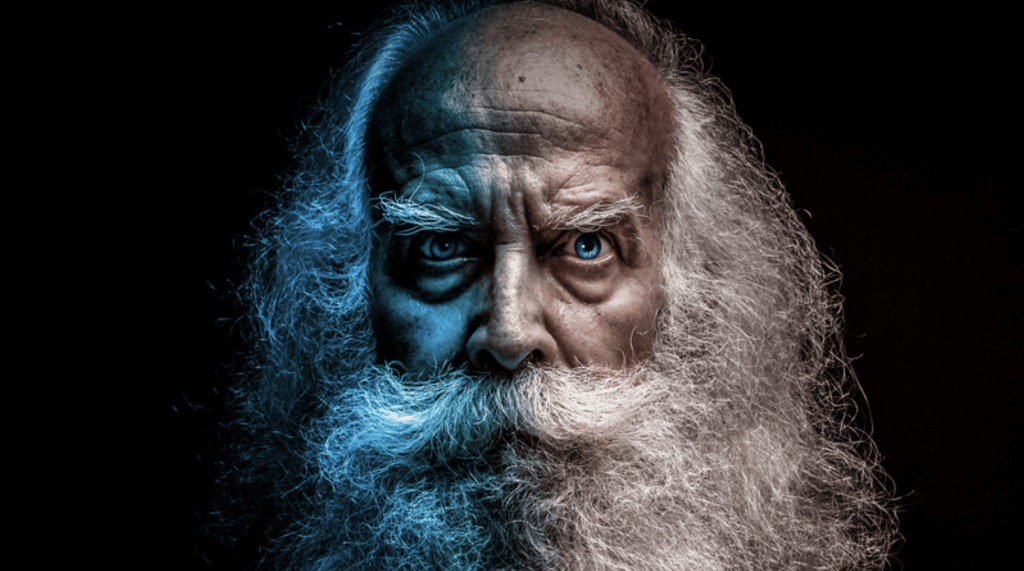 Ah, revenge is so sweet. Especially when it’s served by someone who seems old and out of touch, but is really on to your BS.

A few months ago, the student of a professor, who others routinely dismissed as too old to know what’s up, posted a story on Reddit. Apparently, one particular class didn’t try very hard to hide the fact they were cheating on an exam. But, that’s okay. Old Professor Smarter-Than-You gave these whippersnappers exactly what they deserved–a grade thrashing and a lesson in humility.

Not my revenge, but my professor against cheaters

I took the final for an engineering class this morning. Usually 1 or 2 people will go to the bathroom during class, however for totally unknown reasons, about half of the class needed to use the restroom during the exam. Obviously a vast majority of them were looking up the answers on their phones. This irritated me but I just stayed focused and barely finished since it was a hard exam. I remembered that there was one particular problem that was only barely related to the stuff we went over in class where part a was fairly easy but I had no idea how to do part b. I didn’t fret over it too much though, since that part was only 5 points out of 100.

Well our professor who is on the older side and I would have thought was somewhat ignorant of technology sent us an email just now explaining his diabolical plan to catch cheaters.

Many of the students in this class use chegg (a website that has answers to lots of homework questions if you’re not familiar). To be fair I have an account too though I only used it for studying and checking homework solutions. Anyway he explained that he was tired of people going to the bathroom and looking up answers on their phones so he made the question I mentioned earlier as a trap. He purposely made part b impossible to solve and about a month before the final, he got a TA with a chegg account to ask the exact question, which was distinctly worded to be unique. He then created his own chegg account and answered the question with a bullshit solution that seems right at first glance but is actually fundamentally flawed and very unlikely that someone would make the same assumptions and mistakes independently.

He said that out of 99 exams, 14 of them fell for the trap and that everyone who had his wrong solution on their exam was given a 0 and reported to the university for violating the academic honor pledge they signed on the front. He also sent an email to all the other professors in our department giving them the list of cheaters.

He gave full credit on part b of the question to everyone else.

And oh, the comments did flow after that story.

Sometimes the Questions are Hard…Real Hard. 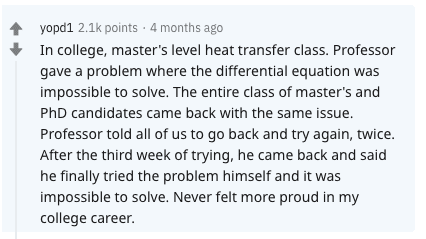 Not in this classroom. These professors are no dummies.

Is It Cold in Here or Is It Just This Professor?

This is a brilliant trap. 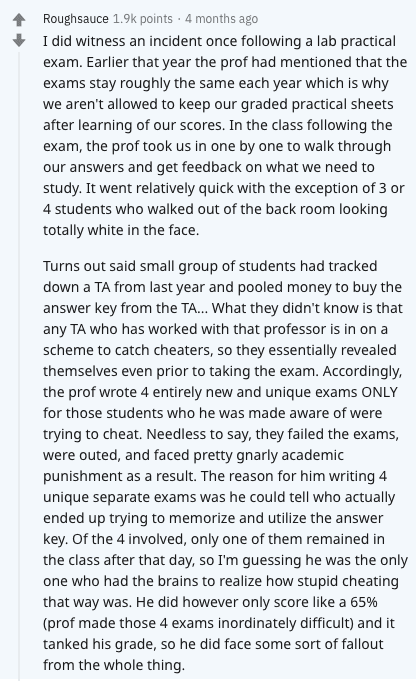 Simple but it works. 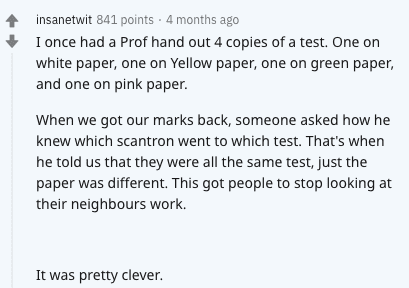 This Scheme Helps Professors Separate the Cheaters From the Rest of the Herd.

Your first cheat is free, but then you’re on the list. 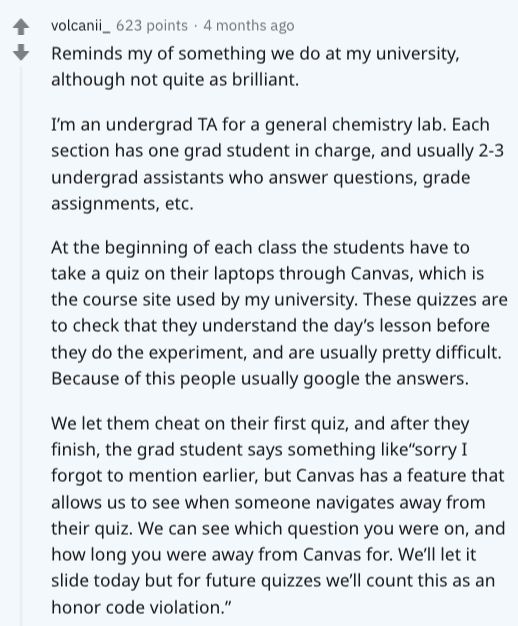 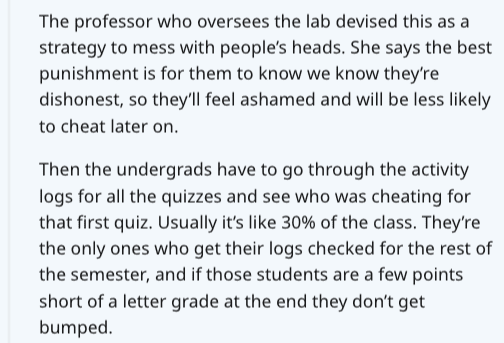 Wow! I love seeing where experience has the last laugh.

It’s easy to think you’re invincible when youth is on your side. And you may be faster, stronger and have more energy. But, at least every once in awhile, respect your elders. Some of them can still take you to the woodshed.

Or be responsible for your grading your final exams.