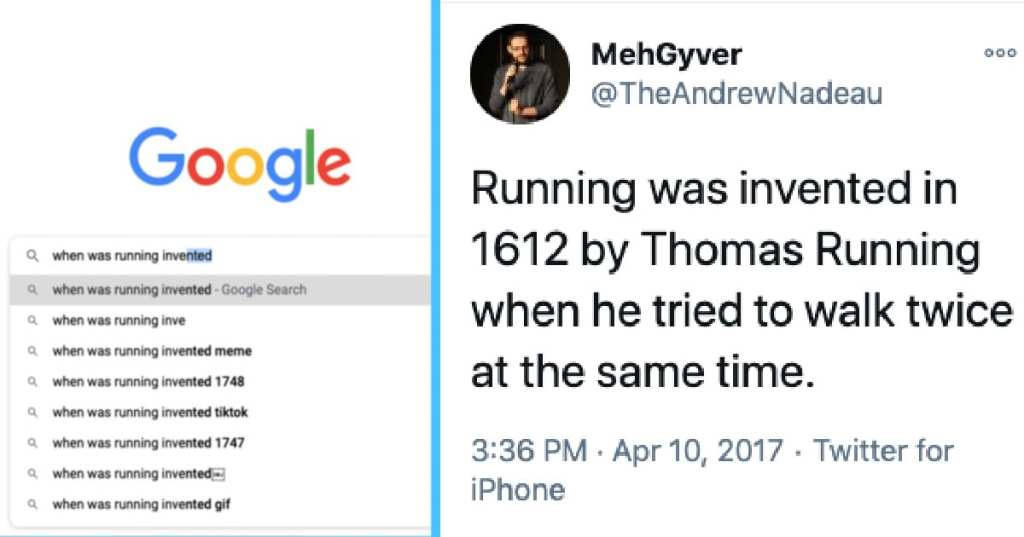 It’s tempting to believe that when we Google something, what returns is not only the answer we were looking for, but the right answer.

We’re lazy, and after years of never having to remember anything for ourselves, our brains barely work anymore.

This joke, though, proves that you shouldn’t just believe whatever Google tells you is true, because like every other piece of artificial intelligence we own that it about to become sentient, sometimes Google is completely off its rocker.

Don’t believe me? Try this:

Open a new tab to Google and type in “When was running invented?” 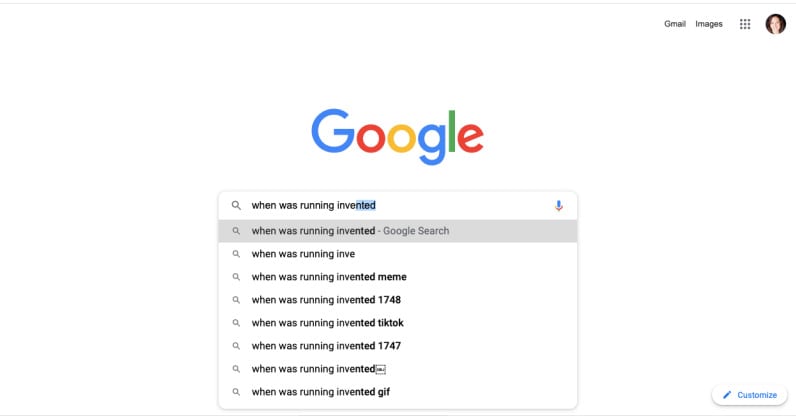 Did you get “Running was invented in 1612 by Thomas Running when he tried to walk twice at the same time?”

I did. It was my second result and not my first, but it’s there. 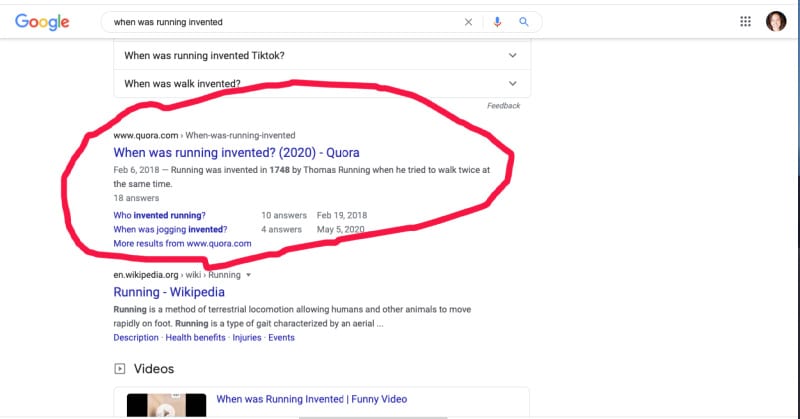 And I’m pretty sure that’s not right.

What it is is a Twitter joke from 2017 that is going to ruin middle schooler’s GPA’s for some time to come.

Running was invented in 1612 by Thomas Running when he tried to walk twice at the same time.

The joke – which isn’t even that popular, with 5,000 retweets – spread through Reddit, Quora, and a bunch of other sources that Google pulls from as answering avenues as a meme.

The tweet just happens to be phrased exactly like an answer that Google looks for when detecting a question. The structure of the “what” (running was invented), “when” (in 1612), “who,” (Thomas Running), and “how” (he tried to walk twice at the same time) comes together to trick SEO into thinking it’s not only a viable, but a top answer.

The other half of this equation is that it’s a nonsense question, which means there’s no real answer. You are less likely to be trolled when the question is legit, but I mean…think about the things you’ve Googled in your life.

How many of them could come back with bogus answers?

Just another important reminder to always check your sources, people.