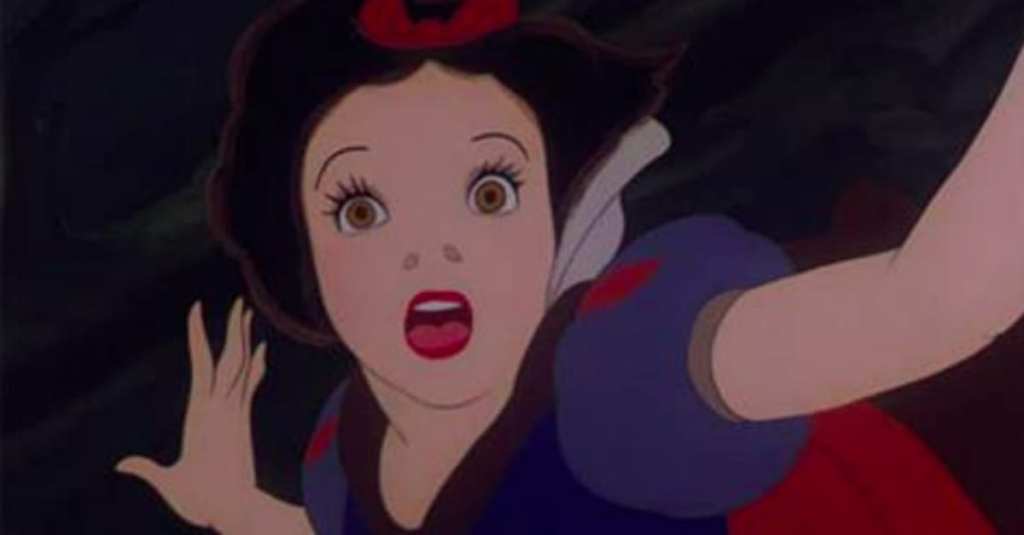 Even if Disney has had a scandal here and there (secret adult messages in animated films, anyone?), we don’t generally associate the studio with sexpot princesses. But an early imagining of Snow White was just that…and her sexiness was why she was revamped (heh).

Snow White’s pouty, red lips, doe-eyes, and flashing ankle might not seem like much today, but in the 1930’s the world was very different. The scandal was enough to make Disney scramble to destroy all copies of her.

They failed, clearly, and so much the better for us. I can’t say, though, whether Walt Disney – who was very concerned with his company’s wholesome image – would agree.

Then again, maybe he was looking for something a little saucy in his first animated princess, since he hired the same animators behind Betty Boop. Of course, at the time there simply weren’t many artists who could convincingly animate people, so his choices were probably somewhat limited.

As Bobby Livingstone, an art expert at RR Auctions, said:

This is the earliest Snow White cel that we’re aware of…Walt Disney hired the artists who did Betty Boop, and their early versions of Snow White resembled Betty Boop, such as the way she held her skirt up.

This was not the image Disney wanted for Snow White and he killed this version. He thought Snow White ought to be wholesome and rooted in innocence rather than be sexy.

Basically, she lost her pouty lips and long eyelashes, and gained her long-skirted peasant dress. Walt signed off, and all was well – Snow White as we know her was born. Tada!