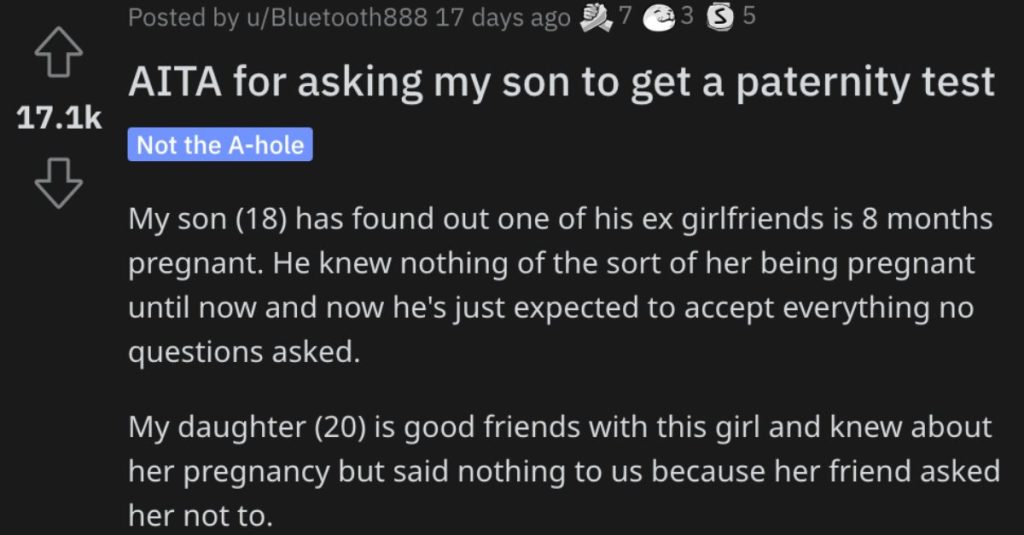 Take a look at this story and see if you think this parent is wrong for asking their 18-year-old son to take a paternity test.

AITA for asking my son to get a paternity test?

“My son (18) has found out one of his ex girlfriends is 8 months pregnant. He knew nothing of the sort of her being pregnant until now and now he’s just expected to accept everything no questions asked.

My daughter (20) is good friends with this girl and knew about her pregnancy but said nothing to us because her friend asked her not to.

My son was head over heels for this lady but she ended up breaking his heart by cheating on him and was very needy and manipulative. He spent a lot of money on her because she would ask for gift my son couldn’t even afford and convince him to use one of my credit cards to achieve it.

My daughter who isn’t Currently living with us and is actually rooming with her by her college is also being manipulated by her and think she only does good and doesn’t believe that she convinced her brother to use my credit or that she even cheated. Showed up with my son’s ex girlfriend at my door to help her tell us that she’s pregnant.

When I seen her there at my door visually pregnant I knew she was gonna be saying that my son is the father of her child and immediately said that my son will not be putting in any money or time until there is a paternity test proving that is his child, My son backed me up and agreed.

My daughter was horrified by my comment and accused me of encouraging him to be a deadbeat father and was upset I didn’t even give them a chance to explain themselves.

My son’s ex starting crying saying you always assume the worst of me and that she went 8 months of pregnancy alone and the least we could do is ensure she is taken care of for the betterment of his child.

I do agree that if this is his child we gonna ensure mom is doing well to ensure baby is doing well but I don’t want my son to be involved with her only to get his heart broken again and only to find out that the child isn’t his.

This reader said this parent is NTA and said how their son should lay it all out. 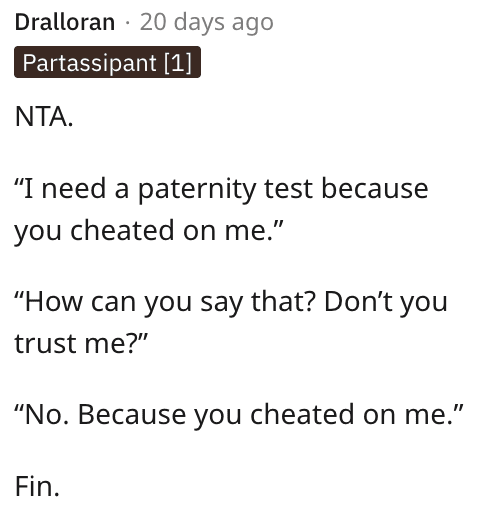 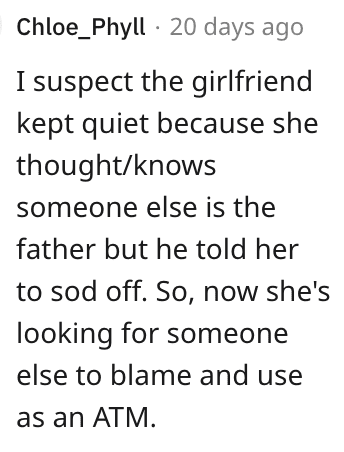 And this person said this parent is NTA and also had some thoughts about what’s really going on here. 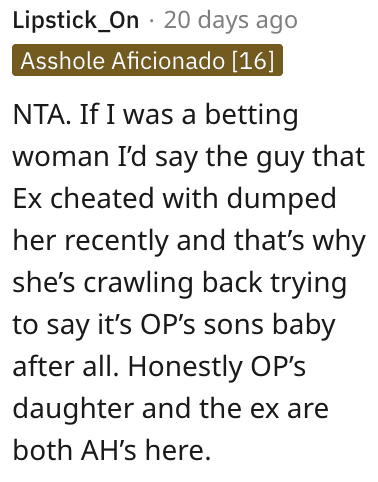