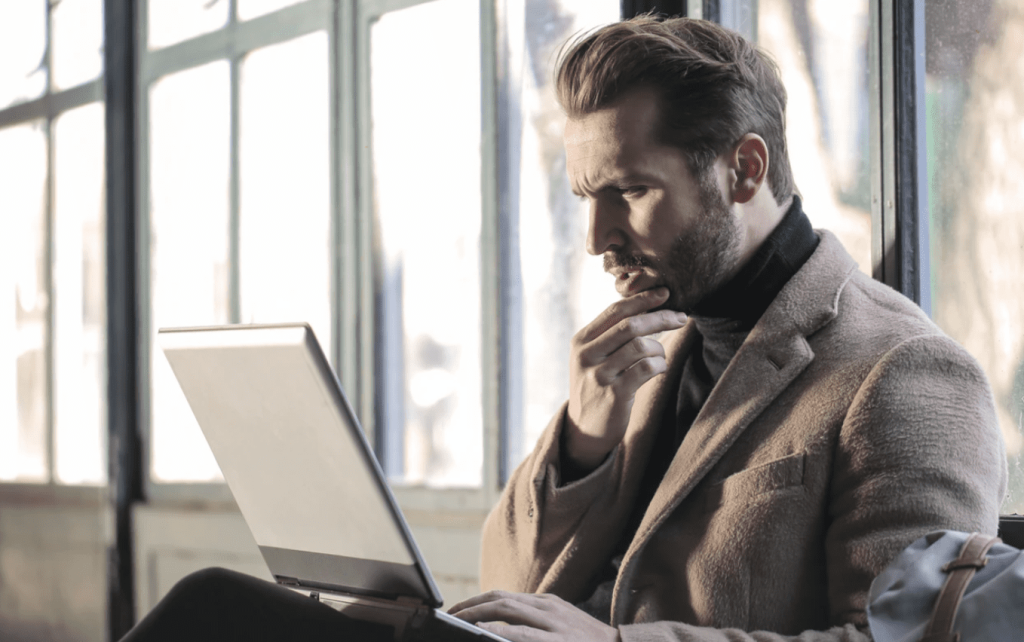 BIOLOGY. I tried to take Basic Biology 101 a couple of different times when I went to college and I just couldn’t make any sense of it.

What makes absolutely no sense to you? Here’s what AskReddit users had to say about this.

1. Let’s start from the beginning.

I’m a reasonably tech-savvy person, but I genuinely have no idea about the inner workings of the tools I use for 12 hours every day. It’s like I’m like a professional driver who has no idea how an engine or a turbocharger or brakes work.

edit: For those interested in reading more about the magic boxes and don’t want to delve deeper into the comments, here were the most frequent suggestions.”

“The process of thought, how we can make so many decisions in a split second. Internal dialogue is crazy. Does everyone have the same sort of inner thoughts? Do animals have internal dialogue? When I think about it, it blows my mind.”

3. How do these things work?

“I’m a physics teacher and i’m embarrassed to say that despite reading several explanations, i still don’t understand how batteries work.

Specifically, if one end of the battery basically houses excess electrons and the positive side has a dearth of electrons, why doesn’t connecting two batteries but not in a closed circuit cause half of each battery to drain?”

“How anyone learns to read. When I try to break it down it just seems so crazy and impossible. “See this shape? It sounds like this. Or like this. Or sometimes like this. Actually, sometimes it doesn’t make any sound at all. Got it? Great! Now here’s 25 more of them”

But 4 year olds are doing it! Insane.”

“People who take personal offence when your taste in music/movies/food/ whatever differs from theirs. I went to college with a guy who listened to exclusively classic rock. Great genre, totally get it.

Except he would get legitimately angry when someone put on rap in the car or wanted to sing pop at karaoke. Refused to work with a friend of mine in a group project because she loved techno, said her opinions would never matter because obviously something was wrong with her. Why can’t you just let people enjoy the shit they like?”

“How language developed. Obviously it did but I just can’t fathom how. I just picture cavemen men walking and pointing to things and grunting.”

“Just thinking about life and the universe.

Like where do we go after we die? Why are we here?

Thinking about the universe and how big it is and space and time? Black holes?

Why are here generally and what’s our purpose?

If there are other live forms in different galaxies?”

“People who refuse to change their beliefs and opinions when confronted with rock solid evidence to the contrary.”

9. I’ve thought about this.

“How so many fucking terrible commercials make it to TV. When I see a dumb commercial, my thought is always the same:

A group of grown ass people sat around a table somewhere and discussed how they want to promote their brand. They came up with an entire marketing strategy, probably had a vote about it, and sent approval on to the marketing department/company for production.

That marketing department created, scripted, filmed, and produced that piece of shit commercial. Then they sent it back to the group of grown ass people, who sat around the same table watching the shitty commercial before agreeing that it’s sending the exact message they want about their brand.

They likely then vote again to approve running it on TV. A huge budget is approved for putting that dumb ass commercial out there, and the result is the piece of crap I just saw on TV.

Yeah, I don’t understand that.”

“Most of the “humour” of popular YouTubers.

Don’t see how that appeals to anyone over the age of 10.”

“Former infantry team leader here. What ALWAYS blew my mind is how these kids- fresh out of high school, never lived on their own, etc.. – with such minimal life experiences, sign themselves away to a life a literally kicking doors in, being shot at, and being completely miserable 95 percent of time.

Aside from the obvious, when you step off on patrol (especially when briefed that enemy troops have been confirmed in the area, and taking contact is very likely), you have ZERO idea if you’ll make it back to your little plywood and hesco paradise to ever watch another sunrise or not.

I joined in my mid 20s, and always thought of college and all the things I never would have experienced had I did what they did. I dunno… it might sound dumb, and eventually you come to terms with the dangers of the job, but still- I personally will never understand it.”

“Why it’s such a taboo to talk about anything sex related. I’m from India. We have a pretty high population, second only to China. It’s not like we’re shy about doing it,but we HATE talking about it. U say “Sex” anywhere and people look at you like you said “Hail Satan” or something. Teachers are uptight and super scientific and formal about sex education.

They actually hold seperate classes for boys and girls. And no talk of menstruation either. It’s not a disease it happens to literally every woman on the planet. Women don’t report sexual assault because they’re blamed for it ,the way they dress etc is called enticing men into doing it.

It’s a social stigma and nobody would marry you and your family will be shunned. I’ve honestly never understood any of that.”

“Why some people still believe that vaccines cause autism or are otherwise harmful.”

“Why the Kardashians are famous and popular.”

15. Please explain this to me.

“I don’t understand how internet works. At all.

Like how does this tangible object we can make turn into an endless web on a screen where I can see anything and go anywhere?!?!?

I’ve tried learning about it. I don’t get it. Hahahha.”

“Traffic. You sit on the high way driving 3mph thinking “Hmm must be a wreck ahead” then you get clear of the traffic and there was never any clear reason or cause for the traffic.”

“Bitcoin, no matter how it’s explained to me.”

Some of those responses make a lot of sense to me!

Now we want to hear from you. What is something that you truly don’t understand?

Share your thoughts with us in the comments, please!