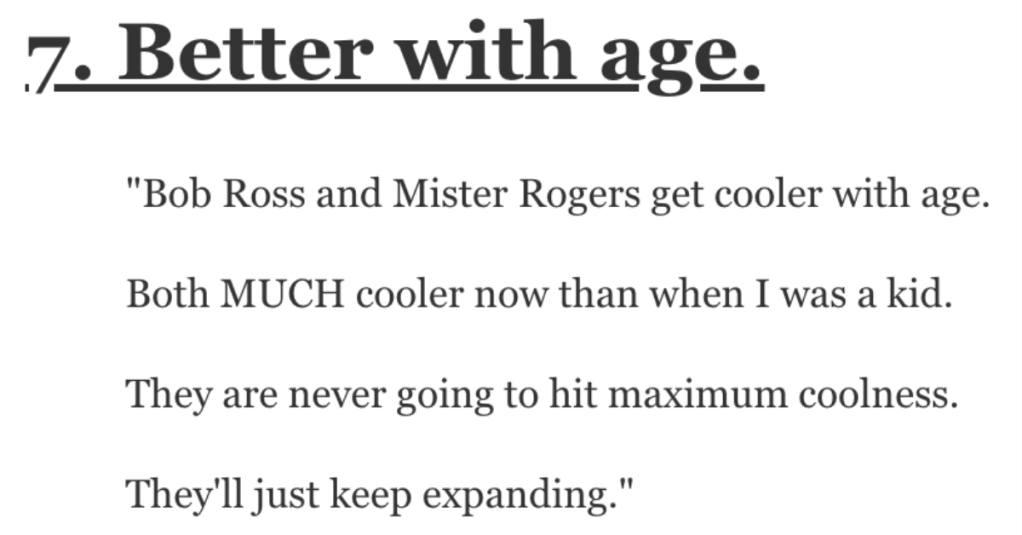 People Offer Their Opinions About What Never Stopped Being Cool

Some things are just cool and they always have been.

It’s just the way it is!

So let’s learn about some more eternally cool stuff.

AskReddit users talked about what was, is, and always shall be cool.

“Being the guy out of the group that waits for you when you have to stop and tie your shoe.

I LOVE that guy!”

“Being the type of person who is kind without trying to get recognized for it.

My whole family tries to be this way. As a kid, there were always strange people by the house……I asked my parents when I got a little older why they had a bunch of whacky friends.

They were nice to everyone unless you gave them a reason not to be. That lead to all the strangers and outcasts that were always dumped on by *ssholes feeling like they had a home and a friend.

I try to live by the same code because “normal” is nothing more than a setting on the dryer.”

“Sticking up for people in need.

I went to school with a mentally challenged girl from preschool through high school. She always said hi to me and I would ask her how she was, almost every single day.

One day in middle school she started walking across the street without looking and got hit by a car. She wasnt badly injured, just a few scrapes and bruises. Well a couple weeks after that she was trying to cross the street to get to school but the traffic was bad and she was scared to try to cross.

I’m not even into skateboarding and I think he’s cool.”

On the ground, in a pair of pants.

It sparks a joy in most/all people, no matter the age.”

“Bob Ross and Mister Rogers get cooler with age.

Both MUCH cooler now than when I was a kid.

They are never going to hit maximum coolness.

“A gentle but witty comeback.”

“A cold beer after a long day of work.

Pizza and beer after helping someone move.

I wouldn’t mind having one if I could pull it off.”

“Jeans, a white t-shirt and some black boots.”

“Converse will be cool until the end of time.

This is the hill I will die on.”

The Les Paul is like 60 years old and still cool.”

What do you think has never gone out of style and will always be cool?