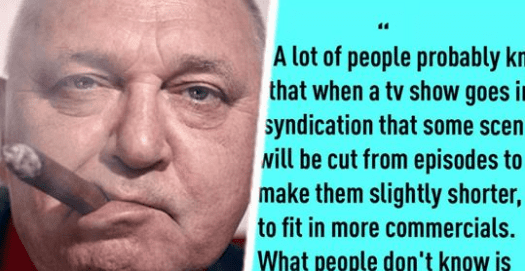 Anyone who has ever been employed knows every company has its share of secrets. The bigger the company, the more important it is that that secret doesn’t see the light of day. Thanks to the anonymity of the internet and some truly horrendous identity-hiding screen names, 13 of these secrets are coming out. Companies, prepare to have your whistle blown.

At Subway my manager never once bought real mayonnaise. The Light Mayo and the Real Mayo are both Light Mayo. Investigate those fuckers.

Ask to have the late fee waived. I literally cannot do anything with it until you specifically ask.

“That’s the late fee we have. I do apologize for that inconvenience.”

“Well I guess I’ll have to pay it then…”

“Do you realize how much that is?”

“Yes, and I do apologize for the inconvenience.”

“Well, can you do something about it?”

Yes. Now I can because you asked. Please stop making me feel guilty that you paid your bill late.

3. And Acicin reveals what a rep does when they don’t want the customer to hear their magic words.

Customer service also have mute buttons, and they use it to laugh at you and/or call you names while you’re busy complaining

4. ChildofValhalla unveils a secret that comes out in the wash.

Our printing department printed your t-shirts wrong, and right now they’re filling in the missing ink spots with Sharpies.

Edit: To answer some questions, yes this is just one example of the overall theme in most restaurants: ZERO WASTE! Any veg trimmings, chicken trimmings, beef bones get boiled to stock. Left over entrées are usually tomorrow’s open-faced lunch sammy special. Plastic containers are cut in half so everything is able to be scraped out. Second only to quality and consistency of food, zero waste is the credo to live by.

Nearly every caller you hear on top 40 radio is either a intern or someone else close to the studio, everything is fake. Especially that war of the roses shit.

7. borkencode has even worse news about TV.

A lot of people probably know that when a tv show goes into syndication that some scenes will be cut from episodes to make them slightly shorter, to fit in more commercials.

What people don’t know is that the show can be slightly sped up as well, to squeeze in just a little more advertising.

Printer ink cartridges are meant to signal that they’re empty after a certain number of pages, even if they still have some ink left.

GODDAMMIT ALL THAT INK I WASTED

9. derpsha gives every reason to just buy your baked goods in the frozen section.

Grocery store bakeries do not bake the cakes they decorate. That stuff comes in frozen. Stop asking me to bake you a carrot cake. On top of that most of the baking in grocery store bakeries is just pulling frozen pastries or muffins or whatever out of a box and panning it up, then putting it in the proofer /oven. We don’t really make things anymore.

10. evil420pimp‘s weird secret is that Dawn is even better than you think.

You use too much dawn dish soap. That stuff is ridiculously concentrated.

11. Hullu2000 has a tip for anyone who still uses graphing calculators.

That was a real shit storm.

TL;DR: The public found out a way to install custom firmware on to TI calculators. TI lost their shit.

Every programmer in the world occasionally writes a very bad code that sticks with the app/program forever.

13. And finally, The_Hero_of_Legend reveals that you’re better off donning that blue apron than work at the second (third?) most magical place on earth.

Merlin Entertainments, the company that runs a wide variety of midway attractions like Legoland Discovery Centers as well as Legoland itself, pays most of their American employees less than Walmart. Oftentimes, employees love the job, but ultimately can’t afford to keep it. This causes a near 90% turnover rate.