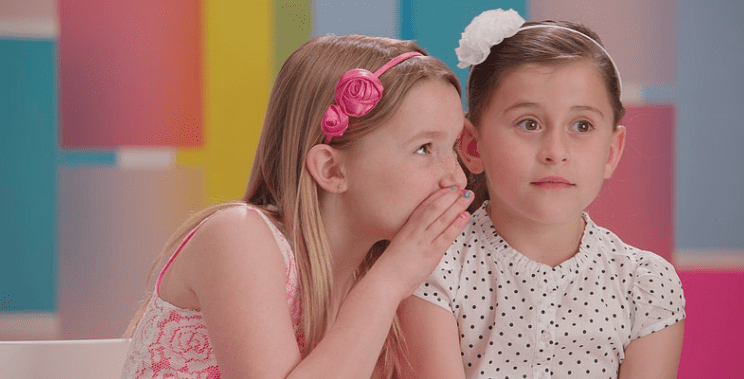 People Reveal the Weirdest Rumors They’ve Ever Heard About Themselves

I don’t know how this rumor got started or why, but one day in high school a bunch of people came up to me randomly throughout the course of one day and asked me if I was okay.

I had no idea what any of them were talking about. They’d then say, “I heard you took a really nasty spill down the stairs this morning in front of everyone and I just wanted to see if you got hurt really bad….”

Weird, right? What’s even weirder is I still haven’t figured out who started this rumor or why.

These AskReddit folks are in the same boat as well, and they shared the weirdest rumors they’ve ever heard about themselves. The social world can be a confusing place sometimes.

“During my final year of high school, there was a serial killer targeting the sex workers of our nearest town.

I happened to be ill on one of the days two of the bodies were discovered. In a previous lesson I had also argued with my geography class about what the serial killer would be dubbed by the media. They insisted he would be called the (name of our town) ripper. I pointed out that the title ripper was usually reserved for killers who mutilated their victims, and thus far all of his found victims had been strangled. I argued that he would therefore be called the (name of our county) strangler, as that would also be alliteration which the media seem to love.

Lo and behold, the media name him the (name of county) strangler. Plus my being off during for a few days whilst the poor victims bodies were found could mean only one thing, I a petite 16 year old female was strangling fully grown women with my bare hands. Quite the rumour to come back too.

A rumour also spread that I was dead a couple of years prior to this. I had an accident playing football (soccer), in which I injured my back. This somehow twisted into me having broke my back, and from there warped into me having died. People were shocked when I returned about a fortnight later.”

“A friend told people that I get up super early in the morning to practice hip-hop dance moves.

Some friends were talking about how good I was at dancing (at the time we were going to nightclubs a lot), but they’d never seen me actually practice dancing.

That’s when the one friend made up my early morning dance ritual.

For context, I was living in a hostel at the time.

Had no idea this happened until one of my roommates, a young Irish guy, stumbled into our shared dorm room at like three in the morning. Drunk after a night out.

“What the hell are you talking about?!” I said, bleary-eyed from just waking up.

“Your friend, he said you get up early in the morning when everyone else in the hostel is sleeping, to go out and practice your dance moves.”

“It’s okay! Your secret is safe with me! I will get up at four in the morning, I don’t care when. You give me the time and I will be there!” he promised.

“Okay, whatever! Jesus Christ, just let me go to sleep!”

He smiled with satisfaction then walked away and crashed into his bed.

The friend who started the rumor had a sh*t-eating grin when I told him this story later.”

“During high school years, I didn’t go to school for about 3 months. I had dengue fever, a lot similar to having malaria.

Rumor in high school among my friends and teacher.

1) my parents probably killed me, despite my dad is a teacher in the same school.

2) ran away from home

3) fought with parents, and kicked from the house and became homeless…

My dad told my head teacher, I was sick. Though she didn’t believe it. Lol

Upon returning to school, I looked different. Skinny, tall, and toned. Told everyone I joined a mosquito cult.”

“When I was a kid my sister dared me to eat an ant, so I did (a tiny one, not my proudest moment).

Later that summer some neighbor kids approached me and asked to see the veins on my wrist. Puzzled, I showed them and they yelled “I can’t see any!” “I told you so!” etc.

I said excuse me, wtf are you talking about.

They said my sister told them I was “obsessed” with eating ants, I ate hundreds of ants every day, and I ate so many ants that you could see the ants in my veins, marching around.

Everyone believed it and I had no idea they were all laughing at me for months until the “smart kids” decided to launch an investigation.

THANKS SIS (also that’s NOT HOW EATING WORKS).”

“I had a weird one in high school, but by far my favourite was one that was made up about myself/my sister.

When she was born, she had a cyst in her forehead that had to be surgically removed. Left her with a dent and a jagged scar in the middle of her forehead. Doesn’t bother her in the slightest, and since she’s had it since birth I honestly forget that it’s there 90% of the time.

One day in 4th grade I get called out into the hall by my homeroom teacher, and I see my buddy crying in the hall. He had started a rumour that my sister had taken my Game Boy from me, and in a fit of rage, I had hit her in the head with a hammer, giving her the dent.

He’d been telling people this, and thought it was so funny that he wrote it down and handed it in for a creative writing assignment, along with a hand-drawn image of the “hammering”. He had to apologize to me both in person, and with a written apology. I was trying not to laugh the whole time he apologized honestly, it was just such a ridiculous story. Weirdly, he never had to apologize to my sister.

I told my sister about it when we were older. She broke down laughing and said “Well you did really love your Game Boy” “

“In high school people started a rumor that I am descended from a long unbroken line of Vikings.

“In high school, I was accused of being a fledgling cult leader, because…I don’t know? To this day, more than 25 years later, I still find it confusing. Even then I was neither spiritual nor superstitious, and I don’t think anyone could have described me as “influential”.

It was weird, and I did have to go and meet with the principals of my school to defend myself against a bizarre accusation that I was unaware of until I sat down at the meeting. That meeting was the end of it, thankfully, but I still don’t know where that sh*t came from. One of the principals even called my girlfriend’s mother to warn her about me. Again – *thankfully* – she thought it was ridiculous and hilarious.”

“That we (me and my roommate) eat our garbage.

Story: Me and a friend of mine rented an apartment in a split level house. The other half was a group of dudes, kinda bro-ish, but whatever. One night we saw them at a local bar and overheard them joking about us eating our garbage. Turns out they were convinced we had never taken our garbage out the whole time we lived there. It was only because the truck came early in the morning and they were never awake when we brought it to the curb.”

9. That will get you expelled

“I went to a private catholic school freshman year, and the following summer decided to go back to public school since they had the same level of education and then my parents wouldn’t have to pay for me to go to the private school.

I hadn’t told my friends from that year of private school and apparently there was a rumor going around that I had gotten expelled for sodomizing the statue of Jesus in the courtyard there.”

“In high school I got mono and had to stay home for like 2 weeks. My friend told everyone I died and made a PowerPoint presentation in the computer lab that was like a “remembering me” thing and told people he was working on it to show at my funeral.”