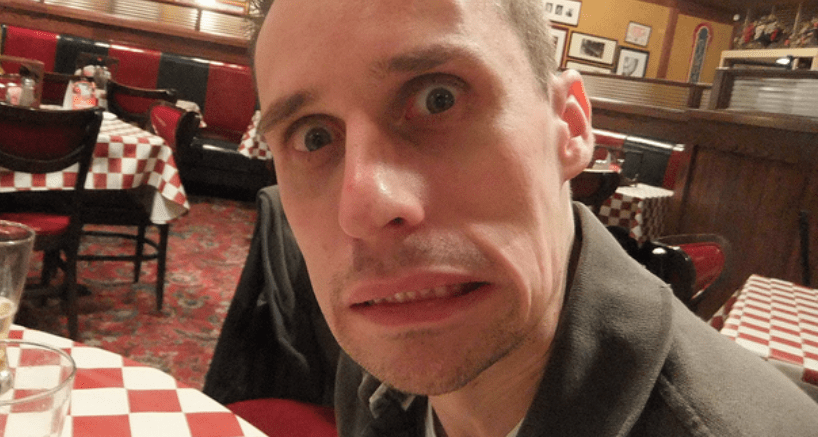 Sometimes in life you have shared experiences with people that you’d prefer to never relive (or remember) again.

But thankfully people on AskReddit decided to reveal some of these moments from their lives.

“I had internal bleeding and really low blood pressure. I was in the hospital and instructed to not try to stand or walk since I’d faint. I didn’t obey that.

I went to take a piss and my girlfriend saw and chased after me. She caught up just in time to throw herself between me and the floor to prevent me from cracking my head open as I fell back unconscious, peeing all over everything on the way down.

I awoke with her sandwiched between me and the tile floors, lying in a pool of my pee.

And that’s actually the moment I realized I should marry that girl.

But that’s not the story I tell when someone asked, “when did you know she was the one?”

“I was about 15. Definitely old enough to know better.

I was putting spiders and ice cubes on the super hot wood stove because the Leidenfrost effect was interesting.

For the uninitiated, what happens is the piss vaporizes and depending on the volume of your bladder, produces a thick and clearly visible dark brown cloud. If you can imagine the smog line in LA, it looks like that. That cloud hugs the ceiling and hangs down about a foot. It doesn’t really move because it’s water vapor and it leaves a film on everything it touches.

It smells like….well…like burnt piss, and you can also taste it. The cloud absolutely does not dissipate before your mother gets home from work.

I was sort of a naughty kid anyhow, so she thought I had started a fire with something. In order to avoid a worse punishment I had to take dumbsponsibility. That was the only time I can remember her looking at me with actual hatred.”

“One fateful night when I was around 12, I woke up and for some reason I was sure I was hella late for school. I threw on some clothes and walked into the kitchen, still half asleep.

What I saw in the kitchen was utterly confusing. My dad was standing there, naked, chugging milk straight from the carton like a madman. I looked at him, but was too tired to be shocked, he on the other hand looked like he had been caught chugging milk by the ghost of Hitler. Then I looked up at the clock. It was 4 AM. I really didn’t understand anything except that I could sleep more at this point, so without a word I just turned around slowly and went back to bed.

The look on his face still haunts me

Edit: I forgot to mention that he never put the carton down. He just stared at me in shock, milk to mouth, until I left. For all I know he stood there chugging milk with all night.”

4. Seared into my soul

“When my uncle died we were going through his house to clear it. We found 5-6 cameras and checked them to see if there were any photos of him for his mother as she didn’t have many.

Myself and my father were checking together and made a pact not to tell anyone else or speak of it again.”

“A friend accidentally sent me a pic of his junk on Snapchat that was clearly meant for someone else. He excused himself a hundred times.”

“I accidentally sent a snap of myself holding my hand over my junk to my then girlfriends best friend… I immediately called my gf and told her what just happened while writing SORRY THAT WAS NOT FOR YOU to the friend. We all laughed about it and i thought we agreed on not talking about it… I was wrong. All her friends know about it.”

Unbeknownst to me, right as she came in the room, on my screen was a huge picture of an erect horse penis. I have no idea why it was on the blog and I did not intentionally look for it, but it was right there. In the middle of the screen.”

“This is my friend’s story.

She smoked weed a bit in high school but obviously hid it from her parents. This one time she came downstairs in the morning to find a joint sitting on the kitchen counter. She knew for sure it wasn’t hers and that she wouldn’t be stupid enough to leave one out like that. Her mother soon after walked downstairs and started cleaning up around the kitchen. When she ran into the joint, she paused, locked eyes for a bit with my friend, said “oh uh” and quickly brushed it into her hand and got rid of it. They both pretended it never happened.”

“Well me and the wife were out on the lake fishing. When all of a sudden I felt the rumbling in my gut. I was about to sh*t my pants. I looked around and noticed we were no where near a dock and there was nobody else on the water.

So I looked my wife in the eye and told her I was sorry and loved her very much. I then proceeded to hang my ass over the side of the boat and had the Hershey squirts. It was over quite quickly thankfully. My wife passed me a few old receipts from her purse so I could wipe. She told me she still loved me and we kept on fishing.

Edit: I’d like to clarify that we did indeed move to a different part of the lake when I finished. What kind of sicko do you take me for?

Edit the second: my most upvoted comment is about me having diarrhea on a lake. Wtf is wrong with you reddit? Also my wife is insisting that I point out that we’d been married less than a year at that point.”

“Matched with my cousin on Tinder.

I was like “wow she is ho…. O my god that’s my cousin!” while swiping. It all happened so fast. Same thing must have happened to her because we matched. I just messaged her and said we never speak of this, agreed? And she said agreed. And we’ve never spoken about it. Things are weird around the holidays. We just kinda make eye contact and then one of us finds a reason to leave the room immediately to go and talk to other family members who we have not matched with on Tinder.”

“I came home from a week at Girl Scout camp at 13, and discovered a tick the size of a thumbtack, attached to a very private place. I had to go to my Mom and get her to help detach it. When she finished, she told me we didn’t ever have to talk about this again if I didn’t want to. Her tone made it clear that she certainly didn’t want to.”

“My Divorced dad was playing horseshoes in a league with my Aunt (moms sister). They went together one night when I was about 16. I went to a friends house to sleepover and didn’t think any more of it. Until I got home the next morning and her car was still in the driveway. Innocent and stupid me went into the house expecting my aunt to maybe be crashed on the couch or something.

Then I heard the shower running and thought, weird, maybe she’s taking a shower before she leaves. Then I heard my dads laugh coming from the bathroom with my aunt laughing too. I tip toed out of the house and went right back to my friends house completely flabbergasted by what I just walked in on.”

“In middle school my crush’s mom and my mom drove the exact same SUV with similar license plates. After school one day I ran up hopped in my mom’s car and started talking when she didn’t talk back and hadn’t left the pick-up line I looked at her. She was not my mom. I look to my right and my crush is standing outside the car looking at me like I was crazy.

I sheepishly got out and ran a few cars back to my real mom. A few years later I had moved back to the area and was a cashier at a local store. My crush came through the line and recognized me and started to say weren’t you that girl who…where I just interrupted with a “yes” handed him his change and quickly started the next customer.”

“Had to stay with a work friend one night as we had a conference in his home town the next day. It was weird enough staying in his spare room, but to top things off he had a fancy modern bathroom with a square toilet… which of course, I blocked in the morning with a turd the size of Mt Fuji.

After 30 mins of fruitless searching for a plunger while the situation went from bad to worse, he knocked on the door and asked if I was okay. I had to tell him not to come in but to just hand me a fucking plunger and some bleach. Apparently his gf did the same thing the first night she stayed at his place, so at least I’m not alone. To this day I cannot look him in the eye at work.”