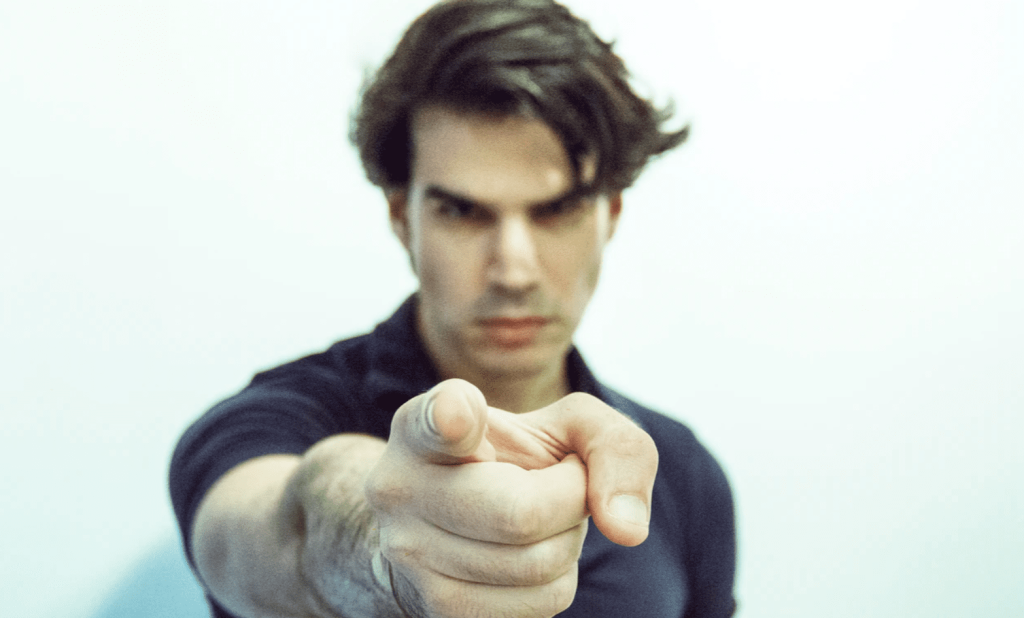 Do you remember the greatest comeback you ever had to an insult?

I’m talking about one that made you feel so proud and made you pat yourself on the back?

I have yet to reach that glorious mountaintop in my life, but I’m still hoping it happens someday!

A man can dream right…?

Here’s what AskReddit users had to say about the best comebacks they’ve ever heard.

“My grandma got into a fight at the grocery store with a guy who told my 9 year old brother to “move the f*ck out of the way.”

The were going at it and his final words were “suck my d*ck, b*tch!”

She said across the store “if I could find it, b*tch!””

“Chelsea Handler told Russell Brand: “the way you are looking at me makes me wants to cover my v*gina.”

Crowd burst into laughter and she even acknowledged “that was good”.”

“On a construction site one afternoon, different trades were working in the same area.

One particularly childish exchange saw two men chopping back and forth- my d*ck biggest, blah blah blah. Finally one of em spits out this classic:

And the clap back was unforgettable:

“But you’ve got length like a can of tuna!”

Everyone busted up. Mister girth tried to hide his embarrassment, but was tied-up. No come-back. And a room of men laughing uncontrollably.

“My 10 year old cousin was pushed aside by an older student at school who also felt the need to call him a “gay child”.

My cousin told him not to get his hopes up.”

“What are you looking at?”

“I’m still trying to find out.”

“Glenn McGrath (Aussie cricketer) got frustrated with Eddo Brandes as his every attempt to stump Brandes failed. This is what happened next:

McGrath: “Why are you so fat?”

Brandes: “Because every time I f*ck your wife, she gives me a biscuit!””

The crowd laughs for a while, and while the comedian is waiting for them to calm down you can see the gears turn in his head.

Once it gets down to basically a few chuckles, he just says “Glad you remember ” and the crowd just lost their sh*t, it was amazing.”

“My grandma asked my cousin, who’d had lots of partners and 2 kids at this point, if she was ever going to get married.

Cousin: It’s not the same nowadays. We don’t buy cars without test driving them first.

Grandma: Yeah. But they don’t let you put a hundred thousand miles on them either.

“I was with a couple of buddies, and may have suggested that I banged one of their moms, to which said friend replied, “my mom’s dead.”

My mouth bypassed my brain and replied, “that explains the dirt.””

“Son: Dad you don’t know how to make a joke

“In middle school a boy asked when I was going to grow some bo*bs. So I asked him when he was donating his……

I’m still really proud of that one.”

“In class someone used the f*g slur on someone and he replied with “I’m probably as straight as the pole your mom dances on”.”

“I went to Catholic school and the teacher said “there’s a special place in Hell for people like you.”

“Once worked w a “Karen” who was actually named Karen.

In addition to being a b*tch on wheels, she was also next level morbidly obese. One day, I was on the phone with one of our clients who, in the course of the conversation, complained about her to me. I took the complaint to our team lead.

She said, “Yeah, I get a lot of complaints about her, but she says the clients don’t like her because she’s heavy.”

Before I could stop myself, I shot back with, “But Jo, if I were blind I’d still think she’s a b*tch!””

What’s the best comeback to an insult that you’ve ever heard?