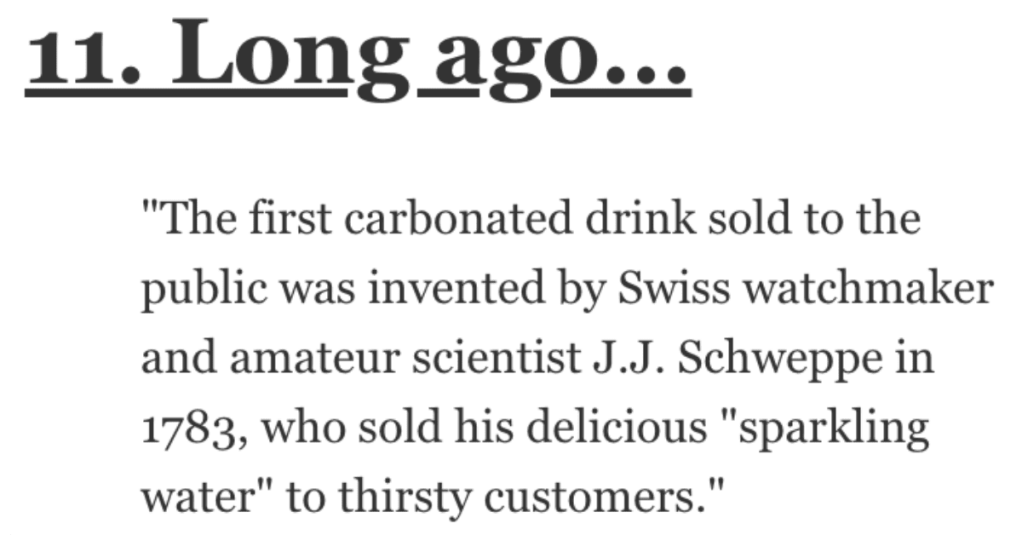 I hope I’m wrong, but I have a sneaking suspicion that a lot of people out there are losing any kind of connection to and understanding of the past because of the fast-paced world we live in.

It’s as if nobody takes the time anymore to sit back, relax, and learn something new.

And that’s why all of these responses are sure to be pretty eye-opening for people out there.

AskReddit users talked about things that are a lot older than we think they are. Let’s take a look.

“The Aux connector that we still use for headphones and speakers was invented in 1877.

There have been improvements since, but the basics of it are pretty much the same.”

As a species they’re older than the rings of Saturn.”

“The fact that the lighter is older than the match shook my head as a kid.

It also gave me the curiosity to question things that seems obvious.”

What is likely the first human-carrying electric vehicle with its own power source was tested along a Paris street in April 1881 by French inventor Gustave Trouvé. The first crude electric car was built in the 1830s but it was essentially a semi-functioning model.

The electric car was a direct competitor to gasoline powered vehicles until the 1920s when roads got better, people started driving further than the range of an electric car, and the world started finding major oil reserves.”

“Escalators have been around since 1859.

Though they were called rotating stairs.”

Oh, and the radio on it had a seek function.”

We think they’re one of the main defining features of modern technology since they only really got big in the late 2000s / early 2010s, but they were actually invented 55 years ago in 1965.

It’s kind of crazy to think about, but while most of our grandparents were getting rid of their black and white TVs, researchers already had touchscreen devices in the labs.

It wasn’t really until the 80s that it really got good, but by 90s it was easily sophisticated technology. In fact, Microsoft even had a Windows XP tablet out by 2001 that had seriously good finger/stylus recognition, but it didn’t really pick up until smartphones became a thing a decade later.

You could also consider the magnetic drawing board to be a touch screen since it more or less has a stylus and surface for you to draw on, but that was actually invented later than the touch screen in 1974!”

They were invented in 1843. Before the telephone.

To put this in perspective, tumbleweeds aren’t native to the American southwest, but by a quirk of history we know exactly which shipment of flax from Ukraine brought their seeds to the US… in 1877.

Commercial fax service has been around longer than tumbleweeds in the American Southwest.”

“Flushing toilets date all the way back to the Indus River Valley civilization, back in 2000 BC.”

I was shocked to learn that Oreos predate chocolate chip cookies, sliced bread, and my 100 year old Great Grandmother.”

“The first carbonated drink sold to the public was invented by Swiss watchmaker and amateur scientist J.J. Schweppe in 1783, who sold his delicious “sparkling water” to thirsty customers.

In just seven years, he was doing business so fast that he moved the factory to London and introduced a new flavor, sparkling lemon, to stand out from competitors who were trying to imitate his drink.”

“The sentiment that modern society is degenerate and that the youth are to blame is, iirc, one of the oldest things we have written down.

There are far more older examples, but those are the oldest I remember (maybe Socrates was onto something…”

In 1997, archaeologists discovered an ancient tomb in the French village of Ensisheim from 5,000 BC, which contained the decomposing body of a 50-year-old man with holes in his skull.

After a thorough examination, it was determined that the holes, located near the frontal lobe, were caused by a type of surgery, not by forced trauma, and the operation appears to have been successful because the wounds healed before the patient’s death.

To this day, however, researchers cannot say for sure what exactly the surgery was trying to fix.”

In the comments, tell us about some more things that are older than most folks think they are.