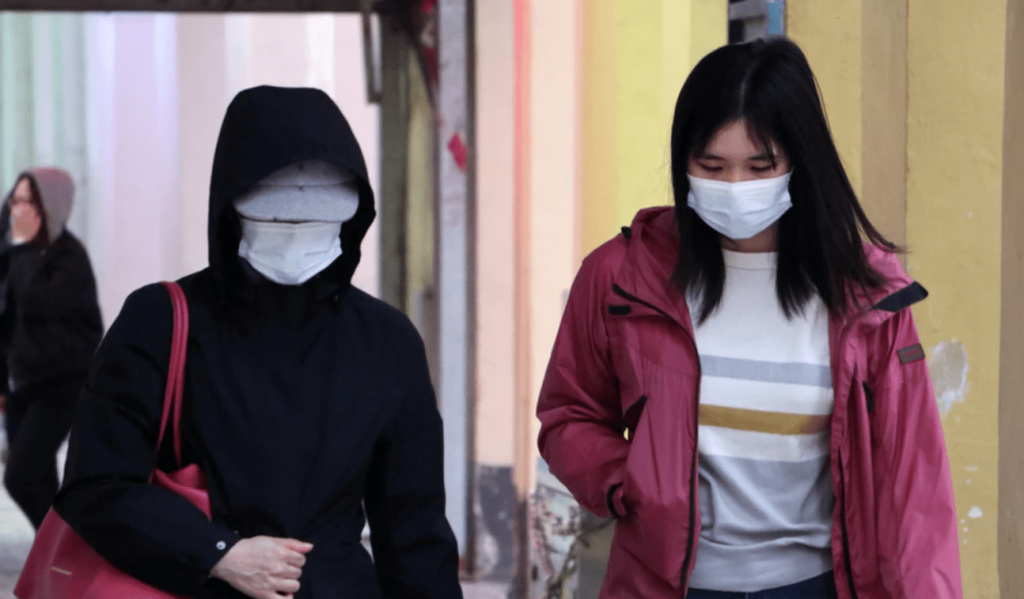 It kinds of blows my mind these days when I go into a store or a gas station and people are STILL not wearing masks.

It drives me nuts!

Not only is it dangerous but it’s also incredibly selfish. I don’t think it’s too much of a sacrifice to wear a freaking mask when you go out in public, do you?

“Stores have implemented all sorts of things, like one way aisles. However, since like 2% of people care, nobody pays attention and somehow everyone ends up closer than they would have if the aisles would have just been normal.

A lot of people don’t wear masks, but on occasion you’ll see someone in a mask, gloves, with their phone and other belongings in a ziploc bag to keep them from being contaminated.

Oddly enough, those are typically the people that get avoided like the plague.”

“Well, a younger guy at work said he was at a packed bar over the weekend and we are ending our alternating schedule on Monday.”

“I remember going to the store a few weeks ago and there was a lady who was just carrying an entire can of Lysol with her and spraying every single thing immediately before touching it.

She’d spray a box on the shelf, pick it up to look at it, and put it back. She’d spray a can, then grab it to put it in her cart. She sprayed the cart handle immediately before touching it EVERY TIME she touched it.

She also sprayed the credit card machine, and her credit card. She was wearing gloves, and her phone was in a ziplock bag.

She wasn’t wearing a mask and was shopping the wrong way.”

“People in my town don’t care that much, but ever since one kid got it they’ve been taking it more seriously.

But then the bomb threat made people go to the park MORE, on the basis that they “couldn’t go yesterday so I’m going to go today” when they never had plans to go anyway.”

“I am an EMS helicopter pilot. Two days ago we transported a COVID positive patient that had been in the ICU in a small hospital for three days due to respiratory distress due to COVID. I watched as the crew loaded him into the back of the aircraft which is usual. I heard them asking each for drugs that we don’t normally give to people who we transport.

They were asking for those drugs because he was actively dying. They pull him back out of the aircraft and run back to the ER. Meanwhile my medic is sitting on top of him doing chest compressions while we’re running through the ER to the trauma bay.

As we were running I glanced in the rooms we were passing. Literally no patients had mask on.

I just don’t get it. This isn’t a hoax, a political ploy or a scare tactic. Wear a damn mask.

The patient was a 50 y/o man who was in good health and no previous medical history. Cause of death respiratory distress due to COVID.”

“I feel like I don’t really know anybody anymore. Never had a clue how many mild-to-insane level conspiracy theorists there were around me.

I’m not so much lonely as I am just generally let down at how willfully ignorant people are willing to be.

Maybe I’m guilty of it myself, because I genuinely thought better of my city than this.”

“Where I am in the South its just like it was before the outbreak.

If you don’t watch the news, there’s no reason to think the world is any different.

“Life has gone on like normal. People crowding into bars, partying like the just don’t care. I know people busy singing in their church choirs without a care in the world.

I grocery shop during church time.

The grocery store if full of people in PPE then and it seems much safer.”

Land of the lifted truck, Trump signs, and Confederate flags.

Maybe about a third of the people in my local grocery store–the only one in a 10 mile radius–wear masks. It’s in the neighborhood that I’ve found a real challenge. Kids are out playing and people are interacting face-to-face like the virus is long behind them.

I’m an extrovert who normally enjoys being a part of that, so social isolation is rough. The children don’t understand why I’m a recluse, and they come to my door looking for me.

I’ve been caving to the pressure and going out some, but then I feel unspoken pressure not to wear a mask. I have medical issues, so I don’t think I’d be looked down upon.

It just feels suddenly like I’m the uncool kid at school.”

“Everyone’s using the time off work to party, have barbecues, visit family, etc.

My family has made the trip to visit every single one of our relatives at least once this year since they have so much time off, and they’re out every other evening to go to a barbecue with or a potluck or a dinner with their friends.”

“I live in Florida and work in the beauty industry. My clients are dropping like flies. I spend an hour in their face while they are unmasked.

Had a woman call the other day to tell me she’d been exposed to COVID and was going to get tested, and wanted to know what our policy was and if she could keep her appointment. Had a co-worker get sick and she found out she had been exposed.

She told my boss she was getting tested, and my boss asked me if I thought it’d be okay for her to come back in, because “what’s everyone going to do? Keep quarantining?” YES. YES! That’s EXACTLY what we ALL need to do.

My parents are in their 70s. I can’t go see them. What if this is the last bit of time I get with them? What if I go see them and kill them?

My best friend was just diagnosed with cancer. I can’t go see him. Will I ever get to see him again? Will he die alone?

If I get sick, how long will I be out of work with no sick leave? How long will my SO be out if he gets sick? What will happen if his compromised child gets sick? How would we afford the medical bills? Do we send him back to school? Who will watch him?

The worries are endless. And we could’ve made this so much easier if people weren’t such selfish, entitled, politicized *ssholes.”

“I don’t even engage anymore.

I can’t have a normal conversation with them and I refuse to argue. Facts don’t matter, common sense doesn’t break the seal, and just common courtesy is a negative.

“I just finished a contact tracing job up in a little town with like <2000 people. My job was to monitor the health of those exposed or diagnosed with COVID-19 and I was there for a month.

Any time I would call and give someone their diagnosis and ask who they have been in contact with, I had a 50/50 shot of them being massive d*ck bags. The things I heard were that COVID-19 was a scam, was used to make big pharma rich, wasn’t real and they just had the flu or a stomach virus ect.

I told people they needed to isolate for 14 days if they were a positive case or exposed and I basically was f*cking them for 2 weeks of pay at work so that was awful. I can’t legally force them so some just went back to work and didn’t care and infected more people. We had an outbreak at an Autozone because of it.

No one wore a mask. Every food worker wore theirs without their nose covered that I saw if they were. I was generally the only one in public with one on, if not only 1 of 2 or 3 people. It was a bible-belt city so lots of “I’ll just pray it away I don’t need the hospital.”

I had a lady raise her oxygen from 2L to 4L overnight, probably due to fluid build up from COVID, which she had because she was living with a lung disease. I told her to go to the ER NOW and when she was there, she called.

She told me she was going to go in and called to ask if they could even help her, I said yes obviously. She turned around and drove home when she hung up. Called the next day to see how the ER visit went and she was at home gasping for air. Husband took her to the ER but not before making her talk to me like an idiot :/.

Oh and people hung up on me a lot when Id be calling them like 5 days in. Or they’d block my work number so we’d send police out to make sure they were alive.”

Are people taking this health crisis seriously where you live?

Please tell us about it in the comments.