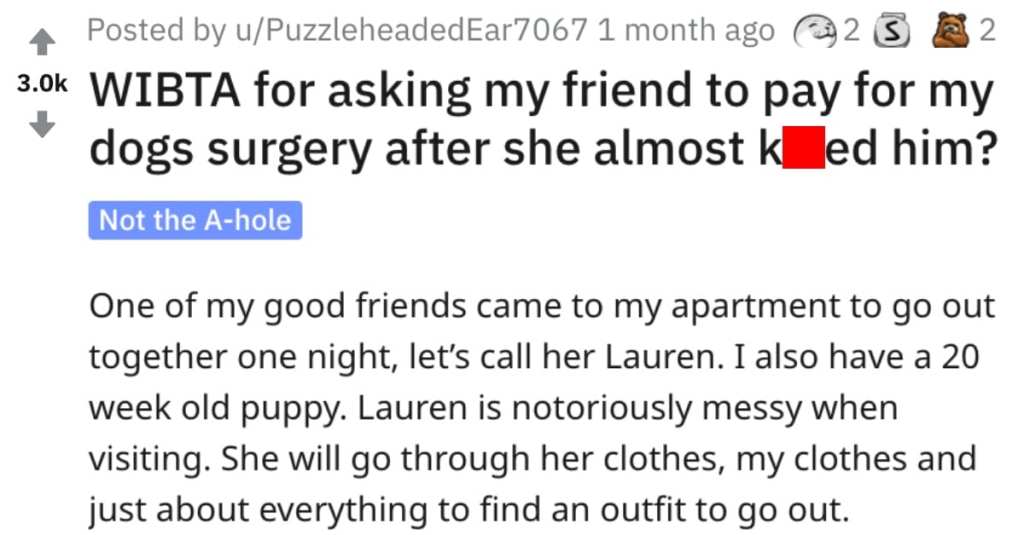 If you happen to have pets, then you already know that vet bills can be VERY expensive.

Let’s see what went down…

WIBTA for asking my friend to pay for my dogs surgery after she almost k**led him?

“One of my good friends came to my apartment to go out together one night, let’s call her Lauren. I also have a 20 week old puppy.

Lauren is notoriously messy when visiting. She will go through her clothes, my clothes and just about everything to find an outfit to go out. However, now that I have my puppy I reminded Lauren when she first came in the apartment to please keep everything off of the ground and out of reach of my puppy.

I told her that he will chew/eat anything left on the ground, so for anything she cared about & for my puppies safety, to keep it up high.

Lauren continued to have her clothes and miscellaneous items from her bag sprawled out everywhere. So instead of reminding her after the 2nd or 3rd time, I just started putting her items in another room and closing the door for her to pick up later.

While getting ready Lauren decided to take a shower and she brought her own shaving razor. When she mentioned shaving, I told her to be careful because my puppy had tried to get ahold of my razor before, so be careful.

Long story short, I crate my dog and we go out. I come back and he is having bloody diarrhea and squealing. At 4 AM, I rush to the emergency vet. They tell me he’s probably constipated and to monitor him. I questioned this but didn’t know what he could’ve ate yet, so I take him home and watch him closely.

After coming home and making sure he is okay. I do a quick sweep of my house and try (emphasis on try, there were crop tops, socks, etc. flung all around my room) to find all the items she had left around my apartment. Lauren picks up her stuff and leaves.

The next day when I am taking a shower I notice she left her razor on the ground by my shower. It looked a bit off so I sent her a picture and asked if a part was missing. She says the bikini shaver of it is missing and seems unconcerned. I tell Lauren I think my puppy may have ate it.

So I go to my local vet to have another checkup and they take X-rays. The vet tells me he indeed ate the razor and that he needs to go to another vet over an hour away for emergency surgery, or he would not make it through the night. Of course, I rush there and they do the surgery.

Later I text Lauren that he is having surgery because he swallowed her bikini razor. Lauren tells me she is sorry for leaving it out and didn’t ever mean for this to happen.

We are good friends, I would like to still be. My question is would I be the a**hole it I asked her to cover part of the costs from his surgery?

My puppy is obviously a bit at fault here for eating it, I’m at fault for not searching my apartment well enough after she made a mess, but I believe she is at fault for leaving a razor out where he could get to it after being reminded SEVERAL times.

I’m not intending on asking her to cover full cost, but would I be the a**hole for asking for anything?”

This person doesn’t think the writer of the post is in the wrong at all for asking her friend to help pay the bills for the dog. 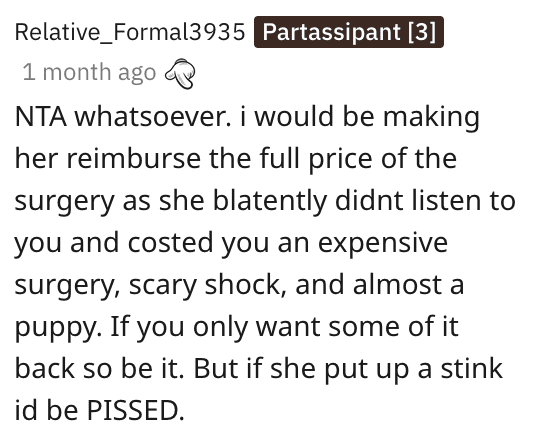 Another reader couldn’t believe that the friend didn’t offer to pay the whole amount!

I think I agree! 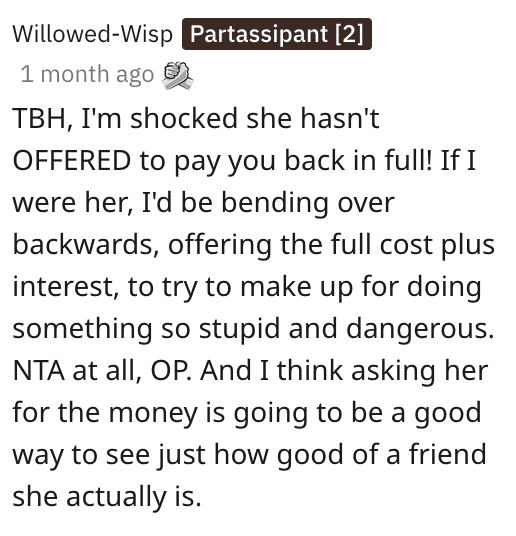 This Reddit user said the person’s friend is obviously not a responsible individual. 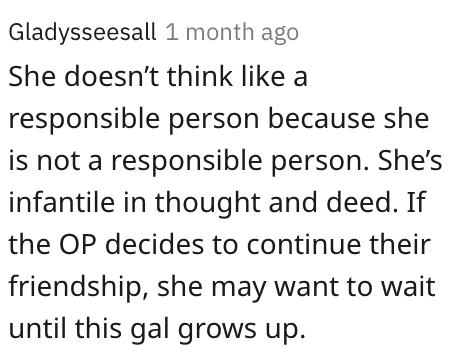 And this reader went so far as to say that they might’ve dodged a bullet with this “friend.” 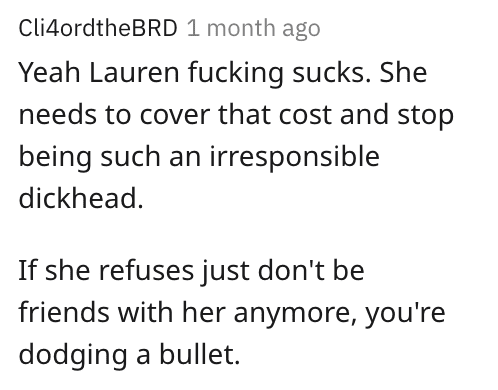 Lastly, this individual made it quite clear and simple: this is not how real friends treat each other. 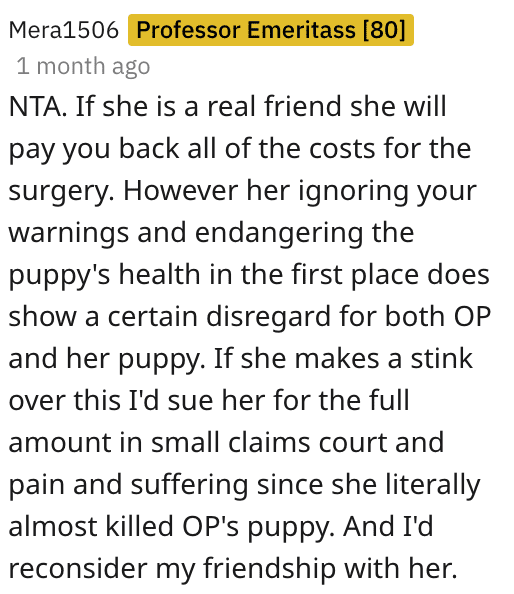