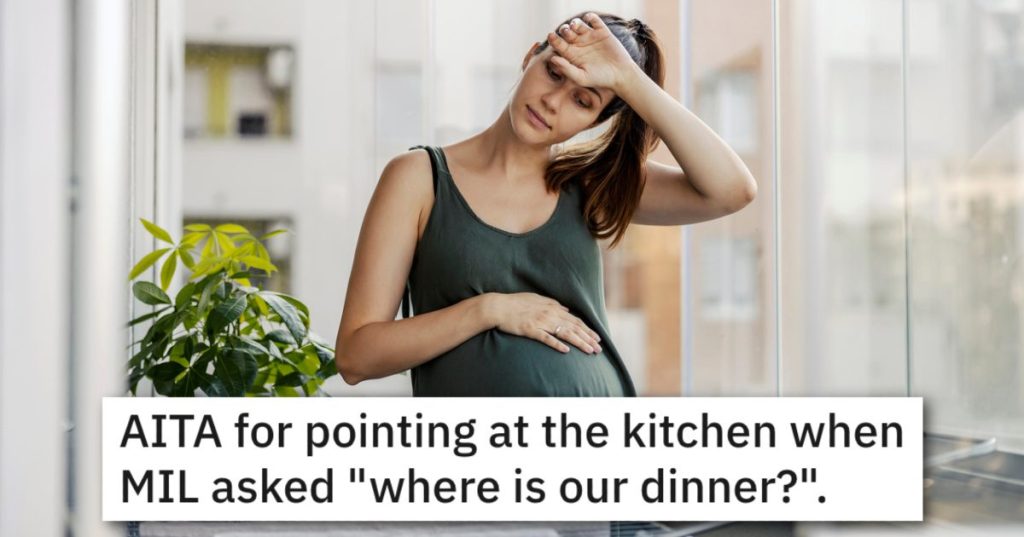 Please Meet Yet Another Contender For Worst Mother-In-Law Ever

Trisha Leigh Zeigenhorn
Portrait of a pregnant young woman tired of housework. The tortured woman keeps one hand on her stomach while the other wipes the sweat from her forehead, tired of obligations Balcony, day, summertime

There are no shortage of stories about terrible mother-in-laws on Reddit. Like, if you think your in-laws are tough to deal with, just head over and read a few stories on AITA, because you will find some of the hardest-to-believe tales around.

This mother-in-law is definitely up there on the list. OP is the daughter-in-law who is 4 months pregnant and caring for her husband, who has had a series of accidents and medical complications that require his 24/7 care.

Her mother-in-law, her husband, and sometimes his siblings come every day to visit. Then, they sit around demanding to be served coffee, cake, and apparently dinner.

My husband had a serious injury weeks ago. He’s bed ridden and his family come to see him everyday. MIL keeps “drilling” what I need to do to make my husband comfortable but does nothing to help. Just visits everyday and sits around expecting to be fed and entertained. Sometimes BIL, his wife & kids join them and turn the house into a mess.

Yesterday MIL, her husband and son came again. They checked on my husband then went to sit in the living room for hours. I served them coffee and croissant.

Hours later my husband threw up again (2nd time) I had to take care of changing his clothes and cleaning the sheets to avoid infections. I was exhausted, I came downstairs and MIL looked at me and asked ” hey where’s our dinner?”.

On this day, poor, pregnant OP had spent hours cleaning up vomit, doing laundry, and caring for her husband before her MIL demanded dinner.

And she had the gall to be offended when OP suggested if she was hungry, perhaps she should go into the kitchen to make it herself.

I was shocked that after seeing me go up and downstairs many times and cleaning and bringing new sheets and running the washing machine that she’d expect me to prepare dinner. I’d already eaten a sandwich at 6 and yogurt ( I have problems with my stomach and stress and pregnancy made it worse, I’m 4 months in)

I pointed at the kitchen and told her to help herself out. She gave me a look then said she didn’t expect me to ask her to cook dinner at my house. I said I didn’t expect her to ask ME to cook dinner while I’m taking care of her son. She started arguing about the way I spoke about my husband saying as his partner, this is the least I could do and called me unhinged for throwing in her face that I’m helping my husband.

After a failed suggestion by her father-in-law that they order dinner, OP ended up kicking them out.

She got her husband involved asking what his thoughts were on me making guests go hungry and forcing them to cook themselves when this supposed to be my duty as a host/home owner. FIL said they could order food and call it a day and yelled at my younger BIL to stop playing on his phone and order food but MIL got mad and lashed out criticizing me saying I wasn’t up to the challenge of taking care of my home and my guests like an adult. I lost it on her and told them to leave since she kept yelling disrupting my husband’s sleep. She left after saying she felt sorry for her son and grandbaby with an “aggressive wife and a mother like me”.

Her brother-in-law said he understood she was tired but that was no cause for disrespect. OP is tired and stressed and they’re just making things worse, but now she’s thinking maybe she should be a better hostess.

She told everyone and my older BIL said he understood I’d a lot on my plate but lectured me about how I should have respect for his mom who was a guest. Repeatedly saying if that was his wife she wouldn’t have acted this way. And that I shouldn’t use taking care of my husband against them. He asked me to apologize but I didn’t.

My husband suffers from 2 major injuries and he’s got a long recovery ahead. Right now there’s so much pressure to take care of him while keeping up with house chores and work. My mom and sister help but not MIL. She claimed that when I told them to leave I was refusing to let her see her sick son but I’d never do that. I lost a loved one before seeing them so I understand her fear but BIL thought that was my goal.

Please, sit back and enjoy (maybe with some popcorn) Reddit’s opinion on the matter.

The top comment suggests OP enforce visiting hours, because there’s no reason for them to hang out all day if they’re not even seeing their son. 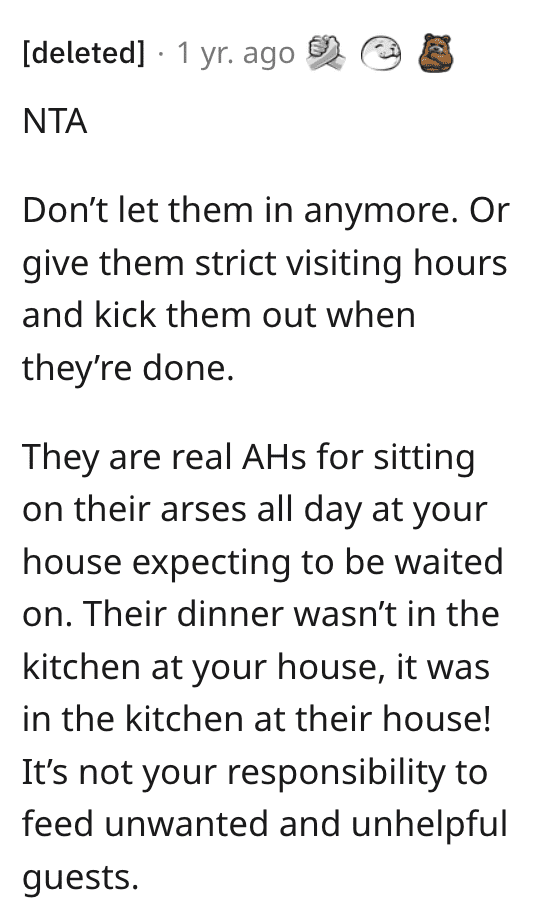 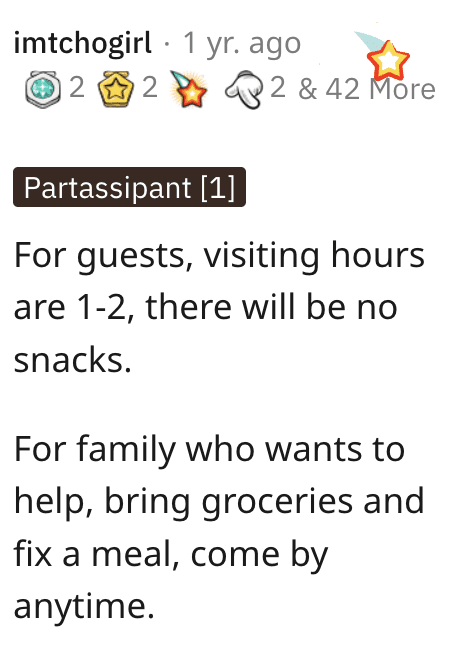 It’s definitely weird that they’re not even really spending time with their son? 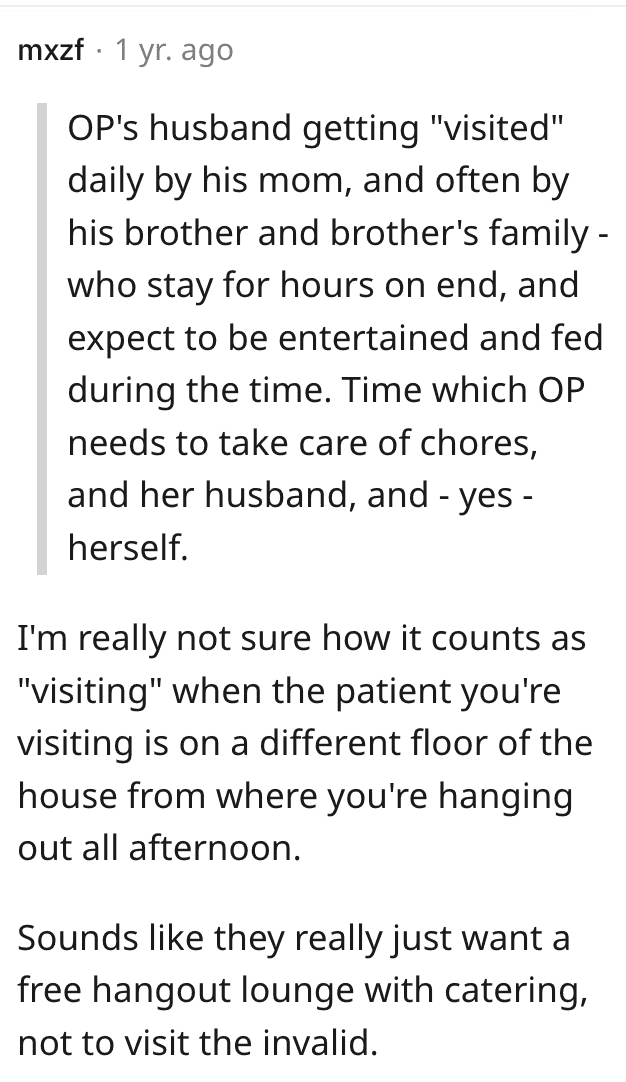 This person suggests keeping it simple. 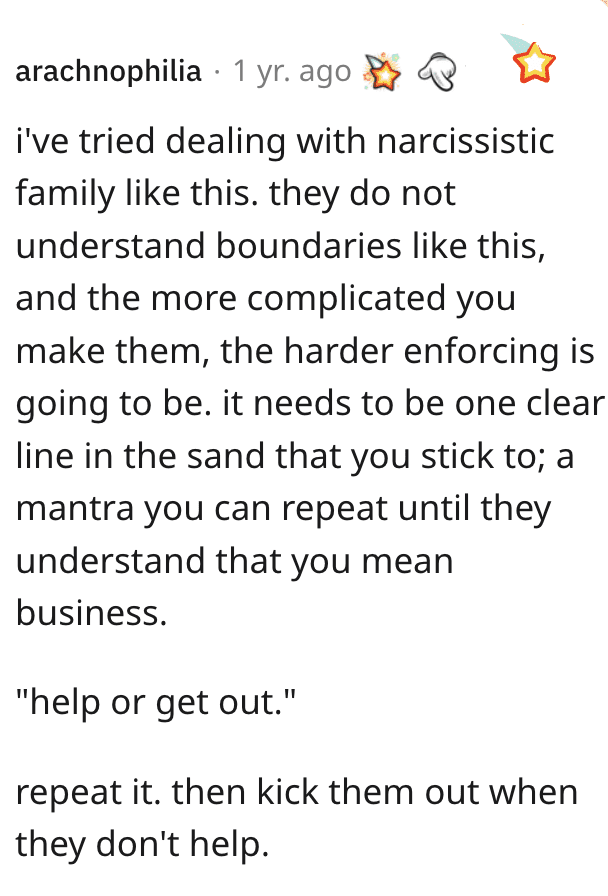 Selfish is actually the nicest word for it. 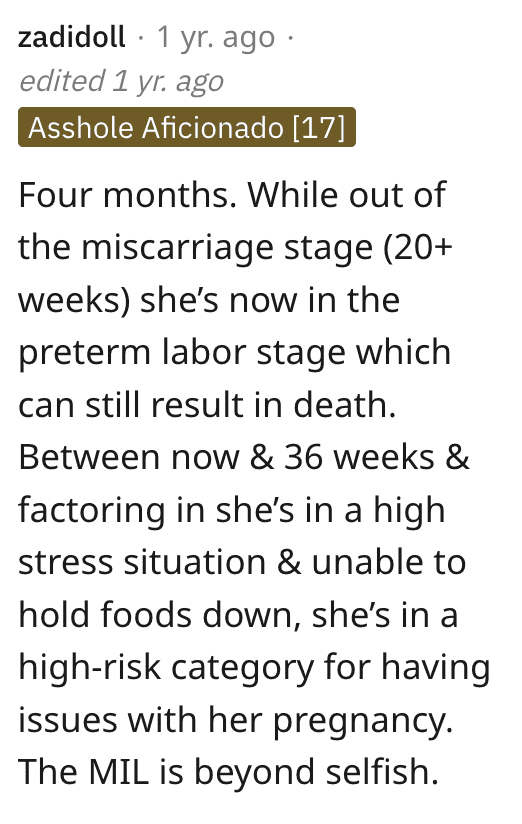 I would not stand for these people to try to guilt me into anything at this point, but when you’re in a quagmire like this woman, it can be hard to see a way out.

What advice would you give her? What would you say to the MIL if you were her friend? Let the comments fly down below!