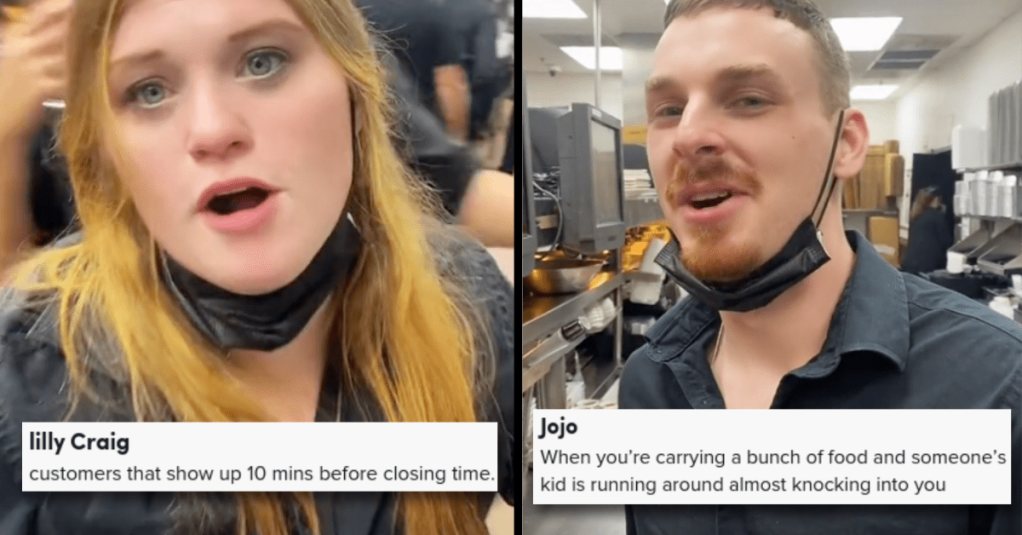 Restaurant Servers Talk About the Most Annoying Things That Customers Do

If you’ve ever worked in the service industry before, you know that you have to put up with A TON of annoying customers.

It’s just part of the job.

And when I was growing up, my two older sisters both worked as waitresses at the same restaurant and they’d come home and compare stories all night about who had worse customers…they should have written a book (which they did mention a few times but it never happened…).

You’re about to see a video that a server shared on TikTok where she asked some of her fellow employees about the things customers do that really drive them crazy.

Take a look at what they had to say.

And, as you can imagine, a whole bunch of people who viewed the video chimed in about what they think are the most annoying things that customers do.

And you gotta love this gem.

Who can forget these folks?

And then there are always a couple that pull this one…

Oh customers, will they ever learn?

That’s quite a list…and now we want to hear from you.

If you’ve worked in the service industry, tell us some horror stories about your worst customers in the comments.