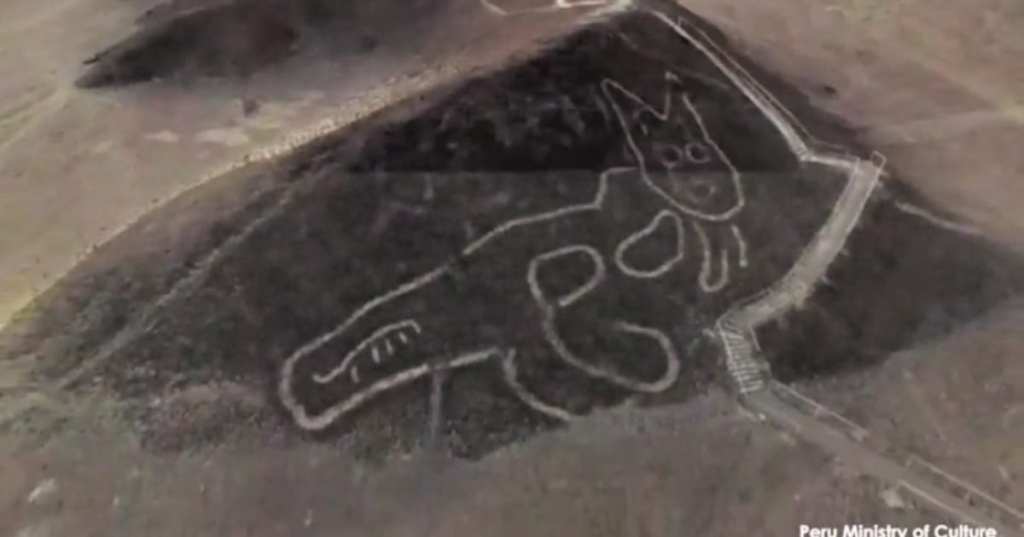 Cat lovers, listen up – scientists have more proof that your affinities may stretch back thousands of years into human history around the globe.

The Nazca lines are a collection of huge drawings etched into the Nazca desert, located in Peru. The drawings were done between 500 BCE and 500 CE by carving depressions into the desert flow by removing pebbles and dirt, thereby revealing lighter colored soil beneath the reddish-brown surface. 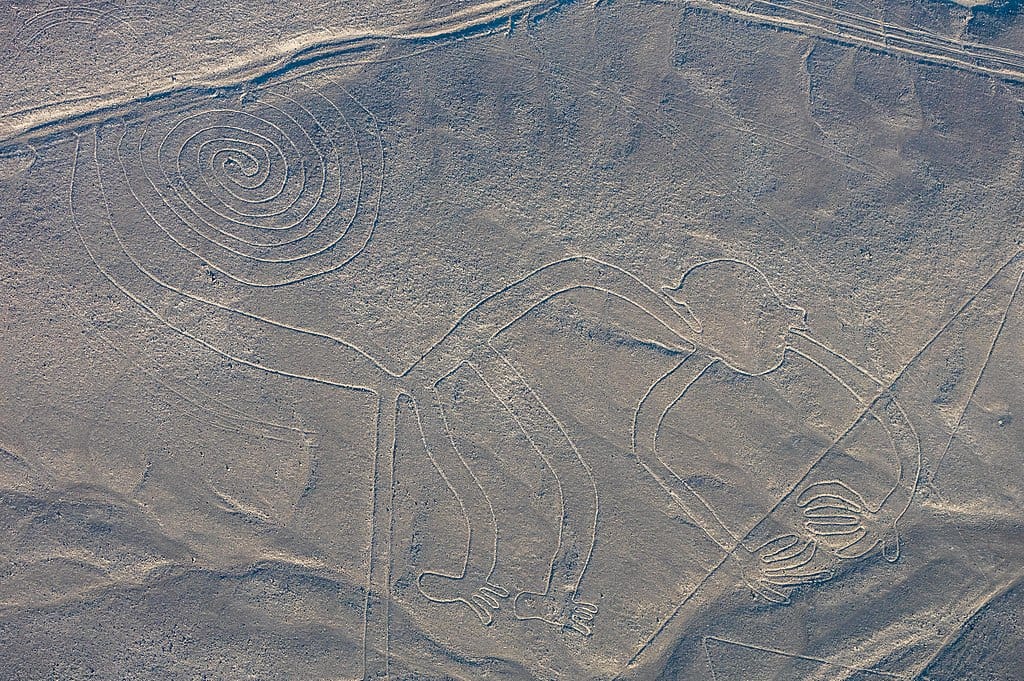 The geoglyphs are mostly straight lines, but some have been found that depict plants, animals, and even human-like pictures. The lime in the soil has preserved them quite well from erosion and other issues created by the elements.

A new line has just been discovered that was, however, on the brink of disappearing, due to its location on a steep slope. It’s an enormous, cat-inspired drawing that has now been cleaned and preserved, and is ready for study. 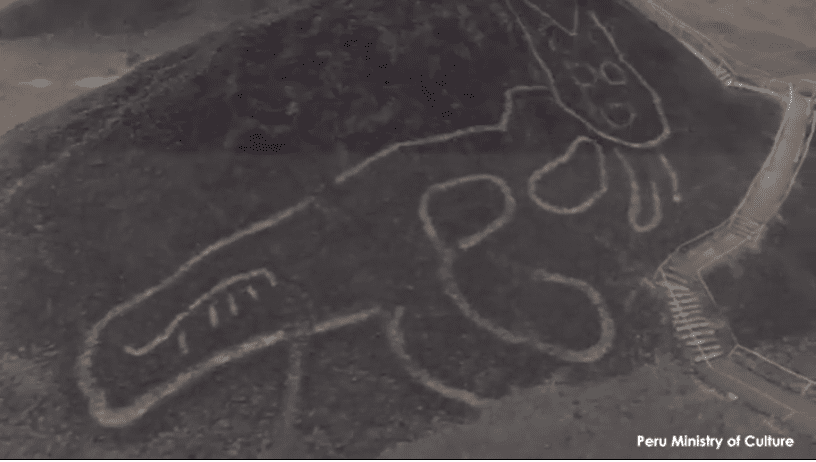 The cat is 121 feet across, and Johny Isla, Peru’s chief archaeologist for the Nazca lines, says the geoglyph predates Nazca culture, having been drawn around 500 BCE-200 CE, well within the late Paracas era.

That makes it one of the oldest geoglyphs in the area, which I guess means we can forgive its technical deficiencies.

Peru’s Culture Ministry issued a statement on the find.

“The figure was scarcely visible and was about to disappear because it’s situated on quite a steep slope that’s prone to the effects of natural erosion. The discovery shows, once again, the rich and varied culture legacy of this site.” 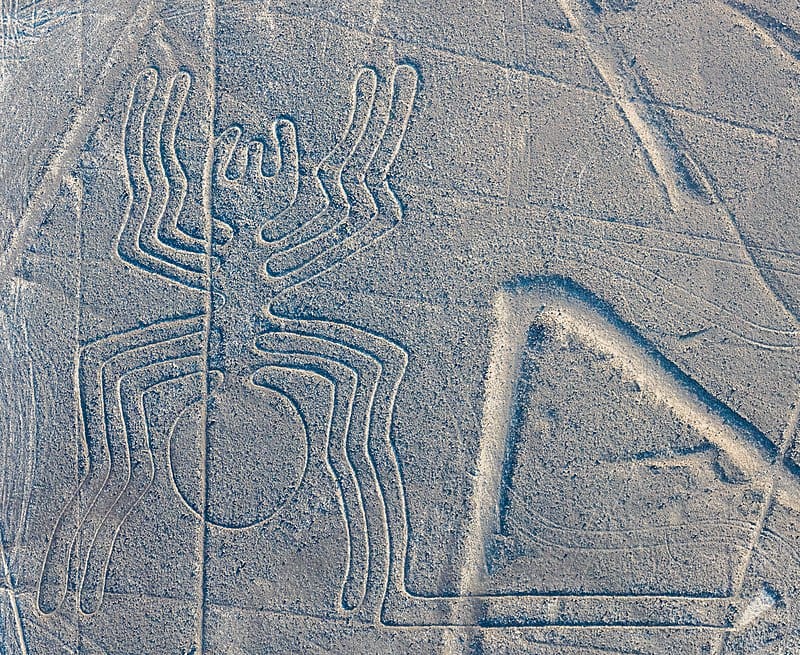 There’s still much to learn about the lines and the culture that left them, and theories range from the drawings being travel markers, to them being drawn for the pleasure of the gods in the sky.

One more argument, I suppose, that even before the internet, people really, really loved cats.