This Second Grade Word Problem Is Torturous and Confusing as Hell

When 8-year-old Ayla asked her mom Angie for help with a math problem, the savvy, smart mom thought it would be no trouble.

She was wrong, and soon she had turned her frustration over to a Facebook mom’s group – and then to most of the internet – as they all struggled to complete second grade work. 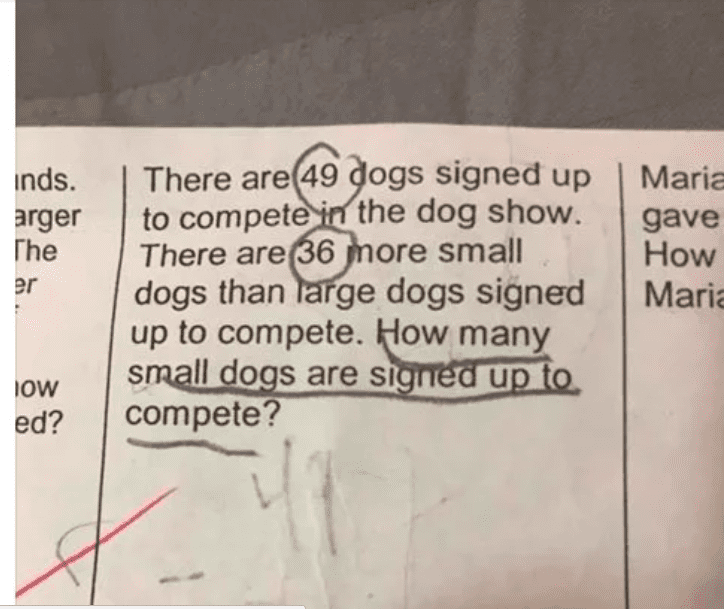 Some people misread the problem, thinking it was a trick question, while others just did the math completely wrong. More than a few people tried to make it harder, wondering if we should account for not-mentioned medium sized dogs (no) and some came up with the answer of 42.5 dogs.

One of the latter camp explained her math as follows:

Many people (rightfully) took issue with the .5 portion of the answer (what is half a dog, exactly?), but Ayla’s teacher finally chimed in and confirmed that 42.5 dogs is the right answer.

Angie said that, according to Ayla’s teacher, “The district worded it wrong. The answer would be 42.5, if done at an age appropriate grade.”

That’s the thing about word problems…sometimes the words don’t quite line up with the numbers.

Solve This Math Puzzle and Call Yourself a Genius