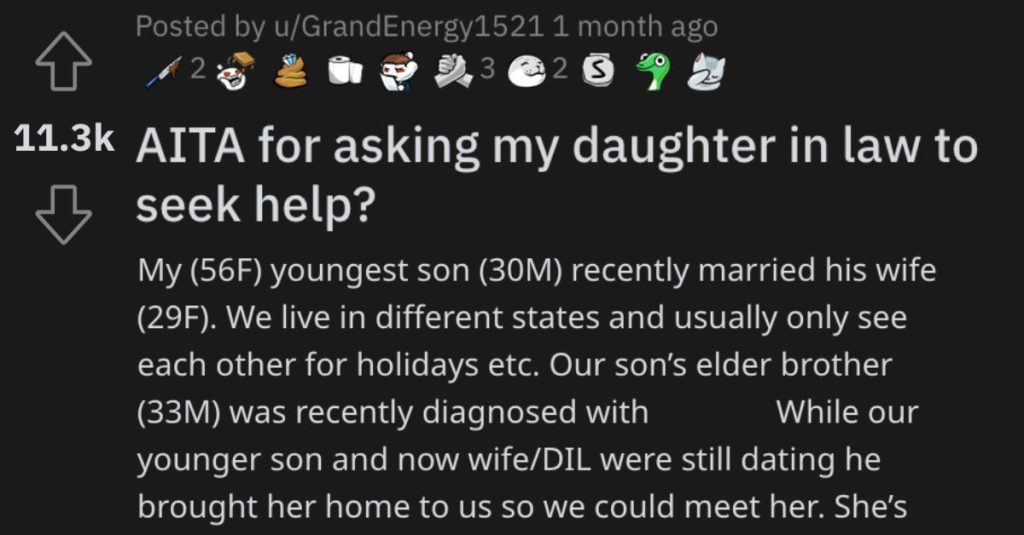 She Asked Her Daughter-In-Law to Seek Help. Is She Wrong?

It’s always a tough discussion to have with someone…

I’m talking about when you suggest that someone you love gets some help.

So was this woman wrong for suggesting that her daughter-in-law get help?

Check out the story below and let us know what you think.

AITA for asking my daughter in law to seek help?

“My (56F) youngest son (30M) recently married his wife (29F). We live in different states and usually only see each other for holidays etc.

Our son’s elder brother (33M) was recently diagnosed with autism. While our younger son and now wife/DIL were still dating he brought her home to us so we could meet her. She’s always been a little off. She’s shy and awkward and prefers doing stuff on a computer to being outdoors.

My husband and I are very outdoorsy and live an active life so I guess we clashed a bit there. She’s always been nice and in the beginning of their relationship she participated in a lot of our activities even if she wasn’t great at them. She comforted our elder son after his diagnosis which was a hard blow for all of us. She said she also felt awkward and weird at times and that is was ok to be “different”. I suspected maybe she meant this as a way of telling us she was on the spectrum too.

About two years ago they had their first kid. They had some issues conceiving and lost a baby before having their daughter. She’s a great kid and we love her so much. Ever since the daughter was born my daughter in law has become even more awkward around us.

We invited them over to celebrate the 4th of July. DIL was tired and didn’t participate in any outdoors activities but instead insisted on working on the computer while our son was the one playing with his daughter outdoors. I asked her what she was doing in front of the screen all the time and she just told me she was catching up on work.

This just seemed off to me because why wouldn’t she want to play with her husband and kid outside? My husband and I spoke privately about our worries that she’s not participating in her daughter’s childhood at all and leaving it all to her husband. We both agreed that we should talk to her about it.

After dinner (yes, there were drinks involved) I went away to do the dishes and I heard raised voices. When I came back to the table DIL was crying as my husband was telling her off quite sharply. He said some things that might have been a bit harsh but nothing untrue.

She stormed off crying instead of discussing the issue further. I followed her to try and talk down the situation and told her we were just worried about her, them as a couple, their daughter.

This is when I told her I think she should seek help/counseling for autism as I figured that was why she was struggling with motherhood. She was extremely offended and told me she was not autistic but suffering from PPD.

They packed their bags and left in a hurry. Later we saw that she had unfriended both my husband and me on Facebook and blocked us from messaging her. They haven’t spoken to us since. Our son is apparently furious according to his brother. We can’t reach out to explain our side of things now that we’re blocked. Both of us meant well and it came from a place of worry for our grandchild.

One person dropped some serious knowledge to drop on this woman… 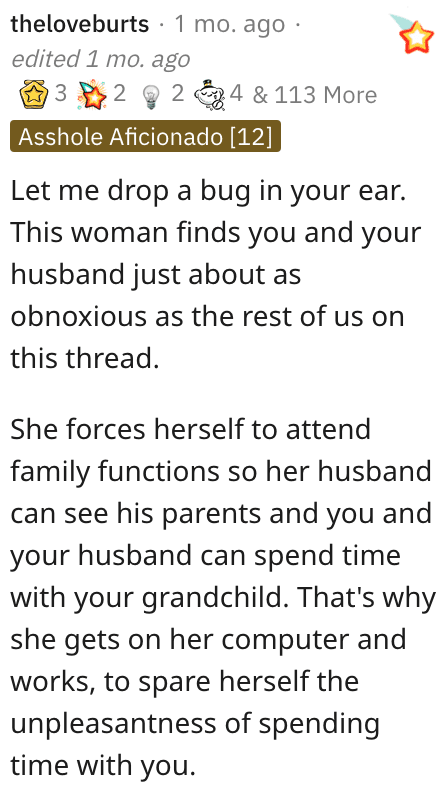 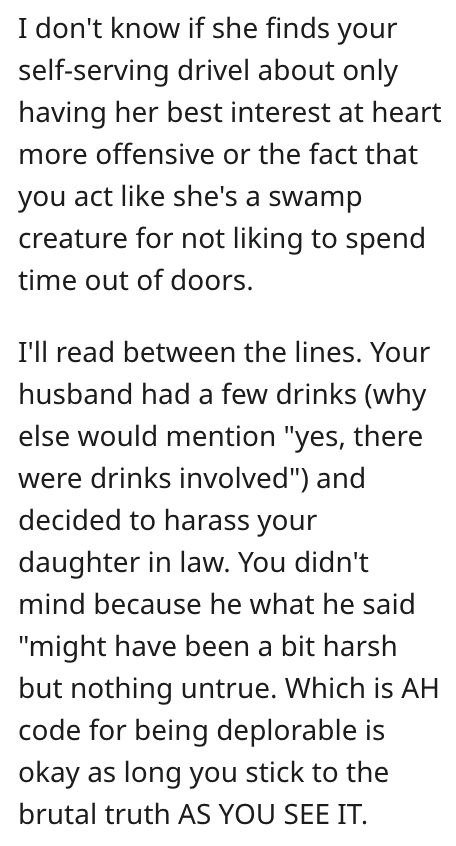 And this Reddit user said this is an a**hole in every conceivable way. 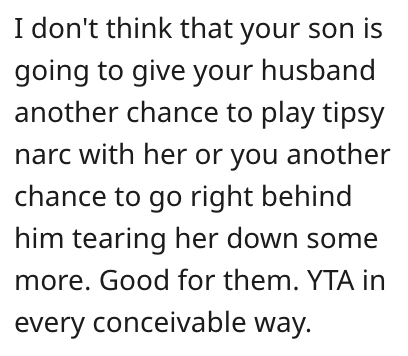 And another reader agreed and said that a lot of things about this woman’s behavior are bizarre. 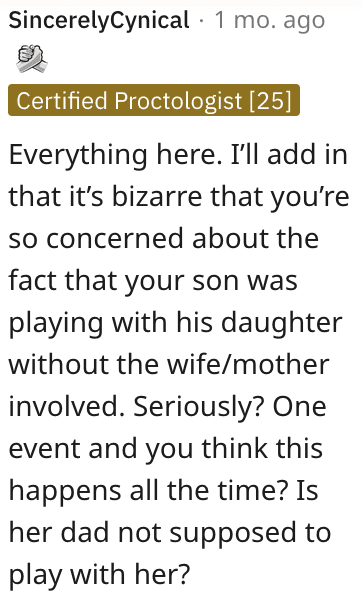