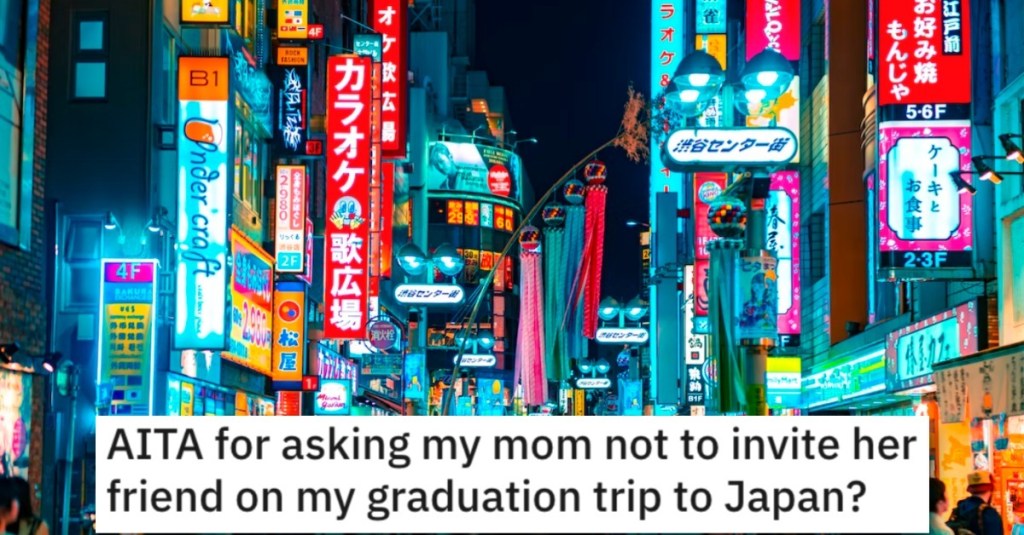 She Asked Her Mom Not to Invite Her Friend to Her Graduation Trip to Japan. Is She a Jerk?

I’m not really sure what the mom in this story is thinking, but it sounds a little fishy to me…

And apparently, her daughter isn’t too thrilled with this plan, either!

Check out her story below and let us know if you think she’s acting like an a**hole.

AITA for asking my mom not to invite her friend on my graduation trip to Japan?

They’ve known each other for years, and got really close during quarantine. So close, that my mom goes over there two-three times a week to spend the night at her house and they’ve gone on several vacations together including Iceland, Arizona, Mexico, Cabo, New York, etc.

Since I (17F) am graduating next year my mom has already agreed in the past that we are going to go wherever I’d like to for my graduation, and I chose Japan. It has already been established that I just want it to be family coming along since my mom always invites Erin and tends to do whatever THEY want to do instead of the rest of us—Dad, Brother, I—since Erin is very particular, and they want a more adventurous trip while we want to take the laid back approach.

However, last week, I decided to bring up the topic again since I just started school and wanted to discuss it a bit more before I forgot. After I finished, my mom adds that she will invite Erin since she’s also always wanted to go there too, it’s her dream destination, etc etc seemingly disregarding how this trip was meant to focus on MY graduation.

Every time we bring up a dream family vacation, she mentions she wants to invite Erin and suggests I bring my close friend, too, I believe, to compensate. I got really angry, but tried to keep my cool since we’ve had these fights before about her always being gone somewhere with Erin, and they never get resolved or end in a shouting match.

I simply repeated that I did not want Erin coming because my mom only caters to her, and if she was going to invite her, I might as well just take the trip alone. My mom laughed at my pettiness, and didn’t acknowledge anything I said before slamming the front door.

I feel bad because Erin is a good person and she has every right to go on a dream trip she’s willing to pay for. I just don’t understand why it has to be during my graduation trip. 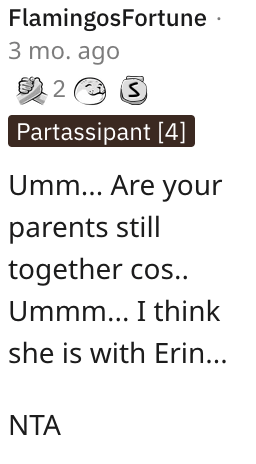 This individual also said she’s NTA but said her mom might not be going, either. 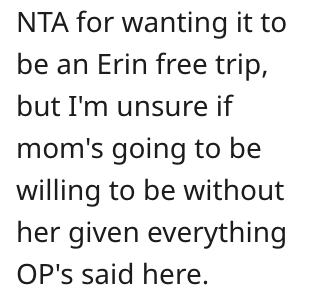 And this Reddit user said she’s NTA and this behavior is suspicious. 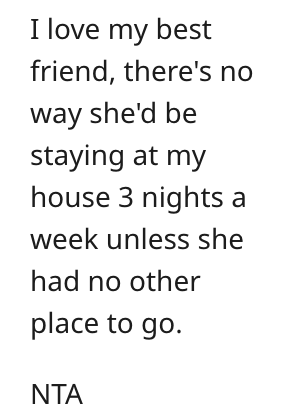