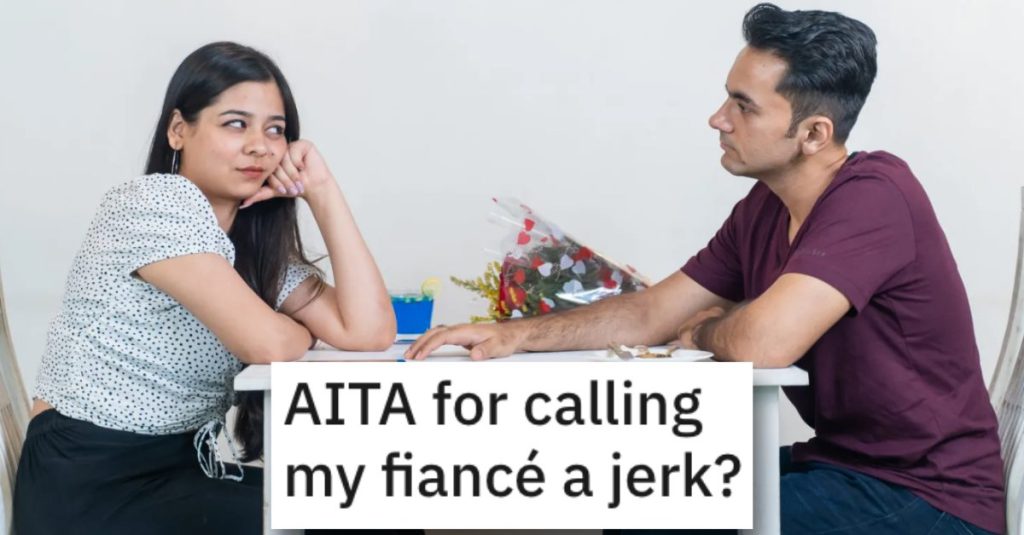 Woman Thinks Her Fiancé Is a Jerk For Giving His Current House To His Daughter. Is She Wrong?

I see quite a few articles on Reddit’s “Am I the A**hole?” page dealing with drama between people and their fiancées…and we all know that’s not good!

AITA for calling my fiancé a jerk?

When my fiancé and I started to date, I noticed that his daughter had the master bedroom, I found it weird because I’ve never seen a child taking over the master bedroom before , but he brushed it off saying that the house was ”hers” so it was normal she slept there, with no further explanation, I thought he meant as in inheritance from when he passed away which still was weird because he was alive, but either way, I didn’t say anything because we were only beginning and I knew it wasn’t my business.

Now that we’re engaged, I said that I wanted to move here to live together for a while before we decided the wedding date, he said that we could do it or we could get our own house now because we will have to do it regardless , I asked what was wrong with this one and he said nothing, but that it was her daughter’s, to be honest now I did get a little mad, I said it wasn’t fair he called it his daughter’s when we were about to get marry and he was supposed to adopt my son, so now the house should be theirs and not only hers, I also said I wanted his daughter out of the master because it was ours.

I got angry and called him a jerk because he should’ve told me the truth before and he said that it’s not like we will be homeless or anything, we still have 3 years and maybe 4 after that because his daughter will leave for college, he said he has always known he has to move out and that’s why he saved.

I asked what else belonged to his daughter that I didn’t know of and he said that his car ( a 2020 KIA) the car that I always use will be hers when she leaves for college. I called him a jerk again and left with my son to my parents house. When I told my family my brother laughed because I talked and acted like a gold digger and called me an AH

I felt betrayed and lied, am I really TA? I think I’m justified.”

One person said she is the a**hole and said it sounds like she’s being pretty unreasonable. 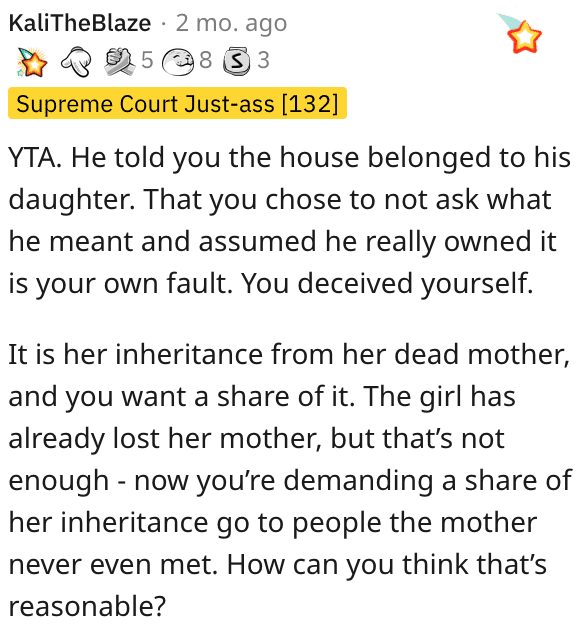 Another individual also said she is the a**hole and that she wants to take something that doesn’t legally belong to her. 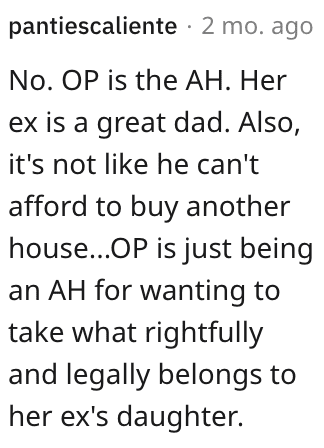