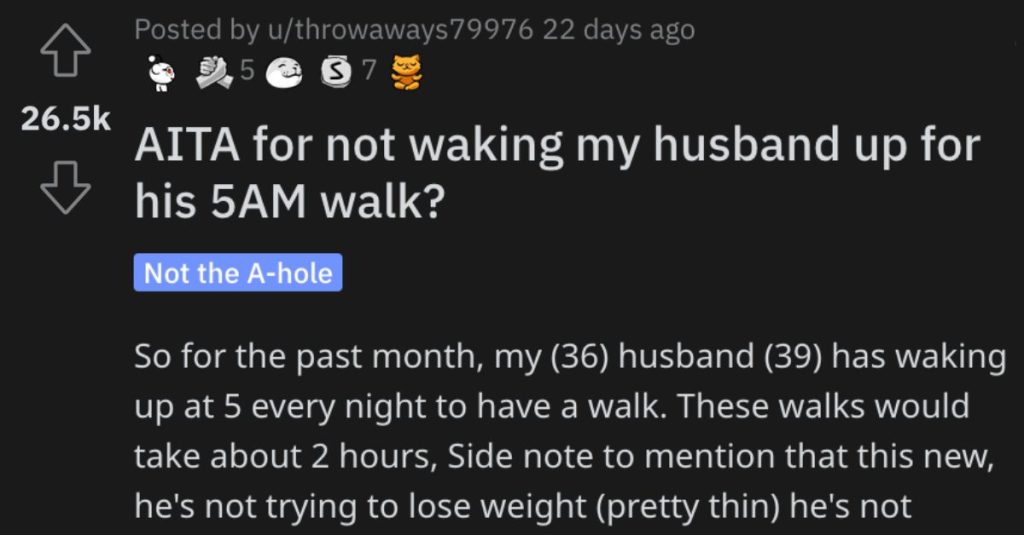 She Didn’t Wake Up Her Husband for His Early Morning Walk. Should She Feel Bad?

Isn’t it up to a person to wake themselves up?

I mean, unless they’re a baby or a little kid, right?

Anyway, a woman took to Reddit’s “Am I the A**hole?” page to weigh in on whether she was wrong for not waking up her husband for his morning walk.

AITA for not waking my husband up for his 5AM walk?

These walks would take about 2 hours, Side note to mention that this new, he’s not trying to lose weight (pretty thin) he’s not athletic by nature nor has sports interests or hobbies. infact, he hated doing any type of sport.

I’m happy for him since it’s an overall positive thing. but yesterday, he came home in the evening after working for long hours then stayed up late playing with his phone. I went to bed at 10 after getting done with the mess and everything.

I woke up by him yelling at me at 7 am asking me why I didn’t wake him up for his 5am walk. He said he missed it and I’m responsible for that. I was so confused I said that first of all, he always wakes up by setting his alarm, why should I be expected to wake him up this time.

He yelled that he forgot to set his alarm. I said so what? it’s no big deal it’s not like….he missed an important meaning or something but he got more angry and said that those walks help improve his health and restore his energy and help him feel better. I made a comment about how missing one walk won’t hurt but he unloaded on yelling about how I was trying to prevent him for doing his hobby for some unknown reason.

I told him he was sorely mistaken even though I admit that those daily 5am walks around the veteran’s park are weird but also his reaction? I really thought it was over the top. He stormed off and went to shower saying I ruined his entire day.

When he got out he started avoiding and ignoring me. Even when I talk to him directly. he went to work and refused to respond to my calls.

Really, I’m at a loss like maybe it was something I said about his walks. but I really don’t know. he’s sulking nonstop as of now and I’m literally about to lose my mind. 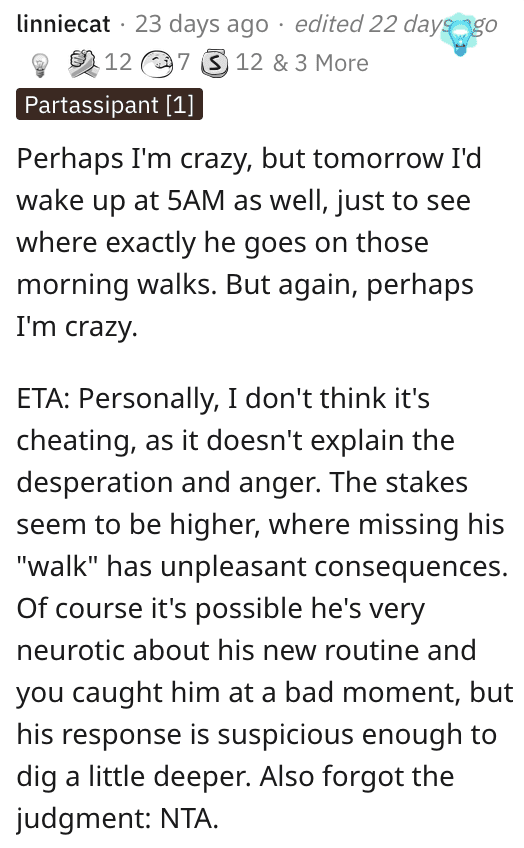 And another individual had a story about something similar that happened to their mom. 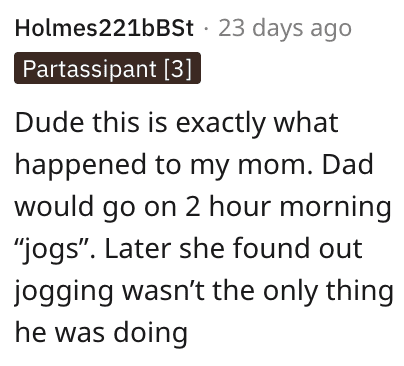 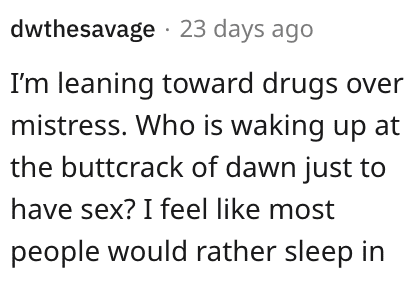 Now we want to hear what you think about this story?