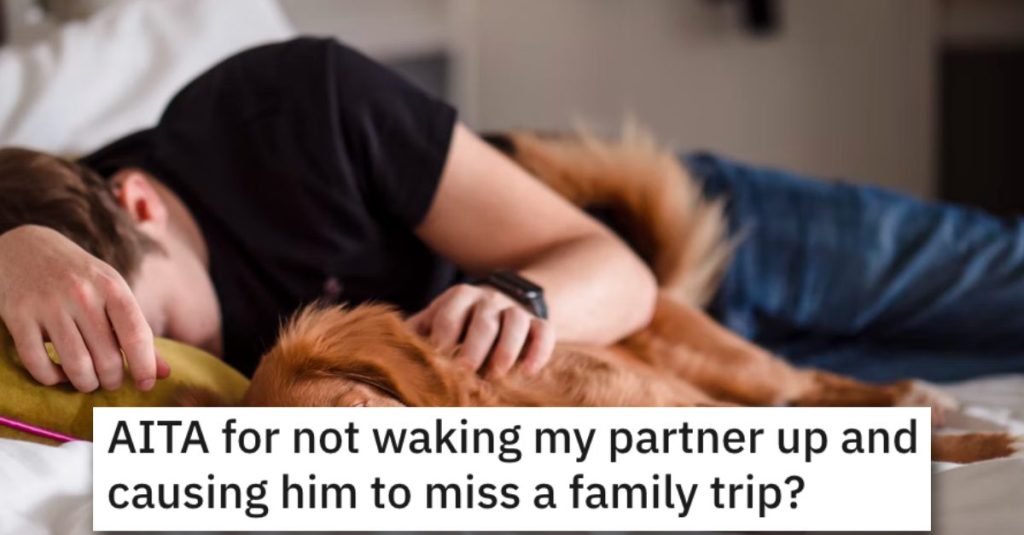 She Didn’t Wake Up Her Partner and He Missed a Family Trip. Is She a Jerk?

You know things gotta be pretty bad if you leave someone behind for what was supposed to be a family trip.

But that’s what happened in this story from Reddit’s “Am I the A**hole?” page.

Read on and see if you think this woman was wrong for what she did.

AITA for not waking my partner up and causing him to miss a family trip?

For a long time there’s been an issue with him getting up to help with the kids of a morning: he thinks he should be able to sleep in on his days off work, while I think he should get up when the kids and I do, or we should at least be alternating who lies in a bit. We’ve been seeing a therapist who has mentioned he should be helping more in the mornings.

Recently we had a family trip planned to the zoo with both of our parents, our sisters and their kids. Previously when we’ve gone out for the day I’ve needed to shake my partner awake several times, and he lies in bed while I get the kids ready. He’ll finally get up 5 minutes before we leave as I shout at him I’m getting in the car.

I’ve mentioned to him that this is very frustrating as it’s a lot of work getting the kids ready to go out, and it’s not fair to leave it up to me while he lies on bed. He’d apologise and promise that the next time he’d get up and help.

The night before the trip I told him I’d need him to be awake at 6.30am, so we could get everyone ready to leave by 8am. He said he’d set an alarm and we went to bed. My alarm went off at 6.30am and I got up, while my partner kept sleeping.

I decided I wasn’t going to wake him this time and continued getting the kids ready. At 8am he was still sleeping, so I loaded the kids in the car and we set off. We arrived at the zoo at 9.30am, and his family asked where he was. I mentioned he was still in bed and chose not to come.

At 10.15am I got a phone call from him asking where everyone was. I said we went to the zoo as planned, and I waited for him to get up but he never did. He got really mad and told me that I should’ve woken him up like I always do, and I caused him to miss the trip.

He then called his mum and complained to her, who yelled at me in the middle of the zoo that I was being unfair and I should’ve given him a shake to let him know he needed to get up, and that I was about to leave. My mother jumped in and said it wasn’t my responsibility to get him out of bed, and he needed to take responsibility for himself.

A few more words were exchanged and his family stalked off for the rest of the trip. I had a blast with my kids, parents, sister, and my nephews. When we got home my partner started on me again about how I should’ve woken him up.

So AITA so not waking him up and going without him?”

And now it’s time to see how people on Reddit reacted to this story.

One reader said this woman is NTA and they added a personal anecdote. 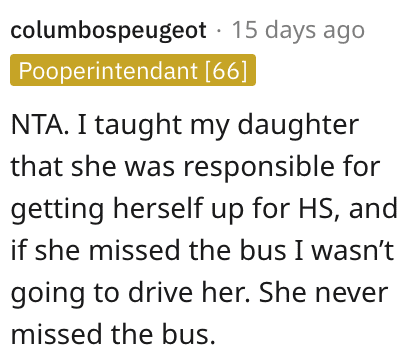 And this individual agreed and said she needs to be firm with her husband. 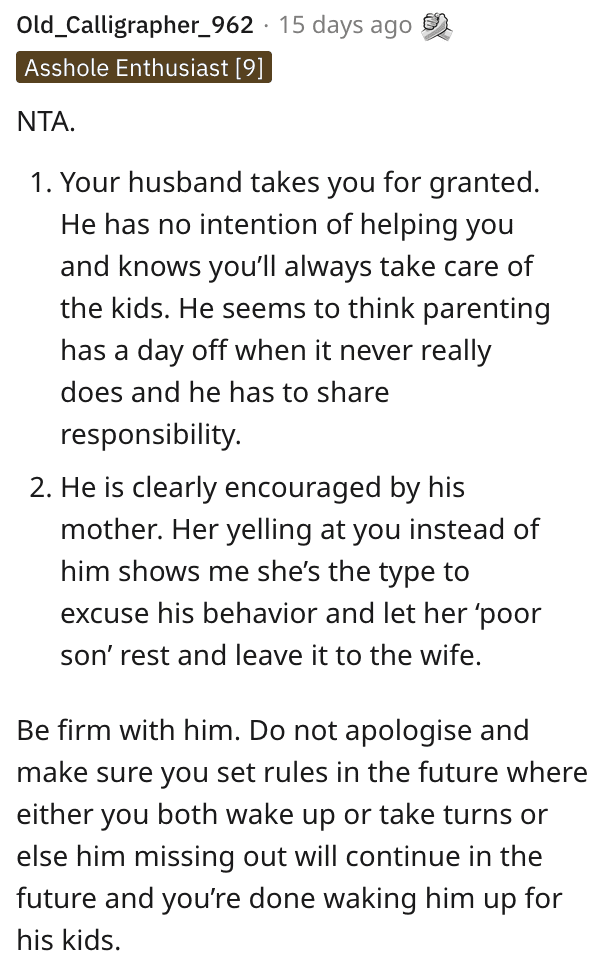 This individual said it sounds like her partner’s mom wants her to raise him, too. 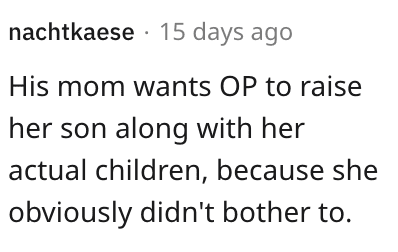