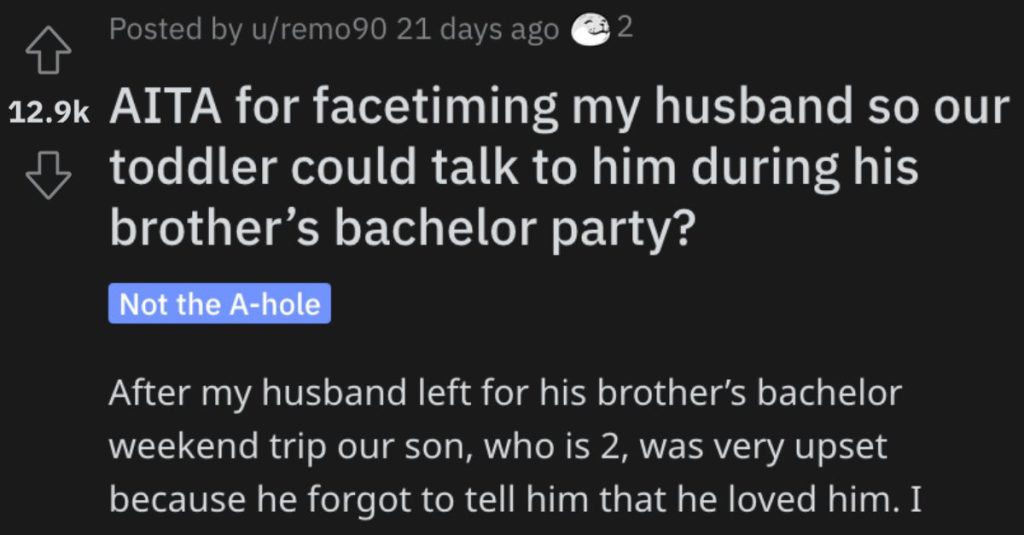 She FaceTimed Her Husband During a Bachelor Party So Their Toddler Could Talk to Him. Was She Wrong?

There are appropriate occasions to FaceTime with someone and then there are instances when it’s not so appropriate.

So which category does this story fall into?

Read on and let us know what you think in the comments.

AITA for FaceTiming my husband so our toddler could talk to him during his brother’s bachelor party?

“After my husband left for his brother’s bachelor weekend trip our son, who is 2, was very upset because he forgot to tell him that he loved him. I thought he would forget about it and I did try to distract him but he was crying for hours over it and was refusing to sleep so I facetimed my husband in the hopes it would calm him down.

I was planning for the call to be a quick 5 minutes but they were talking for over an hour and I could tell that the others were getting impatient.

My brother-in-law text me later on and was upset with me because I had called my husband. He said he was just asking me to give him one weekend of my husband’s time and if I needed help I should ask his parents or get a nanny. He thinks I used my son as an excuse to check in on my husband which annoyed me so we had an argument through texts because I told him I’d call my husband whenever I wanted to.

One reader said that the husband chose to make this a long call so it’s not the wife’s fault. 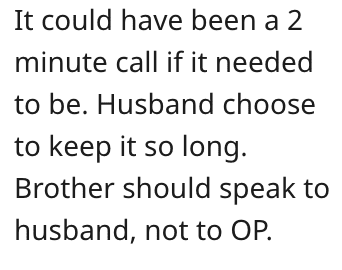 And this Reddit user said she’s NTA and that she should block her BIL’s texts. 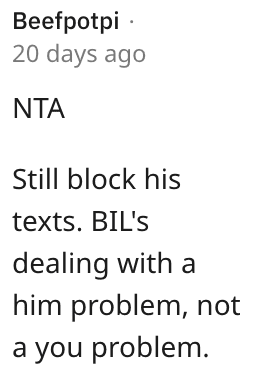 And this individual said that her husband wasn’t annoyed by this and her BIL needs to suck it up. 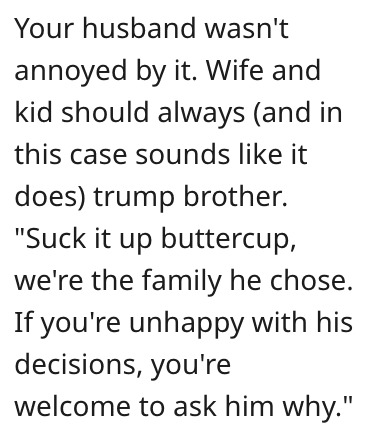