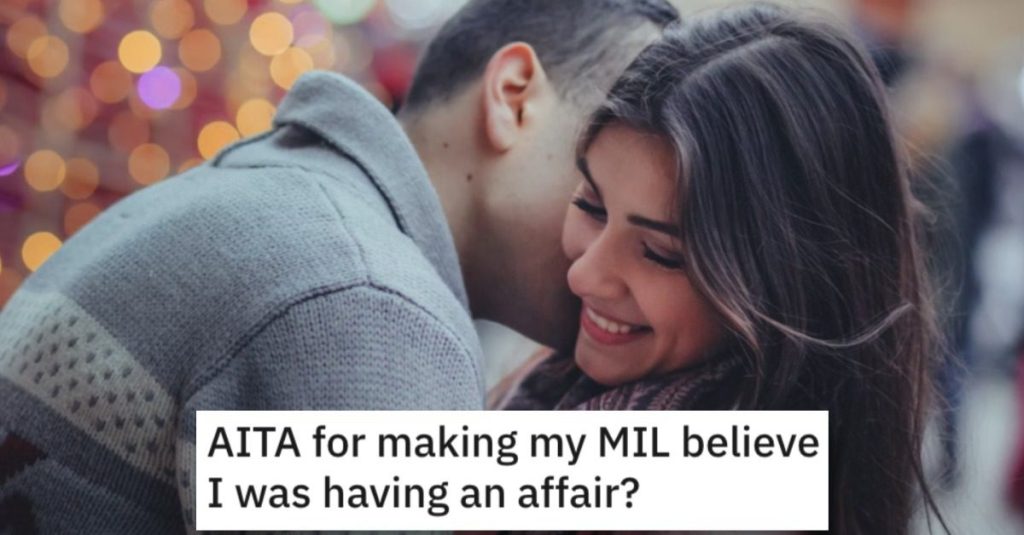 She Made Her Mother-In-Law Believe That She Was Having an Affair. Is She a Jerk?

Well, by the title alone, this sounds like a pretty unusual situation…

You never know what you’re gonna get!

Read on to see what happened in this story and we hope to hear from you in the comments!

AITA for making my MIL believe I was having an affair?

“I (27f) and my husband (26m) are big gaming addicts. Our parents h**e that we played games, and we have got in multiple fights as children and adults over our hobby. It is a sore subject in our family, and we have opted to lie and say we are outside if anyone asks what we are doing.

We both work from home, and right after work we proceed to play games until midnight. None of us like leaving the house, so we are practically next to each other 95% of the time. There is no humanly possible way for either of us to cheat on one another.

I am currently pregnant, and this has caused our inlaws to visit very frequently. Due to this increase in visits, we have reduced much of our gaming time for the better health of the baby and so they do not see us gaming.

We have gotten in argument about how our hobbies are “unacceptable”, “childish” and that we needed to change. Sundays are known to everyone as the “unavailable” day. We always say we are on date or something, but in reality we are at home getting our weekly gaming quota covered.

My husband went to a gaming cafe with friends visiting and I stayed home last Sunday. MIL decided later to call me in the middle of a match, and I suppose I was acting very suspicious because I wanted to end the conversation asap. She asked what I was doing and I replied automatically without thinking that I was on a date with my husband. According to my husband she then later called him and he said that he was at a bar with friends.

MIL decided to visit my house, where I was undoubtedly in the middle of another game. I avoided any phone calls and pretended to not hear the knocking until my match was over (20 minutes or so). Afterwards I answered the door and pretended that I was sleeping which is why I wasn’t answering the phone or door.

MIL exploded at me calling me a cheater and that the child I was pregnant with was not her sons (because otherwise, why would I not answer the door?). The idea that I would cheat, and that it would even be possible to cheat on my partner was so hilarious to me that I burst out laughing which angered MIL even more.

She continued to berate me while I just smiled sitting there thinking how ridiculous all this was. When my husband came home she berated me in front of him about how I was cheating on him. My husband was visibly confused the whole time, and confirmed with his mother that there was no possible way for me to cheat on him.

He explained how we are together practically every moment of the day and when MIL saw he was not getting on her side proceeded to get mad at me for leading her on. She called me an a**hole for pretending to have an affair and never correcting her before she told other people.

Although I never clarified that I wasn’t cheating, I do think that it was not her place to come unannounced and proclaim that I am a cheater. AITA?”

Check out what Reddit users had to say about what happened.

One person said she’s NTA and she needs to stop letting her mother-in-law in their house. 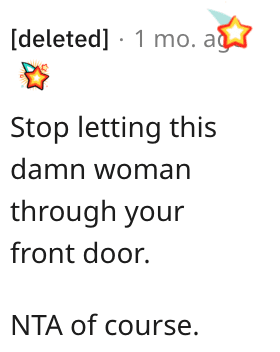 Another Reddit user said they’re adults and they can do what they want with their time. 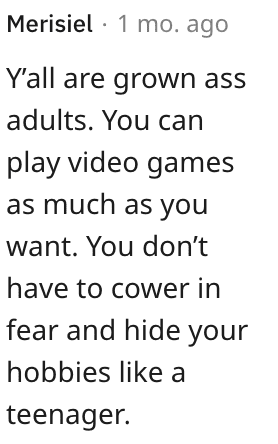 And this person said if her and her husband are gonna have kids, they need to set better boundaries with his mother before they do or else it’s gonna be ugly. 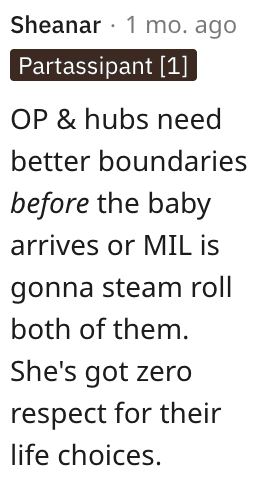