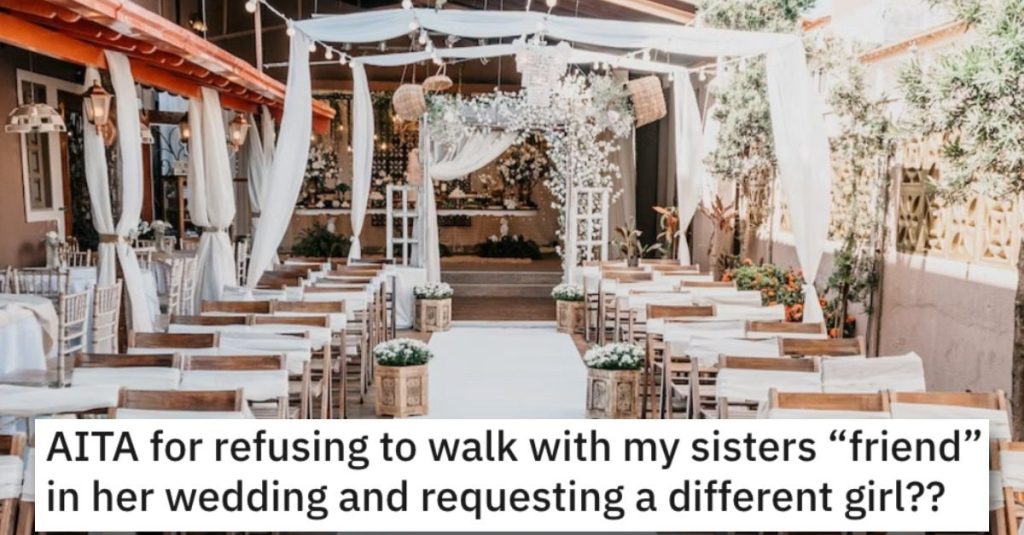 And it comes to us via the “Am I the A**hole?” page on Reddit, which is always chock-full of interesting stories about people really going at it with each other.

AITA for refusing to walk with my sister’s “friend” in her wedding and requesting a different girl?

“Title is weird. So is this whole situation I (27M) find myself in.

I do think the backstory is important here. So my sister is getting married in November. We are really close and always have been. So I find this whole situation to be ever weirder. I’ve been asked to be a groomsman on her fiancé’s side. Me and him are cool and it was important to my sister that I’m included. I was really looking forward to it until I saw who I was paired with.

So two years ago I met this girl named Tara (26F) on a dating app. We started talking daily. FaceTimed a lot. Went on dates. We talked for over 3 months. And I felt like it was actually going somewhere. Well after one of the dates she completely ghosted me. Sent a follow up text but got nothing back.

I won’t lie. I was really upset. I even talked to my sister about it. Well Covid hit and I moved away for a job. Come back to find out my sister and Tara are now friends? Apparently my sister got a new job. Tara recognized the last name. Reached out to her and they became friends. Such good friends in fact that she is now a bridesmaid and hangs at my parents house.

And my parents know her? I found out they were friends literally 3 weeks ago. She never mentioned it to me. I asked if she knew it was the Tara I got ghosted by. And she said Tara had told her. But wanted to keep their conversations private.

Then a random text from Tara. Asking what I wanted to do for our entrance dance. I immediately called my sister. Who informed me that Tara and I would be paired up. Including the entrance dance. I asked why. I know many of her bridesmaids and she had to pair me with the one who ghosted me? She said she had her reasons. And Tara also asked for me specifically.

I never responded to Tara and instead went to talk to my sister in person. Got the same answers. And this time she sounded offended??? that I asked for a different person. I told her how uncomfortable it made me. And she told me to stop overthinking. And just have fun. I said that she didn’t understand how hurt I was.

She said she had an idea, but to just do it as her wedding gift. I told her I’d be stepping down from the wedding party. I’ll just go as a guest. She went apes**t. Saying I couldn’t do that. And she wanted me up there.

I said fine then switch me to a different girl. She said she wasn’t going to. So I told her I’d be dropping out. My parents are calling me an AH. But I don’t think I am. It’s a weird request and I’m not about it.

One person said he’s NTA and that they’re trying to force them together. 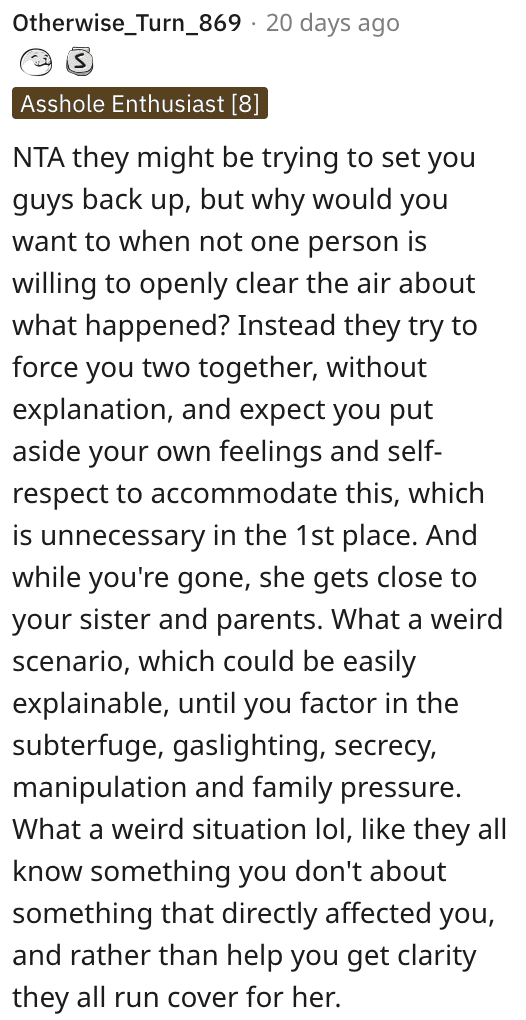 Another Reddit user offered up a possible explanation and said that either way, he is NTA. 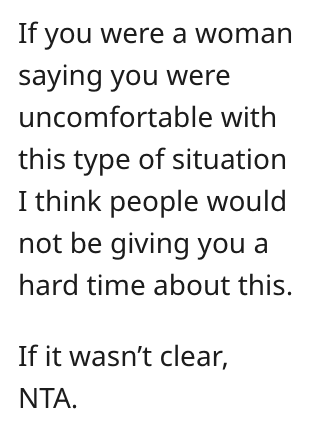